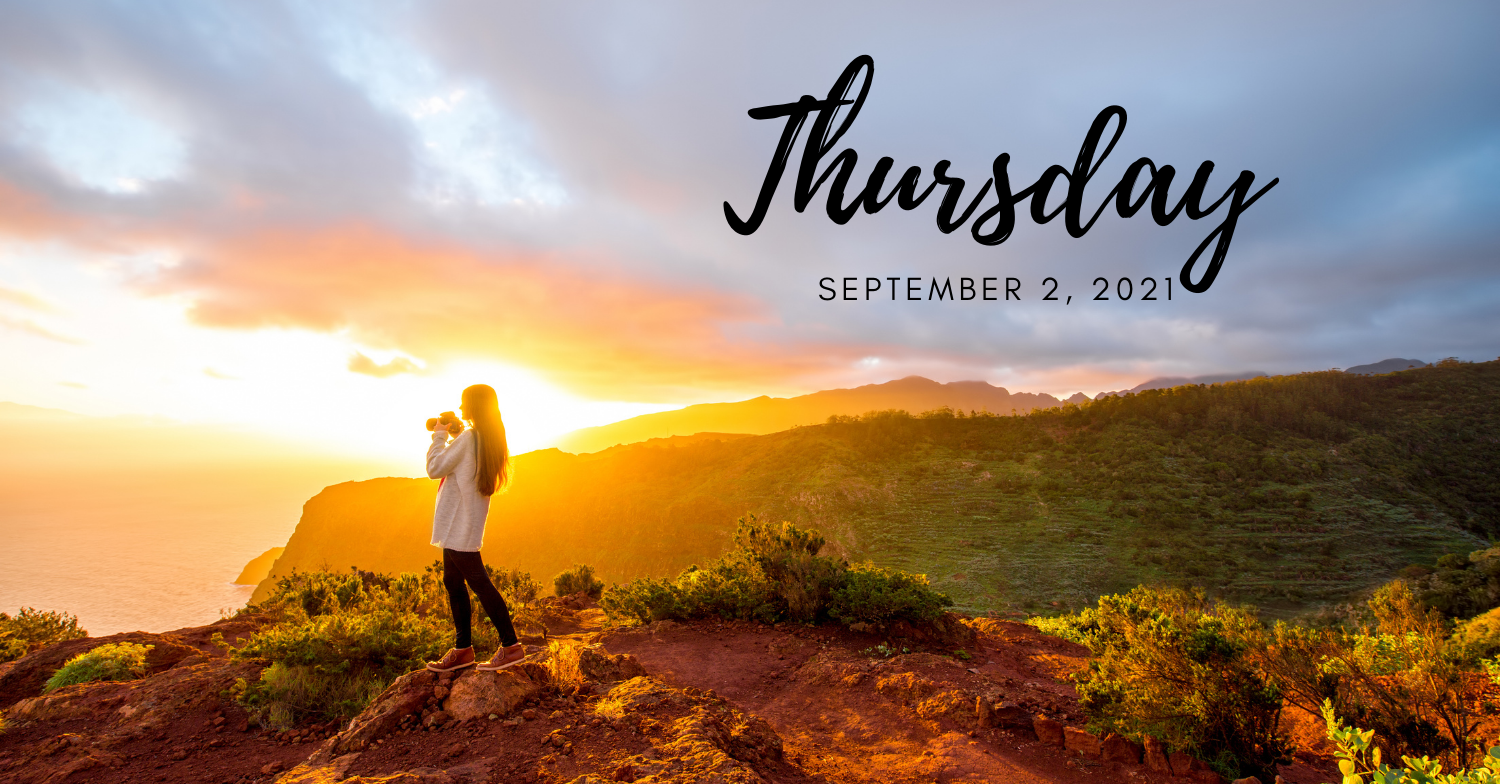 * In Less Than 45 Days Operation Starfall

* WHO Says It Is Monitoring A NEW COVID Variant Called 'MU'

* Where Are Fleeing Afghans Finding Refuge?

IN LESS THAN 45 DAYS | OPERATION STARFALL

Florida Congressmen Maria Elvira Salazar and Michael Waltz, and New York Representative Claudia Tenney, along with a dozen Republican legislators, presented this Tuesday to the US Congress the American Liberty and Internet Access Act (HR 5123), a project that implements the “Operation Starfall ”, a strategic plan to provide access to wireless communications abroad in the midst of blackouts, disasters “or when rogue regimes shut down access to Internet”.

Operation Starfall is a strategic plan to deploy stratospheric balloons, hot airships or satellite technology capable of rapidly delivering wireless Internet anywhere on the planet from high altitudes. “The measure is essential to protect the safety and well-being of American citizens in the country and abroad, ”said Congresswoman Salazar’s office in a press release. Read More

Just days ago on August 27th, a very interesting and concerning bill was introduced before the US House of Representatives, H.R.5123 – The American Freedom and Internet Access Act of 2021, by Republican Rep. Maria Elvira Salazar and a dozen other Republican lawmakers as heard in the 1st video at the bottom of this story.

While internet freedom and the ability of Americans to access the internet and alternative information free of restrictions sound like a great idea, once we dug a little bit deeper, we’ve found that something sinister is lurking behind the scenes.

With H.R. 5123 also known as ‘Operation Starfall’, this new Fox News story published on Tuesday about ‘Operation Starfall’ gave us a look from behind the scenes at what might be ahead, and to understand it properly, we need to read very closely ‘both the lines and between the lines’. From Fox News before we continue.:  Read More

“The Biden Administration refused to help the people of Cuba when they needed it the most, so Congress must act to ensure we have a clear strategy to deploy in a time of crisis” said Rep. Salazar. “We cannot stand by when tyrants shut off the lights and when American security is at risk. With Operation Starfall, we can improve homeland security and be ready to restore internet, freedom, and prosperity to those in need.”

“The Biden Administration failed when the Cuban people needed their solidarity the most as they took to the streets to oppose the country’s communist regime,” said Rep. Waltz. “Congress must now step up to fill the void in leadership from the White House and provide the people of Cuba and elsewhere in the world access to information and communication that their government’s refuse to allow. Operation Starfall will help expose the grotesque human rights abuses happening in Cuba and other repressive regimes and provide a platform for those seeking freedom over oppression. Consider how even more tragic the withdrawal from Afghanistan would have been during a blackout and Americans had no method of communication.”

“When dictatorships and authoritarian regimes face pressure from their own people to reform, the first thing they do is shut off access to the internet. In recent years, this pattern of malicious behavior has played out across the globe, from Havana to Tehran. The United States is the most technologically advanced nation in the world and we have the tools to circumvent these shutdowns and stop the censorship. We cannot continue to stand by and allow the voices of those living under tyranny to be silenced. I’m honored to join with Representatives Salazar and Waltz to introduce the American Freedom and Internet Access Act. Operation Starfall will expand our capacity to deliver reliable and secure connectivity and circumvention tools to those who need them most in times of crisis,” said Rep. Tenney.

Operation Starfall is a strategic plan to deploy stratospheric balloons, aerostats, or satellite technology capable of rapidly delivering wireless internet anywhere on the planet from high altitudes. With the use of emerging technologies that already exist in the private sector, it can be employed to create wireless internet networks covering a target geographic territory. At home, Operation Starfall would be deployable across the United States in the wake of floods, hurricanes, or wildfire devastation when local communications infrastructure is disabled. Read More

WHO Says It Is Monitoring A New Covid Variant Called ‘Mu’

The World Health Organization is monitoring a new coronavirus variant called “mu,” which the agency says has mutations that have the potential to evade immunity provided by a previous Covid-19 infection or vaccination.

Mu — also known by scientists as B.1.621 — was added to the WHO’s list of variants “of interest” on Aug. 30, the international health organization said in its weekly Covid epidemiological report published late Tuesday.

The variant contains genetic mutations that indicate natural immunity, current vaccines or monoclonal antibody treatments may not work as well against it as they do against the original ancestral virus, the WHO said. The mu strain needs further study to confirm whether it will prove to be more contagious, more deadly or more resistant to current vaccines and treatments. Read More

The National Highways & Motorway Police (NHMP) has announced that after September 15, unvaccinated people will not be allowed to travel on the motorway. Amid the ongoing fourth wave of the coronavirus pandemic, the government and its departments have accelerated vaccination efforts across the country. The NHMP announced on Thursday that people should "get ready" and "get vaccinated" before September 15 and carry their vaccination certificates with them.

Get ready! #Get_vaccinated before 15th September and carry your certificate along! pic.twitter.com/tw1X22jg1N

Where Are Fleeing Afghans Finding Refuge?

Afghans have left their country in large numbers for the last four decades, fleeing a communist coup, a destabilizing Soviet invasion that led to the Taliban’s repressive theocracy, and the tumult that followed “Operation Enduring Freedom.” The result is the third-largest displaced population in the world.

Now, the collapse of Afghanistan’s Western-backed government, abrupt pullout of US troops, and return to power of the Taliban have spurred more Afghans to seek a way out – braving potentially deadly attacks in the process.

Dozens of countries have pledged to take Afghan refugees in, both before and after the 31 August deadline for a full US military withdrawal.

As of last week Canada had evacuated about 3,700 people from Kabul, including many Afghans who will be resettled locally, and it has promised to ultimately take in a total of 20,000. The UK has pledged to welcome as many as 20,000 Afghan refugees, Australia has made room for 3,000 within an existing resettlement program, and Tajikistan, already home to a sizeable Afghan refugee population, has committed to taking in 100,000 more. Read More

Could COVID-19 Become Endemic? An Expert Explains What That Means

GRAD: The expectation that COVID-19 will become endemic essentially means that the pandemic will not end with the virus disappearing; instead, the optimistic view is that enough people will gain immune protection from vaccination and from natural infection such that there will be less transmission and much less COVID-19-related hospitalization and death, even as the virus continues to circulate.

The expected continued circulation of SARS-CoV-2 stands in contrast with the first round of SARS in 2003 and with the Ebola virus outbreak in West Africa in 2014, when public health measures ultimately stopped spread and brought both outbreaks to an end. While there are important differences among the viruses and the contexts, this comparison underscores the critical need to improve our global public health infrastructure and surveillance systems to monitor for and help respond to the inevitable next potential pandemic virus. Read More

On Tuesday, Reuters obtained leaked transcripts of Biden’s final call with Ashraf Ghani – the recently departed president of Afghanistan – before the Taliban completed their overthrow of the country.

During the call on July 23rd, Ghani communicated how serious the situation was, saying the country was undergoing an assault from a “full- scale invasion” of about “10,000-15,000 international terrorists.” He also explained that the Taliban had full logistical support and planning, courtesy of Pakistan.

Biden paid no attention, he pressured the then-president to create a “perception” that the Taliban hadn’t been advancing at such a rapid pace, “whether its true or not.”  Read More

Texas Passes Most Restrictive Abortion Law In US

The law says doctors cannot perform or induce an abortion if a heartbeat can be detected, as early as six weeks into a pregnancy. There are no exceptions for rape or incest, only medical emergencies.