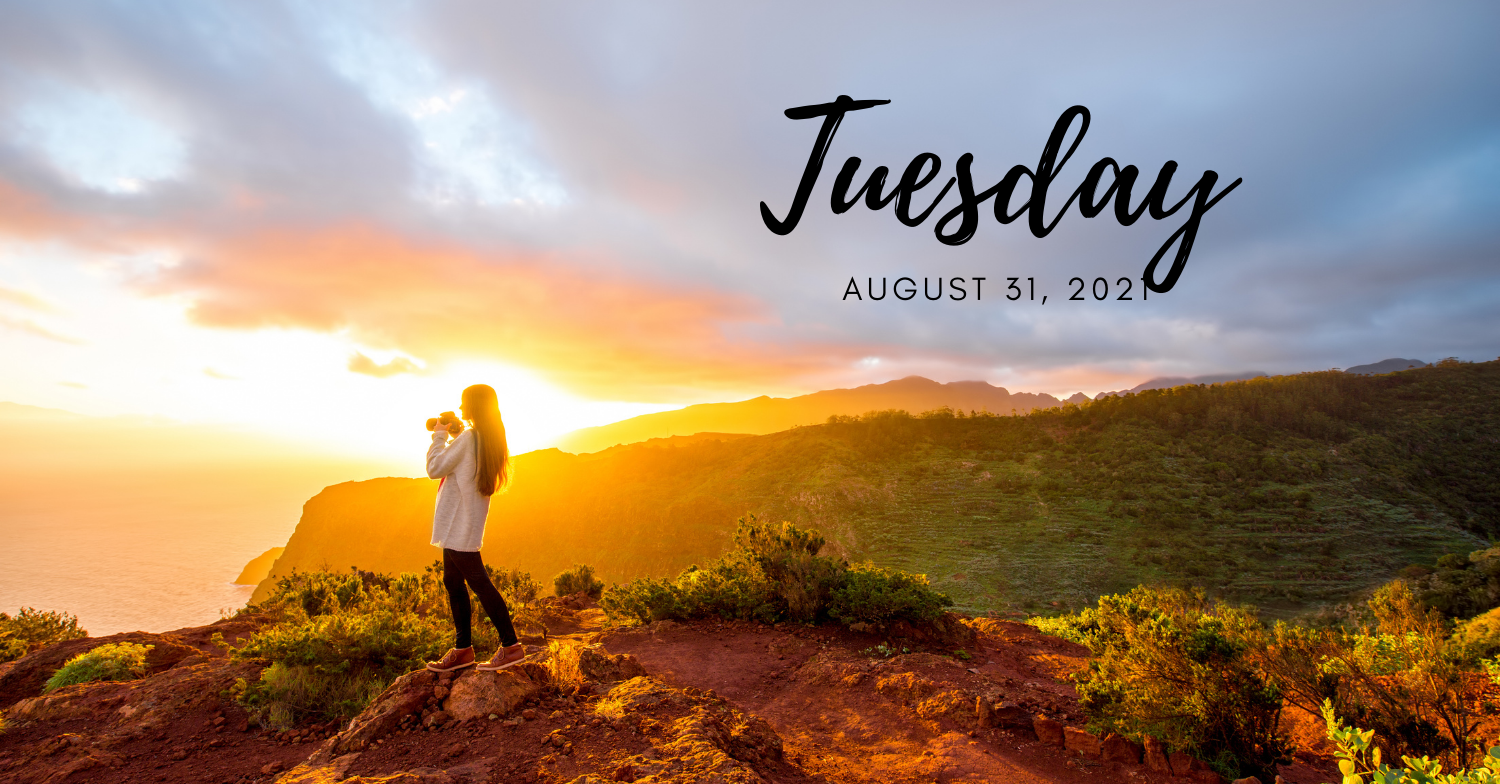 * Nobel Prize Winner: COVID Variants " Are A Production And Result From Vaccination"

* As Inflation Skyrockets In The U.S. Russia And Saudi Arabia Sign Agreement Ending The 'Petrodollar,' Putting The U.S. Dollar And Economy At Even Higher Risk

Keller Williams charity organization KWcares buys hundreds of gallons of gas and hundreds of generators and heads south to help with the recovery effort. Video of a trailer full of gas tanks being filled and interview.

Scientists have known for decades that an extreme solar storm, or coronal mass ejection, could damage electrical grids and potentially cause prolonged blackouts. The repercussions would be felt everywhere from global supply chains and transportation to internet and GPS access.

Less examined until now, though, is the impact such a solar emission could have on internet infrastructure specifically.

New research entitled ‘Solar Superstorms: Planning for an Internet Apocalypse’ shows that the failures could be catastrophic, particularly for the undersea cables that underpin the global internet.

Abdu Jyothi’s research points out an additional nuance to a blackout-causing solar storm: the scenario where even if power returns in hours or days, mass internet outages persist. Read More

This is a guidance document for countries and implementing partners on the technical requirements for developing digital information systems for issuing standards-based interoperable digital certificates for COVID-19 vaccination status, and considerations for implementation of such systems, for the purposes of continuity of care, and proof of vaccination.

As thousands of Israelis rush back to their health funds in search of a third COVID-19 vaccine shot and a Green Pass from isolation after traveling abroad, others are asking if another injection of messenger RNA is safe.
The American Food and Drug Administration provided full approval of the Pfizer coronavirus vaccine last week, but noted in its press release that “information is not yet available about potential long-term health outcomes.”
However, Tal Brosh, head of the Infectious Disease Unit at Samson Assuta Ashdod University Hospital, told The Jerusalem Post that while he cannot claim to know what is going to happen in 10 years, “there is no true reason to think there are any significant long-term effects” of the vaccine. Read More
*******************************************************************

A severe shortage of truck drivers in the US has led to more companies bringing in drivers from abroad, with South Africa seen as a key market.

Anda Malescu, the managing partner at Miami-based Malescu Law, told the Financial Times that companies are growing increasingly desperate due to a lack of workers.

Malescu said her firm is helping trucking companies to source drivers from ket markets such as Mexico, Canada and South Africa – despite strict travel restrictions and quotas on visas.

In addition, companies such as Walmart are offering an $8,000 (R117,00) signing bonus for some drivers, while British retailer John Lewis announced plans to raise driver salaries by up to £5,000 (R100,000) a year as the UK also faces shortages. Read More

Science fiction has become a reality with recent developments toward biohacking through nanotechnology. Soon, science and industries may soon realize the potential of human hacking... but at what risk versus reward? Medical nanotechnology is one of these such topics. Many experts believe nanotechnology will pave the way for a bright, new future in improving our wellbeing. Yet, at the core of this biohacking are machines and as we've seen with other technologies -- there are very real risks of malicious intent. In this video, we share some of the applications being developed combining nanotechnology and medicine. We also look at the potential risks found in the practice and how we may mitigate issues before they're problematic. We also share how companies can reduce security flaws and curb public perception so the nanotechnology industry can flourish without major setbacks. Want to learn more about this budding area of science and medicine?

As a fully-engineered Technocracy where science can do no wrong, China is now cracking down on any dissent over economic policies and the official party narrative of economic perfection. Economic writers have been harshly critical of China’s policies in the past and apparently are now considered to be enemies of the state. ⁃ TN Editor

It’s bad enough Central Banks of the world have unilateral power to redistribute purchasing power in any way they deem fit, at any time, facing little to no consequences from their respective governments.

Nobel Prize Winner: COVID Variants “Are A Production And Result From The Vaccination”

This world-class virologist and recipient of the Nobel Prize in Medicine clearly articulates what other scientists have claimed, that it is the mRNA vaccines themselves that are causing the mutations (“variants”) of the virus around the world. He flatly states that the mRNA vaccine is a “scientific error as well as a medical error.” ⁃ TN Editor

Luc Montagnier, a French virologist and recipient of the 2008 Nobel Prize in Medicine for his discovery of the human immunodeficiency virus (HIV), has recently exposed the dangers of the COVID-19 vaccines. Montagnier discussed the issue in an interview with Pierre Barnérias of Hold-Up Media earlier this month, which was exclusively translated from French into English for RAIR Foundation USA.

The vaccines don’t stop the virus, argues the prominent virologist, they do the opposite — they “feed the virus,” and facilitate its development into stronger and more transmittable variants. These new virus variants will be more resistant to vaccination and may cause more health implications than their “original” versions. Read More

As Inflation Skyrockets In The US, Russia And Saudi Arabia Sign Agreement Ending The ‘Petrol Dollar’, Putting The US Dollar And Economy At Even Higher Risk

We reported previously how Janet Yellen was predicting rapid inflation in July. Over the weekend it was reported that inflation was at a 30-year high. Yellen also warned that not raising the debt limit would injure the economy in July.  This issue was not addressed in the $5 trillion of spending pushed through last week.  Newsweek reported in July: Treasury Secretary Janet Yellen warned members of Congress on Friday that if the debt ceiling is not raised, it will risk “irreparable harm to the U.S. economy and the livelihoods of all Americans,” according to the Daily Caller. Read More

Met with Russian Defense Minister Sergey Shoygu to explore ways to strengthen the military and defense cooperation between our two countries. We discussed our common endeavor to preserve stability and security in the region, and reviewed shared challenges facing our countries. pic.twitter.com/T7lVdITZPt

UPDATES- -All of New Orleans is currently without power Hurricane Ida made landfall at 12:55 p.m. near Point Fourchon, Louisiana with winds tied for the most intense hurricane on record to strike Louisiana, at 150 mph. As of 7pm ET, Ida was a strong Category 3 storm with maximum sustained winds up to 125 MPH. Max sustained winds of 150 mph, tied with two other hurricanes for record landfall. Over half a million residents without power Surge could result in 12-16 feet of inundation; so far the surge has reached at least 4 to 7 feet in southeast Louisiana and coastal Mississippi, engulfing roads, homes, businesses and marinas. New Orleans’ flood protection system, bolstered by a $14.5 billion investment post-Katrina, will be tested by Ida’s surge and torrential rain. The storm could unload up to two feet of rain in parts of southeast Louisiana, causing severe flash flooding. Downed trees and widespread power outages could last weeks The core of the storm’s hurricane-force winds could pass through Houma and Baton Rouge and very close to New Orleans, producing structural damage, downed trees and widespread power outages, which could last weeks.

Levee overtopped in the town of Braithwaite, the entire community innundated by water flooding an entire neighborhood. Nearly 200 people were threatened or had to be water rescued. Drone shots of homes and cars deep in water, streets flooded, the flood gate. All shots from drone.

Developments in artificial intelligence (AI) are leading to fundamental changes in the way we live. Algorithms can already detect Parkinson's disease and cancer, and control both cars and aircraft. How will AI change our society in the future? This documentary journeys to the hot spots of AI research in Europe, the USA and China, and looks at the revolutionary developments which are currently taking place. The rapid growth of AI offers many opportunities, but also many dangers. AI can be used to create sound and video recordings which will make it more and more difficult to distinguish between fact and fiction. It will make the world of work more efficient and many professions superfluous. Algorithms can decide whether to grant loans, who is an insurance risk, and how good employees are. But there is a huge problem: humans can no longer comprehend how algorithms arrive at their decisions. And another big problem is AI’s capacity for widespread surveillance. The Chinese city of Rongcheng is already using an AI-supported 'social credit system' to monitor and assess its citizens. Does AI pose a danger to our personal freedoms or democracy? Which decisions can we leave to the algorithms - and which do we want to? And what are AI’s social implications?