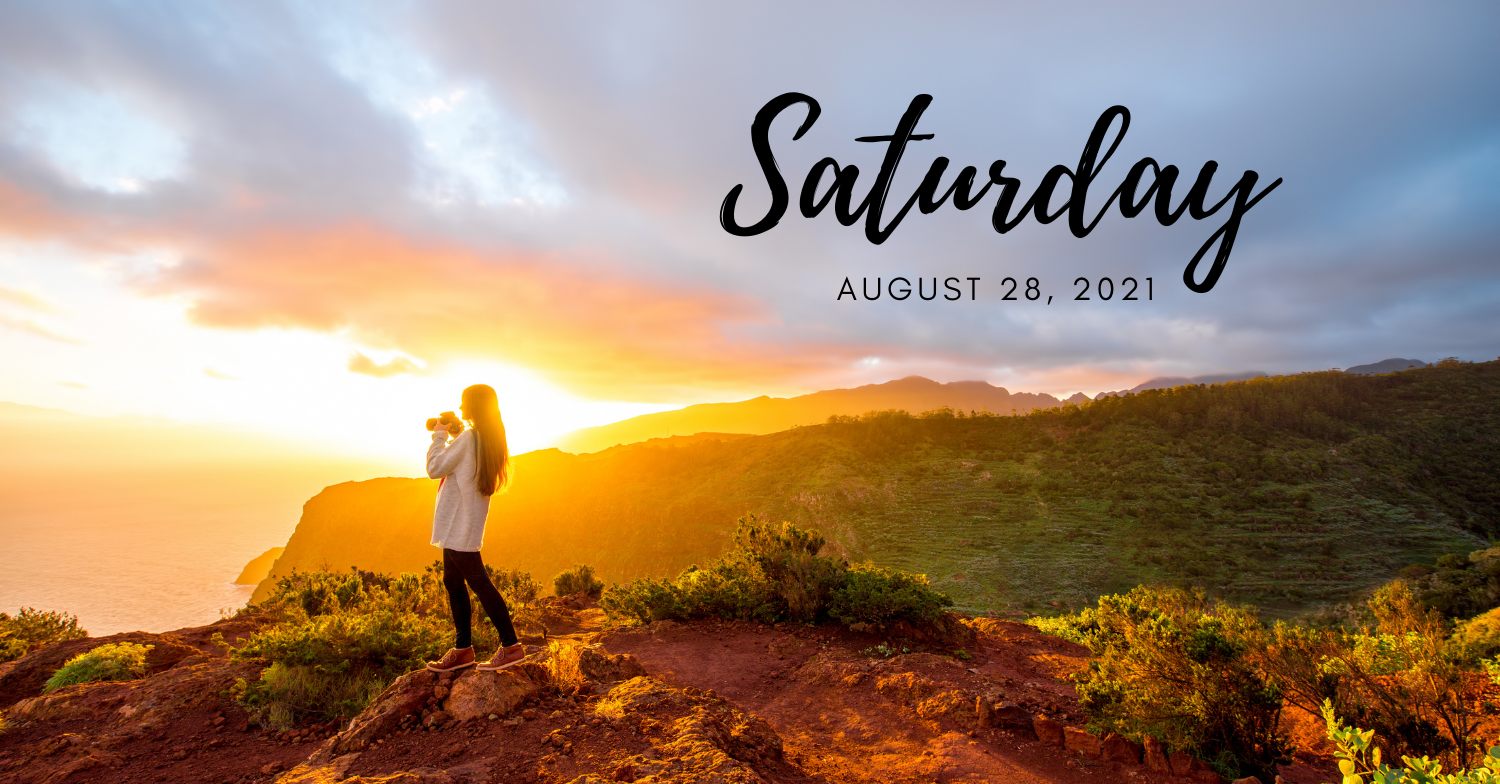 * Afghanistan Terror Attack What We Know About The Marine's

* Pentagon Holds Briefing On Evacuation From Kabul And SIV Holders

* The American Empire Is Ready To End

Afghanistan Terror Attack: What We Know About The Marines & Sailors Who Were Killed

Thirteen American service members screening Afghans desperate to fly out of the country died Thursday in a suicide bombing at the Kabul airport in Afghanistan. President Joe Biden called the military members heroes, representing the best of America, working selflessly to help others escape the Taliban regime that has retaken the country. They were part of the bravest, most capable, most selfless military on the face of the Earth," Biden said. "And they were part of simply what I call the backbone of America. They're the spine of America, the best the country has to offer." The blast took place at the Abbey Gate as would-be evacuees were searched, leaving scores dead and injured. An Afghan offshoot of the Islamic State took responsibility. Biden vowed retribution, saying, "We will hunt you down."

Snowden Warns: Apple Has Declared War On Your Privacy

By now you’ve probably heard that Apple plans to push a new and uniquely intrusive surveillance system out to many of the more than one billion iPhones it has sold, which all run the behemoth’s proprietary, take-it-or-leave-it software. This new offensive is tentatively slated to begin with the launch of iOS 15⁠—almost certainly in mid-September⁠—with the devices of its US user-base designated as the initial targets. We’re told that other countries will be spared, but not for long.

You might have noticed that I haven’t mentioned which problem it is that Apple is purporting to solve. Why? Because it doesn’t matter.

Having read thousands upon thousands of remarks on this growing scandal, it has become clear to me that many understand it doesn’t matter, but few if any have been willing to actually say it. Speaking candidly, if that’s still allowed, that’s the way it always goes when someone of institutional significance launches a campaign to defend an indefensible intrusion into our private spaces. They make a mad dash to the supposed high ground, from which they speak in low, solemn tones about their moral mission before fervently invoking the dread spectre of the Four Horsemen of the Infopocalypse, warning that only a dubious amulet—or suspicious software update—can save us from the most threatening members of our species. Read More

Pentagon Holds Briefing On Evacuation From Kabul And SIV Holders

General Glen VanHerck and Pentagon pox John Kirby speaks about the evacuation and security situation at the Kabul Airport in Afghanistan during a Pentagon Press Briefing.

The vast majority of Americans have no idea of Big Tech’s massive drive to make digital slaves out of every urban dweller. Smart street lights will often be at the heart of data collection and coordination. ⁃ TN Editor

Such a benign and banal part of the urban landscape that city-dwellers may not even notice them, street lights are useful for brightening up a road and not much else – or so you might think. People these days are used to the idea of CCTV cameras, even hidden ones, but street lights tend to blend in to the background. Perhaps that is why they are finding new functions in the modern world, with its zealotry for surveillance. These seemingly innocuous devices can host anything from microphones and cameras to facial recognition and de facto compulsory 5Gwifi transmission.

LED lampposts are being installed in cities and public places across the world, only partly because of their economical, energy-saving properties. With the new installations comes a wide range of sensors designed to capture data on public activity. As Chuck Campagna, CEO of lighting company Amerlux, told The New York Times, “We are opening up an entirely new area in lighting applications and services, including video-based security and public safety, parking management, predictive maintenance and more.” Read More

Channel 2′s Gwinnett County Bureau Chief Tony Thomas was in Duluth, where the school system is having significant food supply shortages.Parents told Thomas that their kids are coming home from school hungry.Julia Padgett said her sixth grader showed her a picture of his lunch Tuesday, and it was just cereal.

“I was completely shocked. I absolutely had to drop everything, go pick them up and go get them some actual food,” Padgett said.

At anther school, Mariana Mosengova’s son, who is in middle school, texted her a picture of three fish sticks with bread and milk, and asked if she could check him out. Read More

(CNN) -- Health officials in Houston have confirmed the city's first pediatric Covid-19 death of a youth who did not have underlying heath conditions.

The Houston Health Department (HHD) announced Thursday that a male between 10 and 19 died in late July at a hospital.The victim was not vaccinated, HHD said in a statement.

"While he tested positive for COVID-19, it's currently unknown if he was infected with a variant of the virus," the statement said.

HHD did not release any other information because of privacy laws.Six other pediatric Covid deaths have been reported in Houston, but those victims all had underlying conditions, HHD said.

"This tragedy serves as a reminder that children, even without underlying health conditions, can get seriously ill and die from COVID-19," said Dr. David Persse, chief medical officer for the City of Houston in the statement. "Getting vaccinated is not only about protecting you, it's about protecting everyone close to you, especially your family, from serious illness and death." Read More

The Japanese Ministry of Health announced on Thursday that around 1.6 million doses of Moderna's Covid-19 vaccine have been taken out of use due to contamination in some vials that 'reacts to magnets,' according to a ministry official.

"It's a substance that reacts to magnets," the official told Nikkei, adding "It could be metal."

Moderna, meanwhile, has confirmed receiving "several complaints of particulate matter" in vials distributed in Japan, but that "not safety or efficacy issues" were found related to the reports.

"The company is investigating the reports and remains committed to working transparently and expeditiously with its partner, Takeda, and regulators to address any potential concerns," a spokesperson told Nikkei, adding that a "manufacturing issue" at a plant in Spain was to blame.

After the complaints, the vaccine lot in question as well as two adjacent lots have been taken out of circulation "out of an abundance of caution," according to the spokesperson. Read More

The American Empire Is Ready To End

World management should never have been America’s task, and the Afghan misadventure should be its last imperial war.

At a time when American society is torn on myriad other issues – from gun control and healthcare to welfare and abortions - imperial retreat has been one aim that Donald Trump as well as Barack Obama and Joe Biden all shared and practiced, albeit with varying degrees of clumsiness. Read More

The 'Great Resignation' Is Likely To Continue, As 55% Of Americans Anticipate Looking For A New Job

Most Americans expect to look for a new job as the pandemic continues.

The 'Great Resignation' is likely to continue, as 55% of Americans anticipate looking for a new job #investinyou (In partnership with @acorns.) https://t.co/DbcnNgxYke

Anderson County School District Five is offering any high school student who has been fully vaccinated or gets fully vaccinated $100 check, according to an email sent to parents from the superintendent.

The full email sent to parents is below:

"Anderson School District Five is continually striving to keep our schools and office buildings open and safe for all students and staff. The district has encouraged and incentivized our staff to be vaccinated, and now we would like to offer an incentive to our high school students who have been vaccinated or who will get vaccinated to help ensure we can continue with school safely in a face-to-face instructional model.

Another California Legislature gut-and-amend-bill has been amended to replace existing legislation with language that seeks to order an employer to require a COVID-19 vaccination as a condition of employment. The bill also warns that to avoid further shutdowns and prevent the health care system from becoming overwhelmed, “it is critical that all eligible Californians get vaccinated against COVID-19.”

•    Amends current state discrimination statute (Section 12940 of the Government Code) by specifying that the law does not prevent an employer from requiring a COVID-19 vaccination as a condition of employment. And specifies that employers may require booster shots that are recommended by the CDC. Read More

After ceding power to Gov. Gavin Newsom throughout the COVID-19 pandemic, state lawmakers are now considering one of the most politically challenging government mandates yet: requiring Californians to show proof of vaccination to enter many indoor business establishments and forcing workers to get vaccinated or regularly tested.

Democratic legislators leading the conversation at the state Capitol believe mandates provide an opportunity to improve vaccination rates and help lessen the effects of the Delta variant spreading through California.

But the proposal, which is still in draft form and has not been introduced in a bill, requires weighing serious considerations such as enforcement, costs, implementation, the political will of the state Legislature and how such a sweeping statewide mandate could help or hurt Newsom’s chances of beating back a possible recall. Read More

Beginning Saturday August 28, 2021, we will fast for two weeks - up until 9/11. The Lord gave Dr. June a dream and instructed to fast last two weeks prior to 9/11. We must all prepare for what's coming by dying to our flesh and preparing for battle. During the two weeks we will:

* Do morning prayer calls from 7-8 am on a teleconference call
* Dr. June will study the Book of Revelation during this time
* If Lord gives Dr. June scriptures daily, we will have additional bible studies
* We will have worship nights
*We will fast water, juice or liquids as long as we can then either continue juicing or do the WATB Fast with natural foods (all fresh)