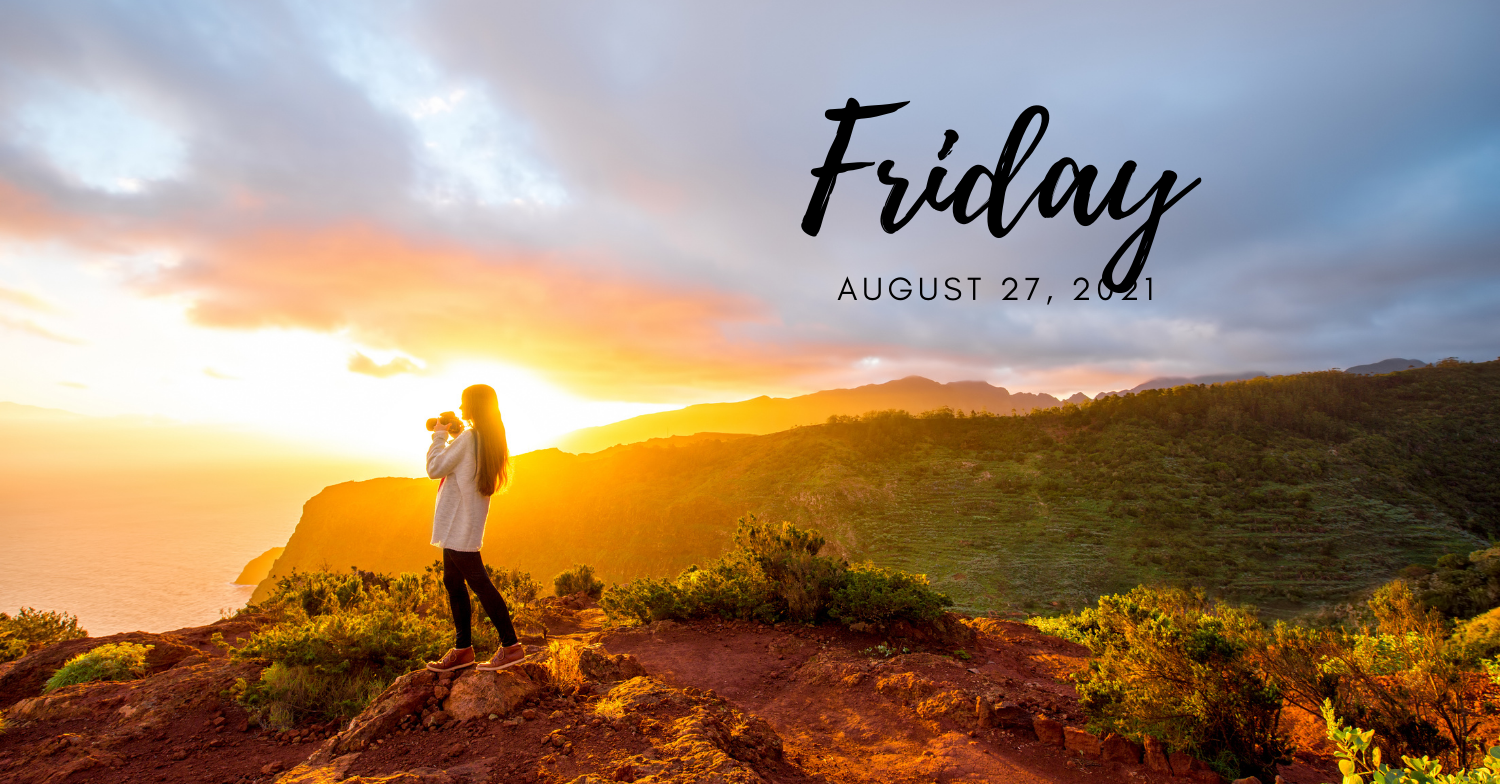 * Harris In Vietnam: VP Asked 'What Is The Biden Administration Prepared To Do' About China?

* Trudeau Responds To Explosions At Kabul Airport In Afghanistan

General Kenneth McKenzie announces that at least 12 US Military service members have been killed, in addition to tens of Afghans, and many more injured in a suicide bombing and subsequent shooting outside Kabul Airport in Afghanistan.

Workers in protective suits sprayed disinfectant through the streets in southern China after the coronavirus lockdown was lifted in the region.

Clouds of disinfects blew through the streets of Zhangjiajie in the Hunan Province after workers were deployed to the area on August 25.

Footage later showed hundreds of residents emerging from their homes with flags in their hands as they celebrated the easing of Covid-19 restrictions.

The scenes come after some 1.5million residents were ordered to remain in their homes in the tourist destination of Zhangjiajie, near Zhuzhou, on July 29 following an outbreak of the fast-spreading Delta variant. Read More

Harris In Vietnam: VP Asked 'What Is The Biden Administration Prepared To Do' About China?

At a press briefing in Hanoi, Vietnam, Vice President Kamala Harris is questioned about the actions that will be taken to match the Bide Administration's tough posture against China.

Accurate medical recordkeeping is a major challenge in many low-resource settings where well-maintained centralized databases do not exist, contributing to 1.5 million vaccine-preventable deaths annually. Here, we present an approach to encode medical history on a patient using the spatial distribution of biocompatible, near-infrared quantum dots (NIR QDs) in the dermis. QDs are invisible to the naked eye yet detectable when exposed to NIR light. QDs with a copper indium selenide core and aluminum-doped zinc sulfide shell were tuned to emit in the NIR spectrum by controlling stoichiometry and shelling time. The formulation showing the greatest resistance to photobleaching after simulated sunlight exposure (5-year equivalence) through pigmented human skin was encapsulated in microparticles for use in vivo. In parallel, microneedle geometry was optimized in silico and validated ex vivo using porcine and synthetic human skin. QD-containing microparticles were then embedded in dissolvable microneedles and administered to rats with or without a vaccine. Longitudinal in vivo imaging using a smartphone adapted to detect NIR light demonstrated that microneedle-delivered QD patterns remained bright and could be accurately identified using a machine learning algorithm 9 months after application. In addition, codelivery with inactivated poliovirus vaccine produced neutralizing antibody titers above the threshold considered protective. These findings suggest that intradermal QDs can be used to reliably encode information and can be delivered with a vaccine, which may be particularly valuable in the developing world and open up new avenues for decentralized data storage and biosensing. Read More

The bombings took place near the Baron Hotel where the US and UK used as a meeting place for stranded citizens on their way out of the country. FOUR US soldiers are dead and at least 3 US troops are wounded, a US official said.

The number of casualties is unknown. Joe Biden’s meeting with Israeli Prime Minister Naftali Bennet was postponed indefinitely after the explosions in Kabul. Read More

The situation in Afghanistan raises concern in Africa, especially in Somalia and Sahel region.

Attackers shot dead at least 36 people and destroyed buildings in a night raid on a village near the central Nigerian city of Jos, officials said, in an area hit by repeated ethnic clashes. A registrar at a hospital in Jos told Reuters that 36 bodies had been brought in from the village.

Biden to perpetrators of Kabul attacks: "We will not forgive. We will not forget. We will hunt you down and make you pay" https://t.co/jmOHmUJVks pic.twitter.com/a4ssQY6pq0

Asteroid Twice As Big As Empire State Building To Fly By Earth In Sept.

Trudeau Responds To Explosions At Kabul Airport In Afghanistan

Canada's PM Justin Trudeau is asked about the two explosions outside Kabul airport that have killed 13 people.

News Today: Dr. June Knight Unravels the truth about CRYPTOCURRENCY, DATA MINING, AND RFID CHIPS. She reads Cryptocurrency systems using the body's activity for data. She explores the iPhones and how they are tracking our every step. The Bride learns more about the data mining process. Bringing everything into the CIRCULAR ECONOMY. The Circular Economy will give you social credit scores based on performance, basically will award you on your obedience to the Beastly System. She then informs the Bride that the vaccine Comirnaty has been in South Africa this whole time, the reason we are finding about it in the states, is because more people would have resisted. Which brings us to the RFDI CHIP. The RFID chip is connected to the cryptocurrency. Is is "increased surveillance and eroded anonymity, and seclusion."  Dr June puts it as ' the RFID chip in your phone, they want to put in you.'  She encourages you Bride to get your houses in order and get your lamps full of the Holy Spirit, cause things are coming and you need to get ready.