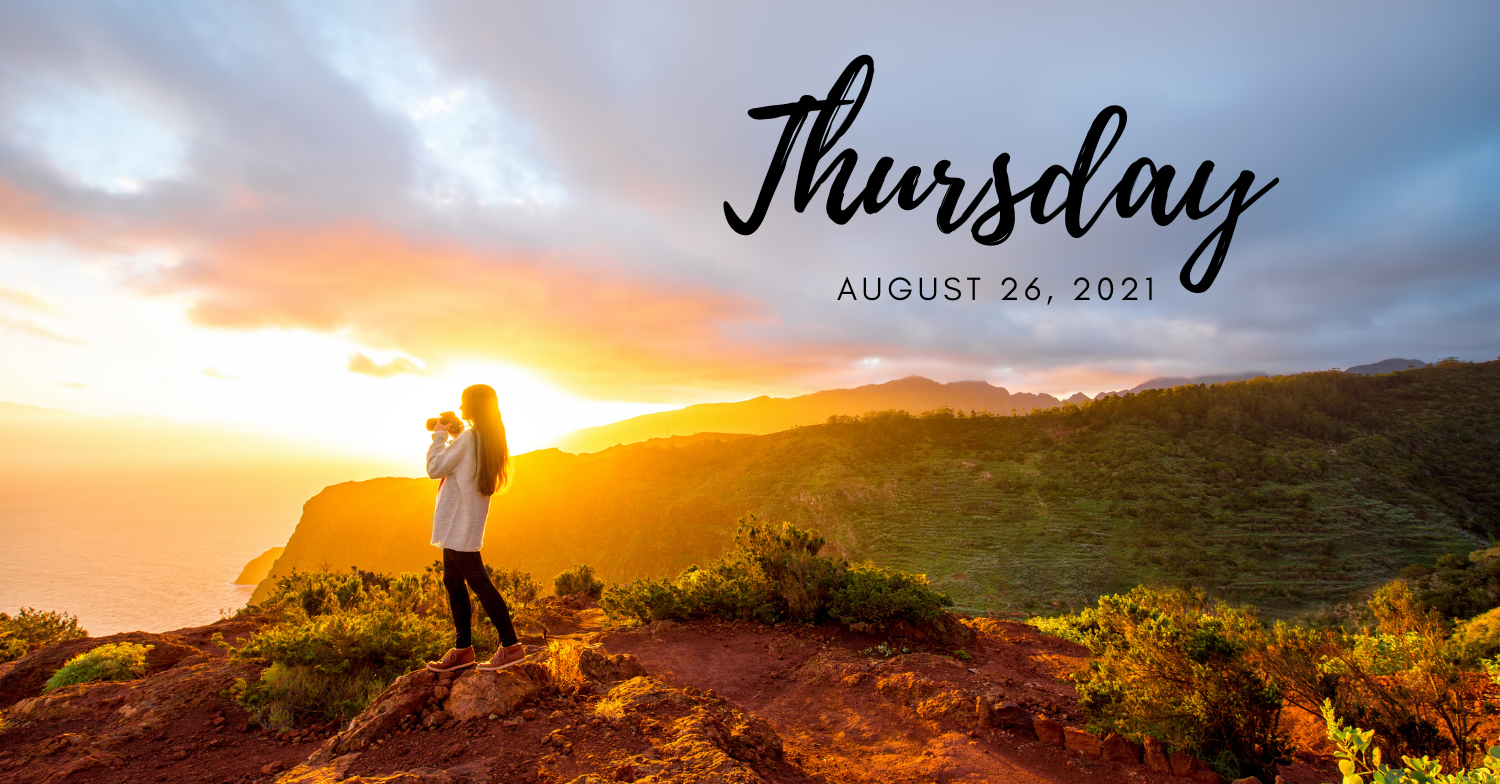 * Pentagon: U.S. Troops Must Get Their Covid Vaccines Immediately

* IoT Architecture Explained: What Is It And How Does It Work?

* Psaki Asked: What Will Biden Do To 'Push' China On Wuhan Lab Investigation?

* What Is Ethereum? What To Know Before Investing

The Queensland government is pushing ahead with its own regional dedicated COVID-19 quarantine facility.

EXCLUSIVE: 'We're Leaving In 72 HOURS - It Doesn't Matter Who's Left On The Ground.' Former CIA Officer Says He's Been Told The Deadline To Evacuate Americans From Kabul Is Far Shorter Than August 31 Cutoff

American civilians and Afghan allies have just 72 hours before evacuations from Kabul end, a former CIA officer and terrorism expert has claimed.

Sam Faddis, who served as the head of the Counter Terrorism Center's Weapons of Mass Destruction unit, said sources in the Pentagon, military officers in Kabul and other former intelligence agency officers have told him that flights for civilians out of the Afghan capital will actually end in the next three days.

The alleged deadline has not been officially announced or verified, but raises fears that American citizens could be left behind in the Taliban-occupied city. Read More

From Facility Executive:  The U.S. Department of Labor’s Occupational Safety and Health Administration (OSHA) has issued updated guidance to help employers protect workers from the coronavirus. The updated guidance reflects developments in science and data, including the Centers for Disease Control and Prevention’s updated COVID-19 guidance issued July 27.

The updated guidance expands information on appropriate measures for protecting workers in higher-risk workplaces with mixed-vaccination status workers, particularly for industries such as manufacturing; meat, seafood and poultry processing; high volume retail and grocery; and agricultural processing, where there is often prolonged close contact with other workers and/or non-workers. Read More

Pentagon: U.S. Troops Must Get Their Covid Vaccines Immediately

More than 800,000 service members have yet to get their shots, according to Pentagon data. And now that the Pfizer vaccine has received full approval from the Food and Drug Administration, the Defense Department is adding it to the list of required shots troops must get as part of their military service.

The memo, which was obtained by The Associated Press, does not dictate a specific timeline for completing the vaccinations. But it says the military services will have to report regularly on their progress. Read More

Jen Psaki responds to a question about Vice President Kamala Harris’ trip to Vietnam, which was delayed for several hours Tuesday over fears of Havana Syndrome, a little-understood cluster of symptoms that has afflicted U.S. personnel overseas, including two or more who fell sick in Hanoi over the weekend, according to multiple sources.

IoT Architecture Explained: What Is It And How Does It Work?

The Internet of Things (IoT) is a complex ecosystem of interacting elements, including sensors, gateways, servers, and platforms for accessing information. IoT’s growth is often hindered by its fragmentation — it’s a difficult task to get so many disparate components of hardware and software to communicate with one another and work together as a whole.

Launching a successful deployment starts with understanding how IoT is designed to work. To do that, we’ll take a closer look at the framework or architecture that an IoT system is based on.

Download the white paper and read about the following topics:

Akira Yoshino, a co-winner of the 2019 Nobel Prize in chemistry for his work on lithium-ion batteries, can take credit score for the upheaval in each the automotive and know-how industries.

Lithium-ion batteries have supplied the first severe competitors in a century to fossil fuels and combustion engines for transportation. Now an honorary fellow at Asahi Kasei, the Japanese chemical agency the place he has labored for practically 50 years, Yoshino sees extra disruption forward as transportation and digital know-how turn out to be one trade, sharing lithium battery know-how.

Yoshino spoke with Reuters about the subsequent era of electric car batteries, the potential for shared autonomous electric autos that may cost themselves, the prospects for hydrogen gas cell autos and the chance that Apple could lead on the convergence of the automotive and info know-how industries in future mobility. Read More

Psaki Asked: What Will Biden Do To 'Push' China On Wuhan Lab Investigation?

Jen Psaki is asked about the COVID-19 origin investigation.

UN negotiators have resumed work on the text of world-wide plan to protect nature and species for the next decade.

The draft Global Biodiversity Framework aims to conserve at least 30% of the world's land and oceans.

It will also push to eliminate plastic waste and cut pesticide use by at least two thirds.

The pact was due to be agreed at a UN biodiversity summit in China this October, but face to face talks have been delayed until April next year..

The Convention on Biological Diversity (CBD) is a UN treaty that has been ratified by 195 countries plus the European Union.

The United States signed the agreement in 1993 but has failed to ratify it and remains outside the pact. Read More

Comirnaty is a carefully chosen mashup of Covid-19, mRNA, community, and immunity, according to the company that came up with the name.

Scott Piergrossi, president of operations and communications at the Brand Institute, a drug-naming company, said Comirnaty was "coined from Covid-19 immunity," reports Fierce Pharma, with the middle section representing mRNA, which is the technology behind the vaccine. Read More

The Real Reason Tesla Is Building A Robot + More Tesla News! Tesla AI day gave us AI robots and big updates to FSD, but we've got more Tesla news this week that makes us incredibly bullish!

What Is Ethereum? What To Know Before Investing

Ethereum and Bitcoin have nearly become household names. However, while they're often mentioned in tandem, they're far from the same.

Bitcoin was created as an alternative, decentralised currency. Ethereum draws inspiration from Bitcoin, but has bigger aspirations: To create a software platform that not only supports cryptocurrencies, but any kind of decentralised application that can run without the need of a third party, thus giving people more control over their data. Read More

The liberal nation of France has deteriorated into a fascist police state whose vaccine passport requirements may be preventing the unvaccinated from getting basic essentials such as food, judging by a disturbing Twitter video.

“French supermarkets have hired bouncers in order to deny people basic human rights to food and water because they didn’t get the right government permission slip,” independent journalist Luke Rudkowski tweeted on Friday.

The alarming video he posted shows a security guard brutally grabbing a masked woman and throwing her out of the store like a trash bag. Read More

Pope Francis has sent more than €350 000 ($411 000) in charity funds at his personal disposal to help with emergency relief in Haiti, Bangladesh and Vietnam, the Vatican said on Tuesday.

A statement said €200 000 was going to Haiti to help in the aftermath of the 14 August earthquake that killed more than 2,000 people.

About $70 000 was sent to Bangladesh for continuing recovery assistance from Cyclone Yaas, which left tens of thousands of people homeless last May, and about €100 000 to Vietnam, where food supplies have been hit by the Covid-19 pandemic. Read More

WASHINGTON—The Department of Homeland Security (DHS) Science and Technology Directorate (S&T) released a request for information (RFI) on technology solutions that analyze crowds and their size. The technologies will be considered for inclusion in a market survey conducted by S&T’s National Urban Security Technology Laboratory (NUSTL) for law enforcement and emergency response agencies. Interested industry partners have until 5:00 p.m. EDT, September 17, 2021, to submit their products.

These systems improve the situational awareness of first responders in order to enhance their ability to manage large crowds during planned and unplanned events. “When it comes to events with large gatherings of people, responders may need to rely on anecdotal information pertaining to the crowd’s size and movement,” said NUSTL engineer Tyler Mackanin. “Utilizing real-time crowd analysis technology could allow for more accurate and efficient response operations to ensure the safety of everyone involved.” Read More