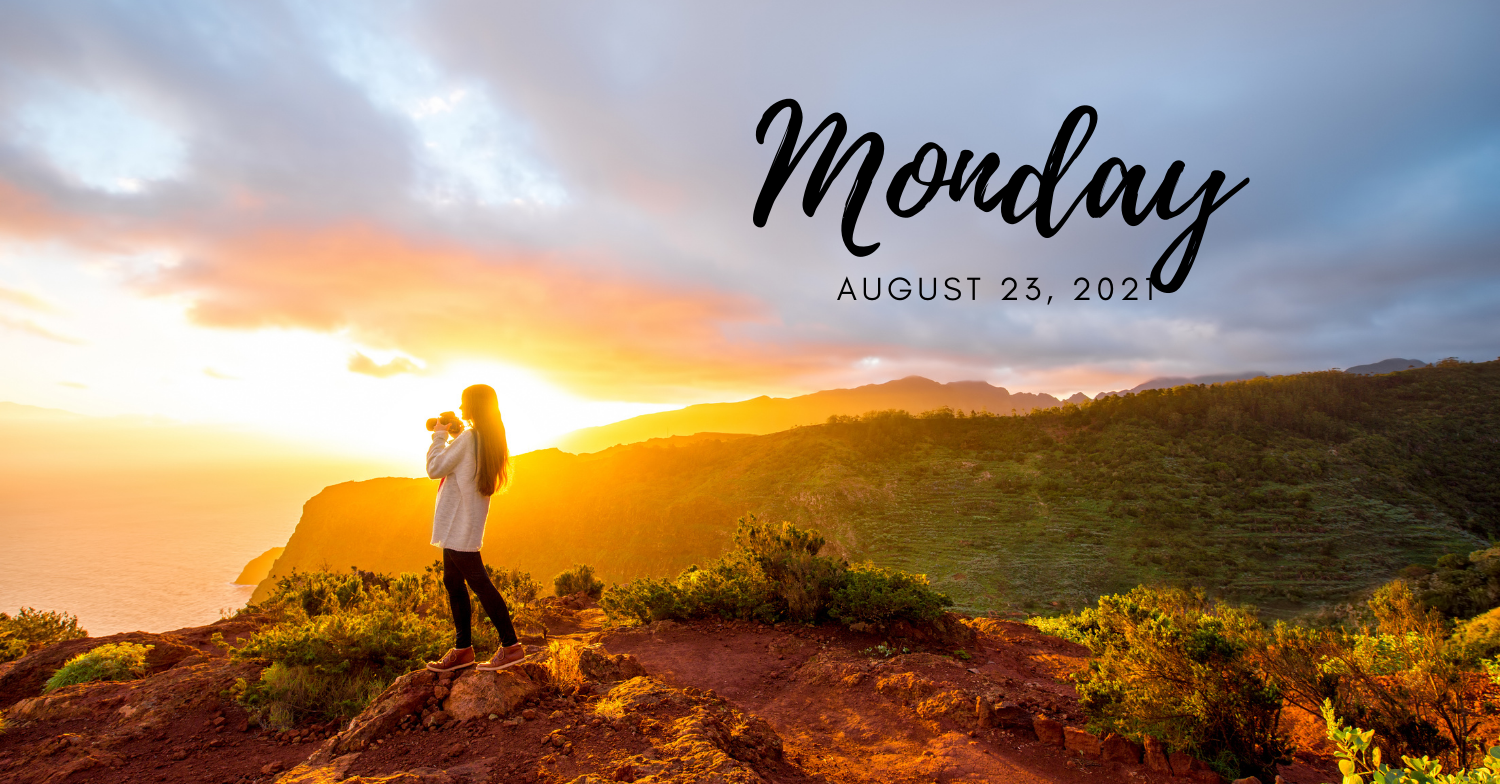 * Orlando Water Supply Threatened Due To Rising Covid- 19, Could Jacksonville Be Next

* Are You Ready For Sentient Disney Robots

* Scan Here! Italian Student 22, Tattoos Barcode Of His Covid Certificate On His Arm

* 'A Lot Of Heartache' Tennessee Flooding

At his rally last night in Alabama, former President Trump told the crowd to get vaccinated, earning some boos.

The United States Department of State was found to have been a victim of a cyber attack, and alerts surrounding a potential serious breach were made by the Department of Defense Cyber Command.

And while the administration says the breach likely occurred a couple of weeks ago, it is not yet known when it was discovered by officials, according to FOX News.

The State Department's efforts to evacuate U.S. citizens and allies from Afghanistan have not been impacted amid the Taliban's takeover of the region, an unnamed source told FOX.

The breach's extent, suspects, mitigation efforts and risk to further operations has not yet been disclosed.

"The Department takes seriously its responsibility to safeguard its information and continuously takes steps to ensure information is protected," a State Department spokesperson said in a statement to Townhall. "For security reasons, we are not in a position to discuss the nature or scope of any alleged cybersecurity incidents at this time."  Read More

Suppose you were studying the possibility of life on other planets. You might begin wondering, what is life? What if you then noticed that some computational systems – systems used for making math-based calculations – share similarities with biological life forms? That might have been the path to a new paper published this month (August 9, 2021) in the peer-reviewed journal Origins of Life and Evolution of Biospheres. In the paper, astrobiologist Oleg Abramov at the Planetary Science Institute and two other scientists proposed what they’re calling a novel definition of life. For example, they said, blockchain systems – the technology behind cryptocurrencies – self-organize in a way similar to how DNA organizes itself into chromosomes, ultimately driving biological evolution. Abramov commented:

This work presents evidence that the order observed in biological systems is fundamentally computational. A promising direction for future research is development of mathematical theories that calculate how biological systems order themselves. Read More

Orlando Water Supply Threatened Due To Rising COVID-19, Could Jacksonville Be Next?

Dyer explained that many COVID-19 patients depend on liquid oxygen for treatment, but that same oxygen is used by the Orlando Utilities Commission to treat water to potable levels.

Unless residents quickly and dramatically reduce their water intake by limiting irrigation, showers and other uses, Dyer said, they may soon face water shortages, or even a citywide boil water order.

Jacksonville also uses oxygen to treat water at two area facilities – one in the Greenland Road area and near the Urban Core, which pumps water under the river to homes in JEA’s southern grid. Read More

Are You Ready for Sentient Disney Robots?

Disney wants the robots in its parks to come alive. One goal: Setting them free from the confines of the rides and letting them wander walkways to turn the parks into, as one executive put it, "inhabited places."

Disney wants the robots in its parks to come alive. One goal: Setting them free from the confines of the rides and letting them wander walkways to turn the parks into, as one executive put it, "inhabited places." https://t.co/UGlTjq0Cjw

The U.S. ordered six commercial airlines to help transport people after their evacuation from Afghanistan as Washington sought to step up the pace of departures of Americans and at-risk Afghans from Kabul.

The nation’s roiling tensions over vaccination against covid-19 have spilled into an unexpected arena: lifesaving blood transfusions.

With nearly 60% of the eligible U.S. population fully vaccinated, most of the nation’s blood supply is now coming from donors who have been inoculated, experts said. That’s led some patients who are skeptical of the shots to demand transfusions only from the unvaccinated, an option blood centers insist is neither medically sound nor operationally feasible.

Scan Here! Italian student, 22, Tattoos Barcode Of His Covid Certificate On His Arm

A student in Italy has come up with a novelty method for carrying round his Covid certificate after he had it tattooed onto his arm.

Andrea Colonnetta, 22, said he hadn't given much thought in advance before getting his latest tattoo, but decided on the topical - and practical - choice after talking with tattoo artist Gabriele Pellerone.

'It's certainly something original, I like to be different,' Colonnetta, from the southern city of Reggio Calabria, told Corriere della Calabria newspaper. Read More

President Joe Biden announced that approximately 11,000 people were evacuated out of Kabul in less than 36 hours. Biden explained that all planes leaving Afghanistan are taken to sites where background checks are conducted before heading to the U.S.

This is pretty rare! It is August 20 and Officials already had to close roads due to white out conditions and ice in Utah and Colorado. Pretty bad no?

National Weather Service meteorologists said snow and “fall-like” temperatures are expected in areas above 9,000 feet Thursday with the trough that entered the state. Alta, also in the Cottonwood Canyons, had a forecasted high in the low 40s Thursday, according to the weather service. Read More

'A lot Of Heartache': Woman Who Lost Home In Tennessee Flooding Describes Destruction

CNN's Pamela Brown talks to Tennessee resident Casey Hipshire about her experience when flash flooding hit her area. The floods have left 21 dead and dozens injured.