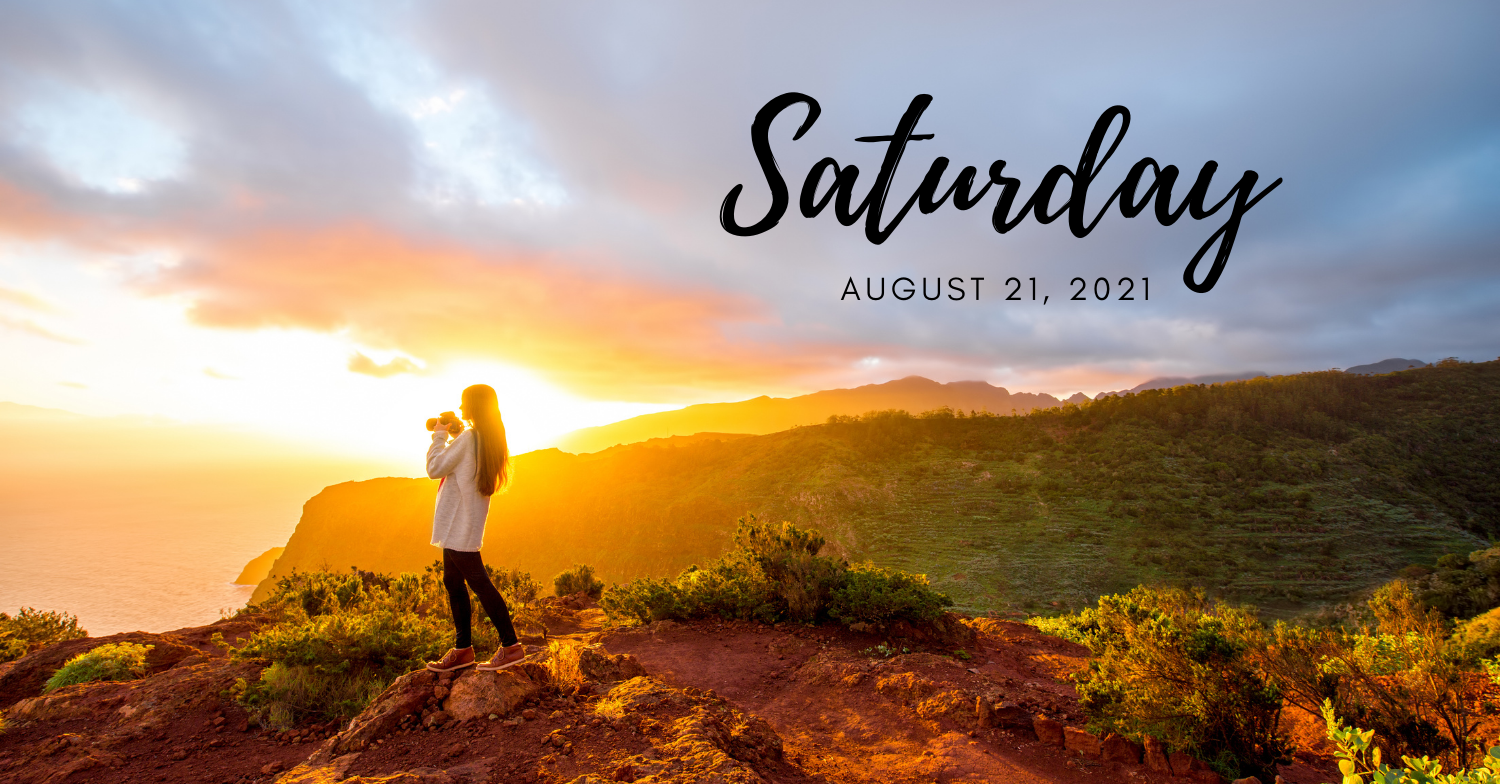 * How Well Can A Cop in A Jet Suit Hold Up Against Threats?

* U.S. Promises Not To Charge Americans To Fly Out Of Afghanistan After Report Of $2,000 Repatriation Fee Triggers Outrage

* Researches Transfer A Human Protein Into Plants To Supersize Them

Afghan women are on the frontlines, challenging the Taliban's repressive rule. From organising protests to arranging safe passage for their family, Afghan women have refused to relinquish their hard-earned rights. Palki Sharma tells you more.

Tesla CEO Elon Musk introduced a prototype of a humanoid robot at the company's AI Day event on Thursday.

Musk says the "Tesla Bot" will probably be launched next year, saying the robot would "eliminate dangerous, repetitive, boring tasks."

The robot would carry out the work people don't like to do.

"It's around 5 foot 8. It has sort of a screen where the head is for useful information, but it's otherwise basically got the autopilot system and it's got cameras, got eight cameras," said Musk. "Full self-driving computer and making use of all of the same tools that were used in the car."

How Well Can A Cop In A Jet Suit Hold Up Against Threats?

At a checkpoint, the police identified a man with a gun. When confronted, the man began to flee. While one officer chased him, another activated his jet suit and flew over the area, outrunning him and containing the threat immediately. This might sound like a scene from a futuristic movie, but the scene was played out recently during a demonstration of jet suits for a police squad in the UK.

The man who played the role of the "flying officer" was actually the founder and Chief Test Pilot of Gravity, a company that builds jet suits for human flight. Established in 2017, Gravity Industries makes compact jet suits that power flight through jet thrusters that are mounted on the user's hands.

The company, which also claims to have the world's first patented jet suit, offers jet suit flight training programs as well. It has worked with over 50 clients in the US and the UK and also participated in search and rescue and military collaborations. Founder, Richard Browning, a Royal Marine Reservist himself, even showcased the suit to the Royal Marines in May.  Read More

Mississippi health officials are warning residents against using ivermectin, a horse dewormer medication, to treat COVID-19 infections at home amid a spike in poisoning calls to the Mississippi Poison Control Center.

The World Health Organization (WHO) today issued an open call for experts to serve as members of the new WHO Scientific Advisory Group for the Origins of Novel Pathogens (SAGO).

The SAGO will advise WHO on technical and scientific considerations regarding the origins of emerging and re-emerging pathogens of epidemic and pandemic potential, and will be composed of a wide range of experts acting in their personal capacity. SAGO will also guide WHO on next steps for understanding the SARS-CoV-2 origins.

There have been an increasing number of high threat pathogens emerging and re-emerging in recent years with, for example, SARS-CoV, MERS-CoV, Lassa, Marburg, Ebola, Nipah, avian influenza, the latest being SARS-CoV-2. There is a clear need for robust surveillance and early actions for rapid detection and mitigation efforts, as well as systematic processes to study the emergence of these pathogens and routes of transmission from their natural reservoirs to humans. This is critical to helping WHO, Member States and partner institutions to prepare for future spillover threats and to minimize the risk of a disease outbreak growing into a pandemic.

From SARS-CoV-2, which continues to wreak havoc around the world, to the next "Disease X", this global framework to study the emergence of new and known high threat pathogens needs to be comprehensive and coordinated based on a One Health approach. It should also encompass biosafety and biosecurity. And it needs to be scientific, transparent, comprehensive, rapid and inclusive. Read More

US Promises NOT To Charge Americans To Fly Out Of Afghanistan After Report Of ‘$2,000 Repatriation Fee’ Triggers Outrage

Americans looking to leave Afghanistan first have to promise to repay the government for the cost of their evacuations to the tune of “$2,000 or more per person,” but the State Department says it will waive the fee.

It is estimated anywhere from 5,000 to 10,000 American citizens, permanent residents and their family members may still be in Afghanistan, and presumably hoping to leave the country – under Taliban control since Sunday – via Hamid Karzai International Airport (HKIA) in Kabul before the end of August.

Before they brave Taliban checkpoints and hope to get a seat on a US troop transport or chartered civilian jet, however, they must promise to repay the US government for the privilege of their rescue. Read More

ORLANDO, Fla. — The mayor of Orlando asked residents on Friday to stop watering their lawns and washing their cars for a least a week, saying water usage needed to be cut back because of the recent surge of COVID-19 hospitalizations.

The Orlando Utility Commission treats the city’s water with liquid oxygen and supplies that ordinarily go toward water treatment have been diverted to hospitals for patients suffering from the virus, Mayor Buddy Dyer said.

The city-owned utility typically goes through 10 trucks of liquid oxygen a week but its supplier recently said that it would be cut back to five to seven trucks a week to accommodate hospitals, said Linda Ferrone, the utility commission’s chief customer and marketing officer.

Ferrone said the move is unprecedented and that if things got worse the city might have to issue a boil water alert.  Read More

Moderna will start trialling its experimental mRNA-based HIV vaccine as early as tomorrow (19 August), according to a new submission to the US National Institutes of Health Clinical Trial registry.

The Phase 1 trial will reportedly involve 56 healthy adults aged 18 to 50 who do not have HIV, and will test the safety of the vaccine as well as look for a basic immune response. The vaccine candidate is functionally similar to the mRNA system that's been so successful in Moderna's COVID-19 vaccine.

For years, researchers have been investigating the potential of mRNA vaccines, but the Pfizer and Moderna COVID-19 vaccines are the first to have been used in humans, and both have been shown to be safe and broadly successful at preventing and reducing severity of SARS-CoV-2 infection. Read More

Researchers Transfer A Human Protein Into Plants To Supersize Them

Every year, 9 million people in the world succumb to hunger—that’s more than the deaths from AIDS, malaria and tuberculosis combined. But the solution to the global hunger crisis isn’t as simple as ramping up agricultural production.

For one, agriculture comes with a hefty carbon footprint, contributing 10 to 20 percent of the global greenhouse gases annually. Then, chemical overuse sows resistance in the pests and pathogens the substances intend to kill, making it harder for farmers to eradicate their associated diseases the next time around. Runoff from fertilizers may also pollute waterways. Read More

Drug Controller General of India's expert panel recommended approval for Zydus Cadila's Covid Vaccine for emergency use. With this ZyCoV-D will be the India's fourth vaccine against coronavirus. If approved, ZyCoV-D would be the first vaccine in India for the 12-18 years age group. ZyCoV-D is a three-dose, intradermal vaccine, which is applied using a needle-free system, Tropis, which can also lead to a significant reduction in any kind of side effects.

More than 40 million T-Mobile customers have been hit by a US data breach, the company has admitted.

It blamed the breach on a "highly sophisticated cyberattack".

It said it is "taking immediate steps to help protect all of the individuals who may be at risk from this cyberattack".

The firm said that while criminals stole personal information, no financial details were leaked as a result.

The US telecom giant confirmed that hackers had gained access to its systems on Monday. Read More

NEWS TODAY! Dr. June Knight goes around the world with all the different LOCKDOWNS and then stating how they are building a case against the Christians having"mental health problemsjhj," meaning if you don't get your vaccine you are MENTAL? Sydney is blaming the non-Vers for using the Delta Virus as a WEAPON to not comply. She reveals South Wales Hub vaccination center, where teens are collapsing from adverse reactions. She reminds the Bride not to lie, in Sydney it is a federal criminal offense if you lie to a CONTACT TRACER. Did you know, what happens in Australia trickles down to the U.S.? Yes, these things that are happening there, will make their way here. So you better watch what is happening there, Bride. The Dr. then goes on to explain to the Bride hot off the press: 'U.S. FDA AIMS TO GIVE FULL APPROVAL TO PFIZER VACCINE ON MONDAY.' Dr. June has been warning the Bride and blowing the trumpet for the watchman she is for the Bride. To get prepared, get your homes ready stocked up but most of all please Bride listen to the Holy Spirit on what to do next and when to do it. God will provide and multiply for His people. He will not leave you hanging.