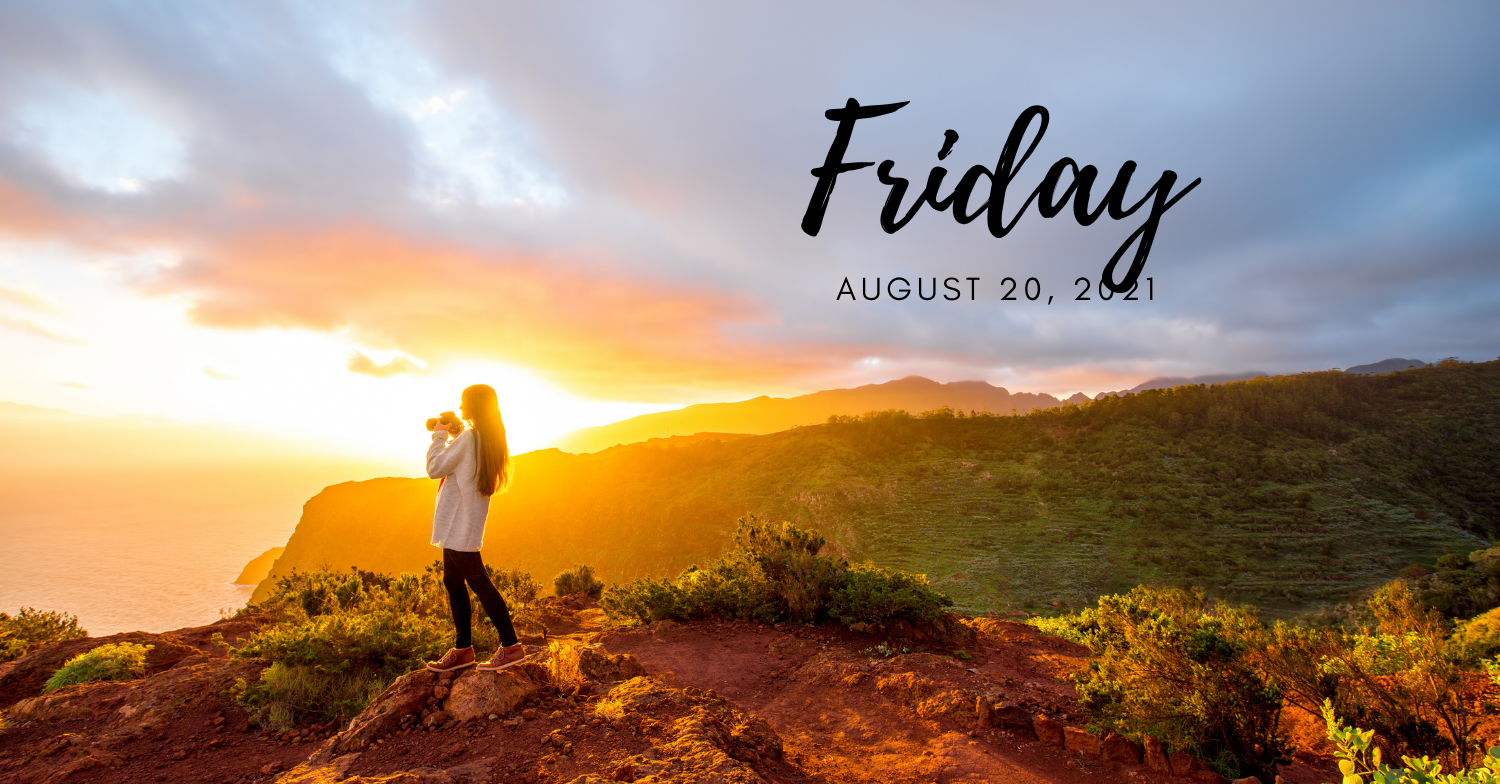 * Great Reset: World Economic Forum Claims Everyone Will Be ID'd And Tracked With Their Heartbeat

* WEF: What Are The Long- Term Effects Of The Covid- 19 Pandemic? These 5 Trends Give Us A Glimpse

* Jovan Pulitizer: Arizona Audit Report Will Be Delivered To Senate On Friday, Results Will Be Devastating

Great Reset: World Economic Forum Claims Everyone Will Be ID’d & Tracked With Their Heartbeat

The most alarming “trend” is the introduction of biometric surveillance using an individual’s heartbeat as their ID signature.

“Digital acceleration has also put the limelight back onto security issues. Much of the world’s move to online – whether for work or your weekly shop – involves sharing personal or business information remotely, with an ever-wider number of entities. Not only that but when people started wearing masks, facial recognition security systems were stumped,” the WEF states.

This is how our lives could soon look.

What Are The Long-Term Effects Of The COVID-19 Pandemic? These 5 Trends Give Us A Glimpse

The COVID-19 pandemic has had a profound impact on our world and cost millions their lives. It’s disrupted economies and education systems and taken away livelihoods.

Governments, businesses and individuals have been forced to adapt rapidly, in many cases leaning on an existing digital transformation that was already underway. For millions of office-based workers, the technological workarounds adopted during the pandemic have potentially changed working lives for ever. Read More

Pharmaceutical giant AstraZeneca will rebrand its COVID-19 vaccine in Australia, with the name to be changed to "Vaxzevria".

Updated at 8:15 p.m. Aug. 19, 2021: After this story was posted, Dr. Mark Casanova gave interviews to local media and revised his story. He described the memo to the task force as a “homework assignment.” In a reversal, he told NBC-5 that vaccinations should not be among the factors hospitals should consider when making critical care triage decisions.

Original story published Aug. 19, 2021: North Texas doctors have quietly developed a plan that seeks to prepare for the possibility that due to the COVID-19 surge the region will run out of intensive-care beds. Read More

MARTIAL LAW IN AUSTRALIA !!!!, YOU HAVE TO COMPLY OR ELSE BE FINED, POLICE & MILITARY INVOLVED !!!

THIS IS WHAT IS HAPPENING NOW IN AUSTRALIA, THEY ARE CLAMPING DOWN HARD AND GOING DOOR TO DOOR WITH THE POLICE AND MILITARY TO INFORCE THEIR NEW MANDATES THIS VIDEO WAS FROM THE TIM TRUTH CHANNEL AND ORGINALLY FROM SKY NEWS AUSTRALIA

According to the U.S.Department of Agriculture’s (USDA) latest crop tour, soybeans in good to excellent condition dropped three percentage points from the previous week to 57%. The figure missed analyst estimates of 60%.

USDA found that corn in the same condition fell two percentage points to 62%, missing expectations of 64%.

The data is suggestive that this summer’s megadrought and back-to-back heat waves across the northwest of the U.S. and Midwest are taking a toll on crops. The latest drought monitor data shows the US West continues to experience a severe drought.

The closely watched supply and demand report slashed estimates for corn yields and stockpiles. World inventories for wheat were reported near a five-year low.

Soybeans and corn in Chicago have been rising for the last several days post WASDE.  Read More

WILMINGTON, N.C. (WMTV) - A digital billboard portraying the president and scenes from Afghanistan is catching the eyes of onlookers in Wilmington, North Carolina.

The image shows President Joe Biden eating an ice cream cone superimposed over a photo of the embassy in Afghanistan being evacuated by helicopter.

Another image of Biden peeking out of a window from behind closed blinds flashes across the screen before other advertisements.

The billboard is owned by Tedder Outdoor Media. Company President Donald Tedder told WECT that the advertisement was purchased by an individual, but he was unable to give the name of his client due to privacy concerns. He said he would have published a billboard praising the President and that this was not his personal ad. Read More

Officials worry the devices could be used to retaliate against Afghans who assisted the US military during the 20-year war.

The Taliban have reportedly seized biometrics devices used by the US military that could help identify Afghan nationals who worked for the US government and aided coalition forces, raising concerns the Taliban could use the information to retaliate in the wake of the collapse of the US-backed government.

The devices, known as HIIDE, for Handheld Interagency Identity Detection Equipment, were seized last week as the Taliban went on an offensive march to overtake Kabul, Afghanistan's capital, sources tell The Intercept. Information stored on the devices include iris scans, fingerprints and biographical information, the news outlet reported Tuesday. They can also reportedly be used to access a broad centralized database. Read More

An Afghan woman pleads with US troops to allow her inside the airport grounds to flee the Taliban. Joe Biden and Lloyd Austin have abandoned over 10,000 Americans trapped inside Kabul who are not able to leave their homes.

In total, 23 US Embassy staffers - all Americans, signed the July 13 cable, which was given a rush status 'given the circumstances on the ground in Kabul.' In addition to Blinken, it was sent to the Director of Policy Planning, Salman Ahmad.

Blinken received the cable and reviewed it shortly afterwards according to the report.

The cable, dated July 13, also called for the State Department to use tougher language in describing the atrocities being committed by the Taliban, one of the people said.

The classified cable represents the clearest evidence yet that the administration had been warned by its own officials on the ground that the Taliban’s advance was imminent and Afghanistan’s military may be unable to stop it. -WSJ

According to the report, some 18,000 Afghans and their families who had applied for special US Immigrant Visas remained in Kabul in areas under Taliban control, while efforts to reach the airport have become increasingly difficult.

US intelligence officials have sparred with the White House over who was warning of what, and when. And as the Journal notes, the existence of this confidential State Department memo warning of impending doom adds a crucial piece to our knowledge of how this all went down. Read More

Jovan Pulitzer: Arizona Audit Report Will be Delivered To Senate On Friday, Results Will Be Devastating

Jovan Pulitzer, who aided in the audit of Maricopa County, has announced that the preliminary report will be delivered on Friday and it will go off like a nuclear bomb.

We have been subject to rumors of all sorts, but if Pulitzer is correct, the proof will be revealed tomorrow.

I have been saying for a while now that when the Arizona results come in and they do prove voter fraud of some sort, it will give authorities in other states a reason to doubt the results of their own election. That will strengthen their resolve to forensically audit the ballots in their states. Read More

NEWS TODAY Dr. June Knight reveals the Capitol Hill Bombing Threat. She shines the light on the truth about the Armed Forces that we call COPS and how they will do everything to the Bride under Climate Crisis, Climate Change. She goes on to explain MAGA and being the 5th degree of Satanism. She connects it to the Bride and Satan's counterfeit of the Bride. She warns the TRUE BRIDE to be aware of these things so you know what to run from and prepare for.