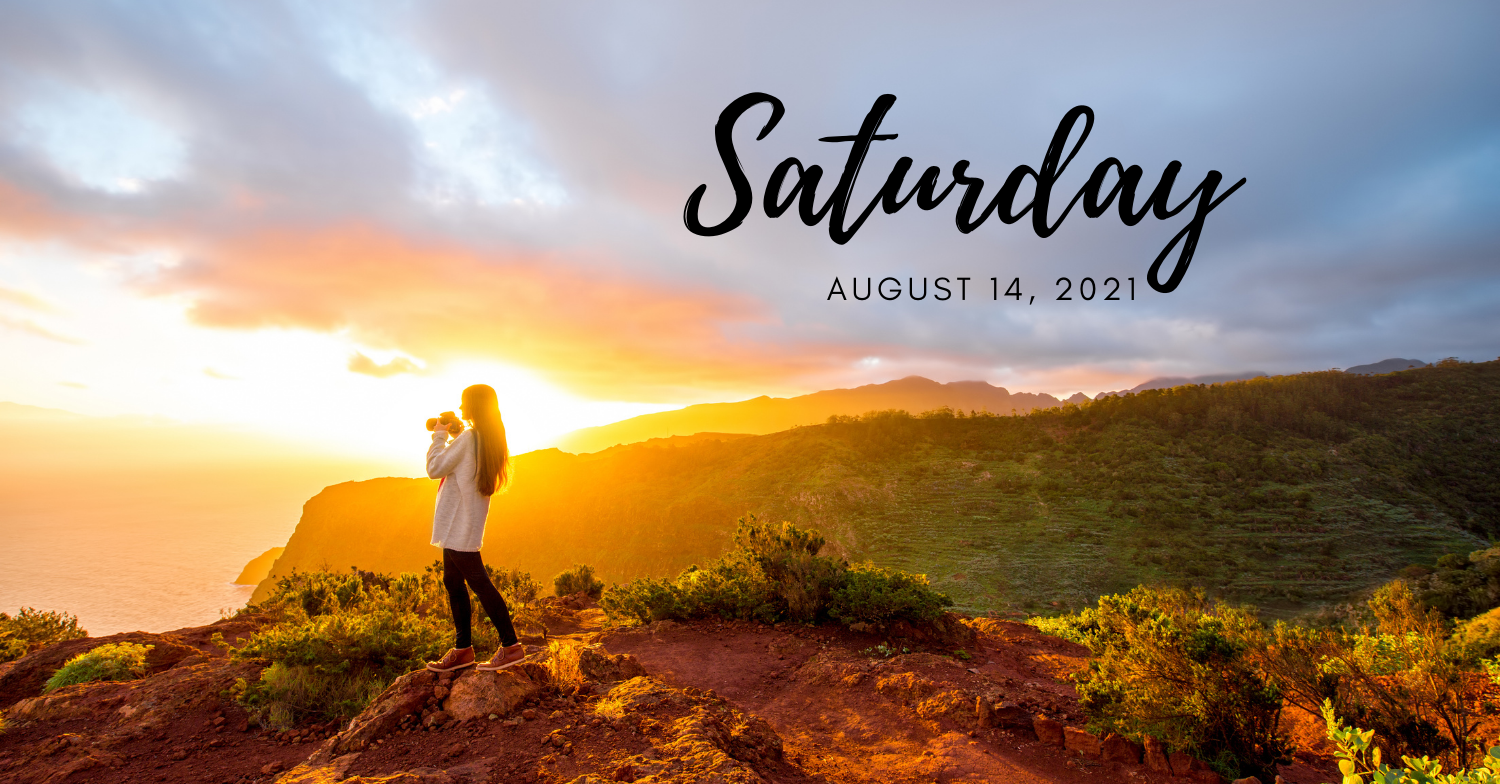 * Summary Of Terrorism Threat To The U.S. Homeland

Mehdi Hasan: “Republican Sen. Rand Paul of Kentucky has been so consistently pro-Covid you might think he had a financial interest in more people getting Covid. And it turns out, in a weird way, he kind of did.”

A military base in Washington, DC, was locked down for several hours Friday amid an armed intruder — and troops were warned to “prepare to fight” — before the suspect was apprehended, authorities said.

Around 12:30 p.m., a frantic post on Joint Base Anacostia-Bolling‘s Facebook page read, “LOCKDOWN LOCKDOWN LOCKDOWN” and warned that an armed person had been spotted on the south side of the base complex.

“If you encounter the individual and have a safe route, RUN. If you do not have a safe route to run, HIDE,” the base said. “Barricade your door, turn off the lights and your cell phone ringer, and remain silent. If you are hiding, prepare to FIGHT.” Read More

The dangerous fires are among some 100 large blazes burning Wednesday across 15 states, mostly in the West, where historic drought conditions have left lands parched and ripe for ignition.

Burning through bone-dry trees, brush and grass, the fire has destroyed at least 1,045 buildings, more than half of them homes in the northern Sierra Nevada. Newly released satellite imagery showed the scale of the destruction in the small community of Greenville that was incinerated last week during an explosive run of flames. Read More

After just over a week in session, Ware County Schools made the decision Friday to put the school year on hold following a “sharp increase” in the number of positive COVID-19 cases reported among students and staff.

Summary Of Terrorism Threat To The U.S. Homeland

The Secretary of Homeland Security has issued a new National Terrorism Advisory System (NTAS) Bulletin regarding the current heightened threat environment across the United States.  The Homeland continues to face a diverse and challenging threat environment leading up to and following the 20th Anniversary of the September 11, 2001 attacks as well religious holidays we assess could serve as a catalyst for acts of targeted violence. These threats include those posed by domestic terrorists, individuals and groups engaged in grievance-based violence, and those inspired or motivated by foreign terrorists and other malign foreign influences. These actors are increasingly exploiting online forums to influence and spread violent extremist narratives and promote violent activity. Such threats are also exacerbated by impacts of the ongoing global pandemic, including grievances over public health safety measures and perceived government restrictions. Read More

Predictions that former President Donald Trump will be reinstated continue to fall flat, but about 1 in 10 registered voters continue to believe the former president will be back in the Oval Office before the year's end.

Religious leaders and Trump's supporters have thrown out a number of dates that the former president was expected to return to power and the failure for the prediction to come true prompted some to double down, throwing out new expectations. The most recent theory, peddled by MyPillow CEO Mike Lindell, was that Trump would be back in office "by the morning" of August 13, a date that came to be referred to as Trump's "reinstatement day."

"The morning of August 13 it'll be the talk of the world, going, 'Hurry up! Let's get this election pulled down, let's right the right, let's get these Communists out, you know, that have taken over,'" Lindell told Brannon Howse in early July. Read More

Governor Greg Abbott today announced that the Texas Department of State Health Services (DSHS) and the Texas Division of Emergency Management (TDEM) are launching nine COVID-19 antibody infusion centers throughout the state. The first infusion center, located in San Antonio, has served over 100 Texans since opening on Tuesday. Additionally, an infusion center in Corpus Christi began operations this morning at the RMB Fairgrounds. An infusion center in Austin will launch Monday at the Travis County Expo Center, and DSHS is currently working with local officials to launch similar operations in Conroe, Dallas-Fort Worth, and Laredo in the coming days.

"Antibody infusion centers play an integral role in our efforts to combat COVID-19 because they help prevent hospitalizations and ensure that resources are available to treat the most severe cases of this virus," said Governor Abbott. "Thank you to our local partners for working with the State of Texas to launch these centers across Texas. We will continue to work with local leaders to ensure our communities have the support they need to keep Texans safe and healthy." Read More

“We don't have the staff resources to verify all vaccine cards,” said Tami Cate, spokesperson for health services at UC Berkeley, where more than 80% of employees, and more than 80% of students have uploaded a card ahead of Aug. 23, when classes resume.

“We don't have the staff resources to verify all vaccine cards,” said Tami Cate, spokesperson for health services at UC Berkeley, where more than 80% of employees, and more than 80% of students have uploaded a card ahead of Aug. 23, when classes resume. pic.twitter.com/xQZmJUX5eC

WASHINGTON — The Biden administration will deploy 3,000 troops to Afghanistan in order to facilitate the drawdown of personnel at the U.S. Embassy in Kabul as the Taliban rapidly advances toward the Afghan capital.

The troops, which will consist of three infantry battalions in total from the Marines and Army, will deploy to Kabul’s Hamid Karzai International Airport within 24 to 48 hours, Pentagon spokesman John Kirby said during a press briefing Thursday.

“This is a very narrowly focused mission of safeguarding the orderly reduction of civilian personnel out of Afghanistan,” Kirby said, adding the Pentagon expects to increase its airlift capability in the region. Read More

Internment/resettlement specialists are primarily responsible for day-to-day operations in a military confinement/correctional facility or detention/internment facility.

TRAINING
Job training for an internment/resettlement specialist requires 10 weeks of Basic Combat Training and eight weeks of Advanced Individual Training with on-the-job instruction. Part of this time is spent in the classroom, and part takes place in the field. Read More

Heated arguments spilled into the parking lot Tuesday night after a school board in a suburban Tennessee county approved a temporary requirement for masks in elementary schools due to the Covid-19 pandemic.

During a special session that night, the Board of Education in Williamson County, just south of Nashville, approved a mask requirement for elementary school students, staff and visitors inside all buildings and on buses beginning Thursday and ending September 21, according to information from the school district.

But a group who opposed the mask requirement gathered outside, and video obtained by CNN shows crowds heckling masked people as they left the session, with one man telling the driver of a vehicle, “We know who you are. You can leave freely, but we will find you.” A Williamson County Sheriff’s Office sergeant is seen imploring the crowd to be peaceful. Read More

Michigan’s largest school district is strengthening its COVID protocols as it heads into the new school year.

Barrett, an appointee of former President Donald Trump, made the decision alone in response to an emergency request from eight IU students who sued the school in June. The students argued that the inoculation requirement would violate their constitutional rights by forcing them to receive unwanted medical treatment.

The eight students filed a motion for emergency relief following a lower court’s decision last week that sided with the university’s decision to require all students returning to campus on Aug. 23 to get vaccinated or else have a religious exemption or a medical condition.

The university on May 21 informed all students that failure to be vaccinated against COVID-19 by the fall semester will result in students’ class registrations being canceled and their university-issued IDs terminated, and they will be prohibited from any on-campus activity.

Those who are exempted from the vaccine are required to get tested for COVID-19 twice a week and wear masks, IU said.

The students in court filings argued that they have “a constitutional right to bodily integrity, autonomy, and of medical treatment choice in the context of a vaccination mandate.” Read More

Bourla told Bennett he views the issue with great importance and will work to the best of his ability to speed up the process, according to the Prime Minister’s Office.

The pair also discussed Israel’s distribution of third dose booster shots to its over-60 population, the PMO added.

Pfizer has previously said it expects to apply in September for children ages 5 through 11. Results for two younger age groups that began testing a little later should be available by October or November, according to the company.

Fellow United States vaccine maker Moderna said last month that it expects to have enough data to apply for US Food and Drug Administration authorization in younger kids by late this year or early 2022.

Also in July, an unnamed FDA official told NBC News that emergency authorization for COVID-19 vaccines to be administered to children under the age of 12 may come as early as this coming winter. Read More

A new study investigates tiny tumbling soft robots that can be controlled using rotating magnetic fields. The technology could be useful for delivering drugs to the nervous system. In this latest study, researchers put the robots through their paces and showed that they can climb slopes, tumble upstream against fluid flow and deliver substances at precise locations to neural tissue.

Would you let a tiny MANiAC travel around your nervous system to treat you with drugs? You may be inclined to say no, but in the future, “magnetically aligned nanorods in alginate capsules” (MANiACs) may be part of an advanced arsenal of drug delivery technologies at doctors’ disposal. A recent study in Frontiers in Robotics and AI is the first to investigate how such tiny robots might perform as drug delivery vehicles in neural tissue. The study finds that when controlled using a magnetic field, the tiny tumbling soft robots can move against fluid flow, climb slopes and move about neural tissues, such as the spinal cord, and deposit substances at precise locations.

Diseases in the central nervous system can be difficult to treat. “Delivering drugs orally or intravenously, for example, to target cancers or neurologic diseases, may affect regions of the body and nervous system that are unrelated to the disease,” explained Lamar Mair of Weinberg Medical Physics, a medical device company based in the US and an industrial partner on the study. “Targeted drug delivery may lead to improved efficacy and reduced side-effects due to lower off-target dosing.” Read More