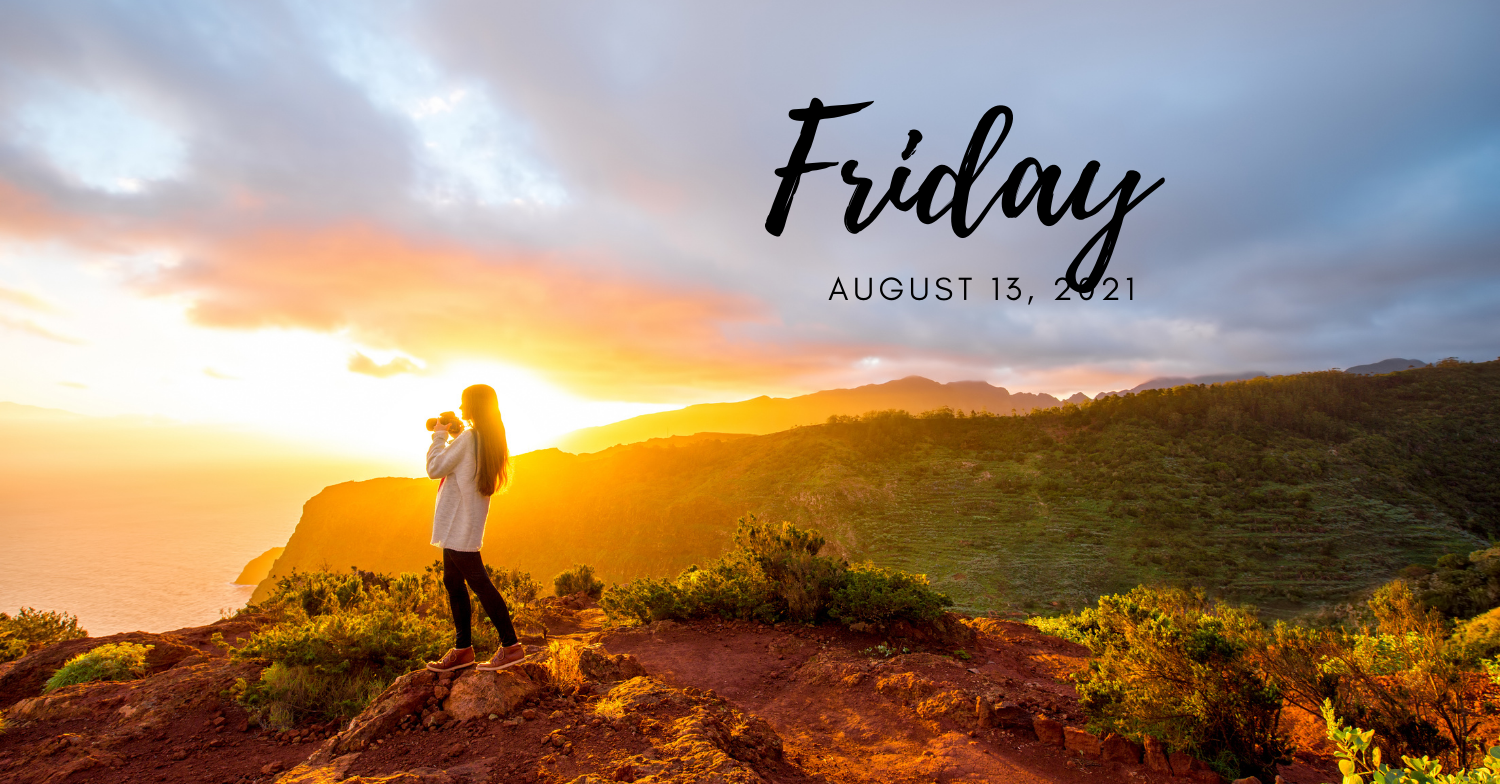 * 'This Will Blow Up Narratives': DeSantis Offers Prediction On How Delta Variant Will Spread

* Bill Gates, Jeff Bezos, & Michael Bloomberg Make Greenland Trend in U.S. Again As They Seek To Mine It For Electric Car Materials

* Someone Stole $600 Million In A Cross Chain Hack

* Will The Unvaccinated Still Be Able To Get Life Insurance?

Grilling Could Soon Get More Expensive. Tyson Foods, The World's Second-Largest Meat Processor, Has Already Hiked Prices As Much As 40% - And Says There's More On The Way.

CEO Donnie King said during an earnings call that the company planned to raise prices for retailers again next month to cope with higher costs - he estimated that "unprecedented inflation" reached 14% in the quarter.

LITHONIA, Ga. — Law enforcement is on the scene of Lithonia High School Thursday afternoon after a school resource officer was involved in a shooting, according to sources.

A Dekalb County Police source tells 11Alive there is a suspect in custody.

According to a statement from DeKalb County Schools, there was a disturbance in the school's parking lot where an officer discharged a weapon.

The district said there were no injuries to students and the incident is still under investigation.

"The safety and well-being of DCSD students and staff remains a top priority," the district said.

The 11Alive SkyTracker saw patrol cars on the scene at the high school.

'This Will Blow Up Narratives': DeSantis Offers Prediction On How Delta Variant Will Spread

Gov. Ron DeSantis (R-FL) makes his prediction on the Delta variant's spread in his state and the nation as a whole.

The Pentagon is preparing for a possible evacuation of the U.S. embassy in Kabul, Afghanistan amid fears that the Taliban may overrun the compound in the coming days.

As the Islamic terrorist organization makes significant gains, capturing ten provincial capitals across the country, the State Department will reduce embassy staff and is considering relocating its outpost to the Kabul airport, State Department spokesman Ned Price confirmed at a press briefing Thursday.

“We are further reducing our civilian footprint in Kabul … to a core diplomatic presence in the coming weeks,” he remarked. Read More

Judge Barbara Canales said our healthcare system is on the brink of disaster if we do not change the direction we're headed.

US military service members will be allowed to seek an exemption from the soon-to-be-mandated COVID-19 vaccines, which would be determined by individual military service regulations, a Pentagon spokesperson said.

“There is a religious exemption possibility for any mandatory vaccine, and there’s a process that we go through to counsel the individual both from a medical and from a command perspective about using a religious exemption,” Pentagon press secretary John Kirby said during a press briefing on Aug. 10.

The department would make sure that every individual with reservations gets proper counseling on the COVID-19 vaccine’s safety and efficacy, Kirby said. Both a medical professional and a commander would counsel the individual about the risks of not being vaccinated and how that might affect deployability, assignments, travel, teammates, and the mission.

“We take freedom of religion and worship seriously in the military. It’s one of the things that we sign up to defend,” Kirby said. “And so it’s something that’s done very carefully.”

Service members also will be able to apply for medical exemptions, Kirby said. “The primary care physician will be able to help make that determination,” he added. Read More

A California surfing school owner who was charged with killing his two children in Mexico is a follower of QAnon and Illuminati conspiracy theories who thought the children "were going to grow into monsters so he had to kill them," federal officials alleged.

Matthew Taylor Coleman, 40, was charged Wednesday with foreign murder of U.S. nationals in connection with the death of his 2-year-old son and his 10-month-old daughter, according to the U.S. Attorney's Office for the Central District of California. Authorities said Coleman confessed to the killings and told the FBI that he used a spear fishing gun to stab them. Read More

Bill Gates, Jeff Bezos & Michael Bloomberg Make Greenland Trend In US Again As They Seek To Mine It For Electric Car Materials

The three billionaires have faced scorn and mockery on social media for their part in a venture mining “natural resources” in Greenland.

Mineral exploration company KoBold Metals, which is backed by the billionaires, signed a deal with Bluejay Mining this week to mine Greenland for resources that can be used in electric vehicles.

KoBold uses artificial intelligence to search for materials and the company is paying $15 million for the exploration project on the west coast of Greenland. They will receive a 51% stake in the project. The area being explored is thought to contain materials such as nickel, cobalt and copper, all highly sought after for use in batteries.

Bezos, Bloomberg and Gates have all been vocal climate change activists in the past and the idea of them mining land for profit led many critics to roundly mock the billionaires and express outrage. Read More

Someone Stole $600 Million In A Cross-Chain Hack

Cross-chain protocol Poly Network has informed users of an exploit resulting in over $600 million worth of assets being taken by hackers.

Regional authorities in Sicily recorded temperatures of 48.8 degrees Celsius (119.8 Fahrenheit) Wednesday as an anticyclone dubbed "Lucifer" swept in, which if confirmed would be a new Italian and European record.

The blistering temperature was recorded near Syracuse, beating Italy's all-time record of 48.5 degrees, set in Sicily in 1999, and the 1977 record of 48 degrees at Eleusis in Greece.

A spokesman for Italy's national meteorological service said the result still had to be validated, while the World Meteorological Organization, which lists the Greece record as Europe's highest, did not respond to requests for comment. Read More

Will The Unvaccinated Still Be Able To Get Life Insurance?

The latest uptick in COVID cases has been dubbed the "pandemic of the unvaccinated," with the average number of new cases over the last seven days up nearly 70% and hospitalizations up 36%. Yet, while some of those represent breakthrough cases, the vast majority of Americans falling sick or dying in this latest wave are unvaccinated, Dr. Anthony Fauci said earlier this month. Read More