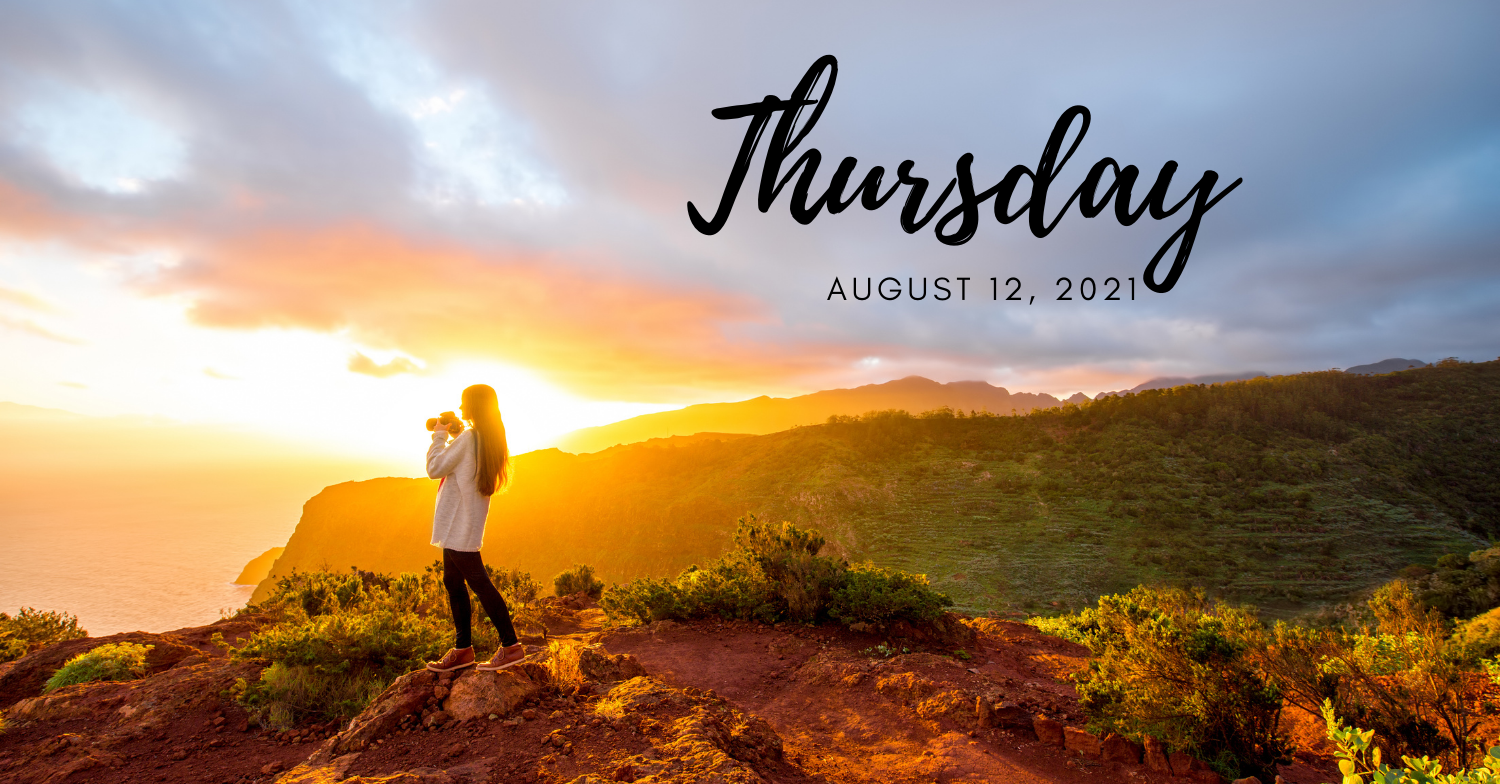 * Anti- Vax Nurse Injects 8,600 With Saline Instead Of Covid- Vaccine

* Dr. Dan Stock's Presentation To The Mt. Vernon School Board In Indiana

* 'We Can't Forget About Enoch'

* Preparing For DOOMSDAY U.S. Soldiers Are Training In NYC For 'America's Worst Day' That Could See Nuclear Or Bio Attacks And Ballistic Threats

* For The 1st Time Recorded History, Smoke From Wildfires Reaches The North Pole

The LockBit ransomware-as-a-service (RaaS) gang has published the name and logo of what’s purportedly one of its latest victims: Accenture, the global business consulting firm with an insider track on some of the world’s biggest, most powerful companies.

Accenture’s clients include 91 of the Fortune Global 100 and more than three-quarters of the Fortune Global 500. According to its 2020 annual report, that includes e-commerce giant Alibaba, Cisco and Google. Valued at $44.3 billion, Accenture is one of the world’s largest tech consultancy firms: It employs around 569,000 people across 50 countries.

In a post on its Dark Web site, LockBit offered up Accenture databases for sale, along with a requisite jab at what the gang deemed to be Accenture’s pathetic security. Read More

New York Lieutenant Governor Kathy Hochul will become the state's first female governor when Governor Andrew Cuomo steps down. She vowed that her administration would not be a toxic workplace. Jericka Duncan has more.

This document presents considerations from the perspective of the U.S. Centers for Disease Control & Prevention (CDC) for implementing the shielding approach in humanitarian settings as outlined in guidance documents focused on camps, displaced populations and low-resource settings.1,2  This approach has never been documented and has raised questions and concerns among humanitarian partners who support response activities in these settings. The purpose of this document is to highlight potential implementation challenges of the shielding approach from CDC’s perspective and guide thinking around implementation in the absence of empirical data. Considerations are based on current evidence known about the transmission and severity of coronavirus disease 2019 (COVID-19) and may need to be revised as more information becomes available. Please check the CDC website periodically for updates. Read More

Did Naftali Bennett just threaten to cancel the Messiah?

Israel’s Prime Minister called for all Israelis to get vaccinated but implicit in his words was a message that non-vaccination would postpone the Messiah.

At Sunday’s cabinet meeting Naftali Bennett discussed the current spike in the pandemic. He threatened a new shutdown, saying, “If we get vaccinated in Elul, we can hear the shofar in Tishrei.”

The Hebrew month of Elul began this week, marking a period of intensified repentance in preparation for the Jewish high holiday period in the month of Tishrei when the shofar (ram’s horn) is blown on Rosh Hashanna.

Bennett’s intention was clearly a warning that if there was not an increase in vaccinations, there would be a shutdown during the upcoming Jewish holidays. This threat is proving contentious as political and social pressure led the government to issue an exemption to synagogues under the newly instated  Green Pass restrictions. The new restrictions that kicked in on Sunday limited gatherings of any size, indoors and out, to those who have been vaccinated, recovered from the virus, or who present a negative COVID test. While the plan originally included synagogues and other houses of worship, these were eventually exempted in prayer services with fewer than 50 participants. Many politicians were angered by the exemption. Read More

Anti-Vax Nurse Injects 8,600 With Saline Instead Of COVID Vaccine

A German nurse is being investigated for allegedly injecting thousands of people with a placebo instead of the coronavirus vaccine. Based on witness testimony, police investigator Peter Beer said there was “a reasonable suspicion” that the rogue medical professional had administered shots of saline solution to up to 8,600 patients who were slated to receive the COVID jab, Reuters reported.

For years, the NYPD used a “surveillance slush fund” for a range of policing tech with no public oversight – under a shadowy deal with city officials that kept equipment used in “confidential operations” secret.

That year, the force entered into a “memorandum of understanding” (MoU) with the comptroller’s office – the city’s chief auditing agency – and the Office of Management and Budget that allowed it to bypass New York City council approval and keep details about its expenditures under this fund from official scrutiny.

The paperwork, which was made public by civil rights groups Legal Aid Society (LAS) and the Surveillance Technology Oversight Project (STOP), includes contracts, vendor agreements, bids, maintenance requests and special memos – all of which are heavily redacted.

According to the groups, this flouts the Public Oversight of Surveillance Technology (POST) Act passed by the city council last year that nullified the 2007 MoU and required the NYPD to reveal surveillance-related expenses, how it uses these tools to monitor New Yorkers and how it protects the collected information. Read More

Dr. Dan Stock's Presentation To The Mt. Vernon School Board In Indiana Over The Futility Of Mask Mandates And Covid-19 Protocols

On Friday, August 7th Dr. Dan Stock addressed the Mt. Vernon School Board in Indiana over the futility of mask mandates and Covid-19 protocols in most schools.

Monday marked the eighth day since the latest and most powerful of a series of afternoon thunderstorms that hit the Enoch area several times over a two-week period.

Following a 45-minute midday meeting at the Enoch City offices, Cox and Enoch Mayor Geoffrey Chesnut spoke to members of the media along the Old Highway 91 frontage road adjacent to Interstate 15.

“We’re here with the mayor and their team, just surveying the damage and what’s taking place out here,” Cox said, adding that the data collected on the storms is “going to be really important as we look to the future and how we can prevent these types of floods from happening.”

JACKSONVILLE, Fla. — Just months after an "experimental explosion" registered as a magnitude 3.9 earthquake off the Florida coast, another one has popped up again, seismic networks show.

The latest quake-like explosion happened just before 3 p.m. on Sunday according to the United States Geological Survey (USGS) and also registered as a 3.9 magnitude quake like the previous.

While the Navy hasn't provided additional information on this quake - also classified as an "experimental explosion" by USGS - it did happen in roughly 29 miles from the one they did confirm in June - roughly 110 miles east of Jacksonville, Florida and 174 miles southeast of Hilton Head.

In June, News19's sister station in Jacksonville was able to confirm that a previous experimental explosion off the coast was the result of the Navy conducting "shock trials" in the area. Thirteen people reported to the USGS that they felt that one.Sunday's rumble has only had two reports so far. Read More

We officially have Tropical Storm Fred! Max winds at 40 mph. Here's the updated track, not much different.

We officially have Tropical Storm Fred! Max winds at 40 mph. Here's the updated track, not much different. pic.twitter.com/DrLlcOz9Lb

The Army’s Task Force 46 were coached on how to respond to an attack on New York City, including a focus on its subway system and tourist hotspots like the Yankee Stadium.

Around 170 soldiers from across the country joined forces with the city’s police force and firefighters for the three day exercise on Randall’s Island last week.

Task Force 46, which was formed in 2013, spent their time practicing chemical decontamination and how to carry out search and rescue efforts. Read More

For The 1st Time In Recorded History, Smoke From Wildfires Reaches The North Pole

Smoke from wildfires raging in Russia has reached the North Pole for the first time in recorded history.

Data captured by satellites flying over the region revealed Friday show just how much smoke is being produced from the hundreds of forest fires in the Sakha Republic in Siberia and just how far that smoke is spreading, NASA said in a release issued over the weekend.

Smoke blankets the sky for about 2,000 miles from east to west and 2,500 miles north to south, the report noted. Smoke from those fires has even been recorded as having traveled more than 1,864 miles to reach the North Pole — an unprecedented distance.

Smoke from the fires also stretched over 1,200 miles on Wednesday to reach all the way to Mongolia, NASA said. Ulaanbaatar, the capital of Mongolia, and some northern and central regions were blanketed in "white smoke," China's Xinhua news agency reported. The smoke was also visible in Canada, some western regions of Greenland and Nunavut, a Canadian territory. Read More

Researchers have developed a new test that can measure a person's level of COVID-19 antibodies with just a prick of blood, and deliver the results within one hour.

While it's not on the market yet, the test has the potential to help us understand how long protection against the COVID-19 virus lasts after infection or vaccination.

Scientists at the University of Toronto created the test, which determines the number of antibodies in a blood sample using a light-emitting enzyme that gives off a flash of light when antibodies are present.

In addition to being faster and cheaper than the tests that are on the market, the inventors say that the new test is also highly sensitive and produces fewer false-positive results than current tests. Read More

It's being widely reported that Italian police are investigating a threat made on Pope Francis' life after a mysterious envelope addressed to the pontiff was intercepted at a mail sorting facility near Milan.

The suspicious envelope was reportedly sent from France but left few other details in terms of the identity of the sender. It was found during overnight sorting.

The envelope was addressed by hand in pen to: "The Pope, Vatican City, St. Peter's Square, Rome," and contained three bullets presumed to be for a pistol and a message referring to financial operations at the Vatican.

The financial scandal-related message is interesting given that an unprecedented Vatican trial is still underway, likely to result in the downfall of a very senior cardinal. It's centered on shady London real estate purchases and mismanaged funds that were intended for charity. Read More

Employees with San Francisco and Oakland school districts will be required to be vaccinated against COVID-19 or take weekly coronavirus tests, and the governor on Wednesday is expected to announce a statewide mandate for teachers and staff. Kris Sanchez reports.