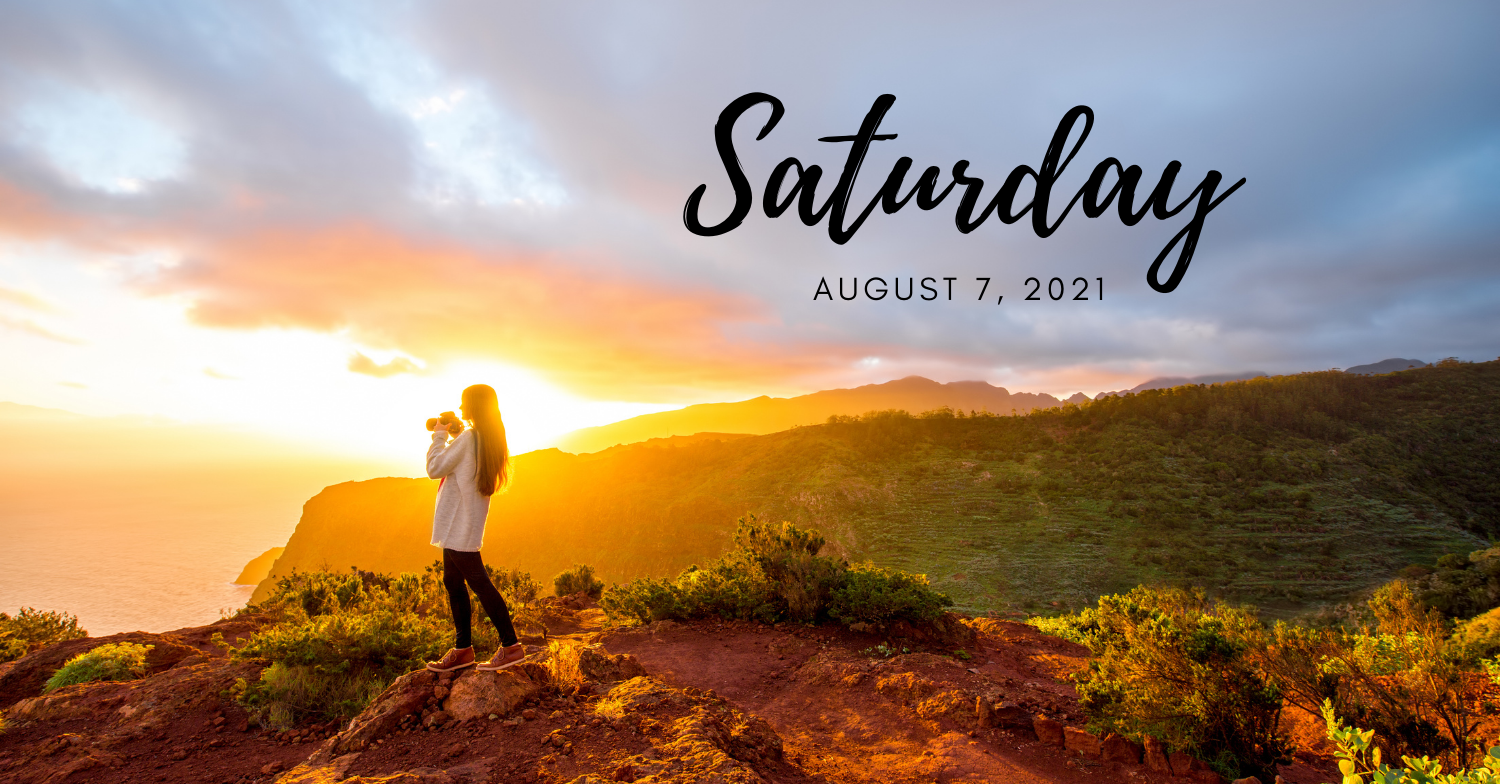 * Firefighters Working The Historic Dixie Fire Have Guns Pulled On Them By Residents Who Refuse To Evacuate As The Largest Wildfire in The U.S. Continues To Burn Through 433,000 Acres

* 9/11 Families To President Biden: Don't Come To Our Memorial Events

* Using Two CRISPR Enzymes, A Covid Diagnostic In Only 20 Mins

* Can Consciousness Be Explained By Quantum Physics? Fascinating Research Takes Us A Step Closer To Finding Out

* See Mask Guidance And Mandates in Each State

* Fauci Discusses Potential For Covid- 19 To Mutate Beyond Vaccine Efficacy

Italy is doubling down on vaccine passports. Following a decision to limit access to activities such as indoor dining to holders of a “green pass” beginning Friday, the Rome-based government has approved new restrictions on travel and schools, Health Minister Roberto Speranza said in press conference on Thursday evening in Rome.

Firefighters Working The Historic Dixie Fire Have Guns Pulled On Them By Residents Who Refuse To Evacuate As The Largest Wildfire In The US Continues To Burn Though 433,000 Acres

Firefighters attempting to put out the massive Dixie Fire have encountered residents who refuse to evacuate - some of whom pulled guns on them - even as the wildfire continues to spread.

The latest challenge comes as the three-week-old wildfire continues to devastate Northern California, becoming the largest wildfire in the U.S and the state's third largest ever.

Dixie has burned nearly 100,000 acres in the last 24 hours, and the wildfire officially burned a total of 433,000 acres. Firefighters have contained 35 percent of the fire.  Read More

Key members of former president Donald Trump's justice department could face questioning from the house select committee investigating the insurrection. CNN's Elie Honig details the characters involve while Jessica Schneider looks at the mounting evidence against Trump and his allies.

In Drought-Plagued Northern Mexico, Tens Of Thousands Of Cows Are Starving To Death

CAJEME, Mexico — In the parched hills of southern Sonora, Marco Antonio Gutierrez paced around a clearing, counting the dead.

"There's nothing for them to eat," said Gutierrez, a wide-brimmed hat shading his downcast eyes. "There used to be big ranches here. Now it's pure sorrow."

Two years of extreme drought have turned large stretches of northern Mexico into a boneyard. Between starvation and ranchers forced to prematurely sell or slaughter their livestock, officials say the number of cattle in Sonora has dropped from 1.1 million to about 635,000.

It's an unimaginable loss for a state that is world-famous for its high-quality cows, and where beef is not just a central part of the diet and economy but also a tradition that binds families together.

This is a place, after all, with a bull on its state flag, and where families gather every Sunday around their charcoal grills. Red meat is considered a birthright: It's not uncommon for folks here to eat beef three times a day — machaca scrambled with eggs for breakfast, arrachera for lunch and carne asada for dinner.

Gutierrez, 55, and pretty much everyone he knows was born ranching. By the age of 10, he and his friends had all learned from their fathers how to lasso, brand and even pull a calf from the womb.

Now, as they desperately watch the skies for rain, they wonder if there's any future in it.

Gutierrez doesn't use the phrase "climate change" to describe what's happening, but he laments that every year seems drier and hotter than the last. In recent months, he has watched helplessly as 70 of his 100 cows have starved to death. Read More

California Forced To Shut Down Major Hydroelectric Plant Due To Record-Low Water Levels, Cattle Dying In Arizona And Mexico

California has just shut down a major hydroelectric power plant at Lake Oroville as water levels fell near the minimum necessary to generate power, according to CNBC.

It’s the first time the state has shut down the Hyatt Power Plant due to depleted water levels since the plant went into operation in 1967. The loss of power could fuel even more rolling blackouts this summer as the state grapples with a historic drought and record-breaking heatwaves. Officials said the record-low water levels at Lake Oroville, a man-made water reserve in Northern California, are a result of the drought exacerbated by climate change.

Though California consistently experiences drought, climate change fueled high temperatures and dry soil that significantly reduced water runoff into the reservoirs this spring, resulting in the lowest levels ever recorded at Lake Oroville, officials said Thursday. The Mercury News stated, “This is just one of many unprecedented impacts we are experiencing in California as a result of our climate-induced drought,” said Karla Nemeth, director of the state Department of Water Resources, which owns the dam. Read More

The Biden administration has extended the student loan pause to Jan. 31, 2022 to give students more time to start planning payments and avoid delinquency. This is the final extension to the pause.

9/11 Families To President Biden: Don't Come To Our Memorial Events

Nearly 1,800 Americans directly affected by the Sept. 11, 2001, terrorist attacks are opposing President Joe Biden’s participation in any memorial events this year unless he upholds his pledge to declassify U.S. government evidence that they believe may show a link between Saudi Arabian leaders and the attacks.

The victims’ family members, first responders and survivors will release a statement Friday calling on Biden to skip 20th-anniversary events in New York and Shanksville, Pennsylvania, and at the Pentagon unless he releases the documents, which they believe implicate Saudi officials in supporting the acts of terrorism. The group says that as a candidate Biden pledged to be more transparent and release as much information as possible but that his administration has since then ignored their letters and requests. Read More

Using Two CRISPR Enzymes, A COVID Diagnostic In Only 20 Minutes

Frequent, rapid testing for COVID-19 is critical to controlling the spread of outbreaks, especially as new, more transmissible variants emerge.

While today's gold standard COVID-19 diagnostic test, which uses qRT-PCR—quantitative reverse-transcriptase-polymerase chain reaction (PCR)—is extremely sensitive, detecting down to one copy of RNA per microliter, it requires specialized equipment, a runtime of several hours and a centralized laboratory facility. As a result, testing typically takes at least one to two days.

A research team led by scientists in the labs of Jennifer Doudna, David Savage and Patrick Hsu at the University of California, Berkeley, is aiming to develop a diagnostic test that is much faster and easier to deploy than qRT-PCR. It has now combined two different types of CRISPR enzymes to create an assay that can detect small amounts of viral RNA in less than an hour. Doudna shared the 2020 Nobel Prize in Chemistry for invention of CRISPR-Cas9 genome editing. Read More

Can Consciousness Be Explained By Quantum Physics? Fascinating Research Takes Us A Step Closer To Finding Out

One of the most important open questions in science is how our consciousness is established. In the 1990s, long before winning the 2020 Nobel Prize in Physics for his prediction of black holes, physicist Roger Penrose teamed up with anesthesiologist Stuart Hameroff to propose an ambitious answer.

They claimed that the brain’s neuronal system forms an intricate network and that the consciousness this produces should obey the rules of quantum mechanics – the theory that determines how tiny particles like electrons move around. This, they argue, could explain the mysterious complexity of human consciousness.

Penrose and Hameroff were met with incredulity. Quantum mechanical laws are usually only found to apply at very low temperatures. Quantum computers, for example, currently operate at around -272°C. At higher temperatures, classical mechanics takes over. Since our body works at room temperature, you would expect it to be governed by the classical laws of physics. For this reason, the quantum consciousness theory has been dismissed outright by many scientists – though others are persuaded supporters.

Instead of entering into this debate, I decided to join forces with colleagues from China, led by Professor Xian-Min Jin at Shanghai Jiaotong University, to test some of the principles underpinning the quantum theory of consciousness.  Read More

See Mask Guidance And Mandates In Each State

For weeks, vaccinated Americans believed it was safe to forgo mask-wearing indoors. Now mask requirements are making a comeback.

The Centers for Disease Control and Prevention recently recommended that all Americans, regardless of vaccination status, wear masks in indoor public places within areas experiencing coronavirus outbreaks, a reversal of the guidance it offered in May.

For weeks, vaccinated Americans believed it was safe to forgo mask-wearing indoors. Now mask requirements are making a comeback. The guidance reflects the recent surge of coronavirus cases in many parts of the country, fueled by the Delta variant. https://t.co/yUoceARK8v

If you're wondering just how advanced artificial intelligence (AI) systems are getting, then know this: the US military is testing an experimental AI network tasked with identifying likely future events worthy of closer attention, and days before they occur.

The series of tests are called the Global Information Dominance Experiments (GIDE), and they combine data from a huge variety of sources, including satellite imagery, intelligence reports, sensors in the field, radar, and more.

Cloud computing also plays an important part in this setup, making sure that vast chunks of data collected from all over the world can be processed efficiently, and then accessed by whichever military officials and agencies need them.

"GIDE, the Global Information Dominance Experiments, embodies a fundamental change in how we use information and data to increase decision space for leaders from the tactical level to the strategic level – not only military leaders, but [it] also gives opportunity for our civilian leaders," US Air Force General Glen D. VanHerck explained in a press briefing last week. Read More

EIGHT MEMBERS OF the editorial board of a scientific journal have resigned after it published a slew of controversial papers that critics fear could be used for DNA profiling and persecution of ethnic minorities in China.

The journal, Molecular Genetics & Genomic Medicine, is the latest to be caught up in controversy involving ethically fraught research. Emails obtained by The Intercept show that the journal’s editor-in-chief has been slow to respond to queries about the papers, which involve research on Tibetans and Uyghurs, among other ethnic groups, and were first brought to her attention in March. The journal is published by Wiley, a multinational company based in New Jersey that is one of the world’s premier scientific publishers.

Studies involving DNA profiling, facial recognition, and organ transplantation have sparked controversy at other journals, but this is the first time that so many members of a journal’s editorial board — eight of 25 — have resigned in response to such issues. Read More

Fauci Discusses Potential For COVID-19 To Mutate Beyond Vaccine Efficacy

At Thursday's Task Force press briefing, Dr. Anthony Fauci was asked about the potential for COVID-19 to mutate beyond the capacity for vaccines to be effective against it.

The Delta variant continues to fuel a surge of COVID-19 cases. Dr. Michael Osterholm joins “CBS This Morning” to explain how the spike could affect plans for booster vaccines. Each weekday morning, "CBS This Morning" co-hosts Gayle King, Anthony Mason and Tony Dokoupil deliver two hours of original reporting, breaking news and top-level newsmaker interviews in an engaging and informative format that challenges the norm in network morning news programs.