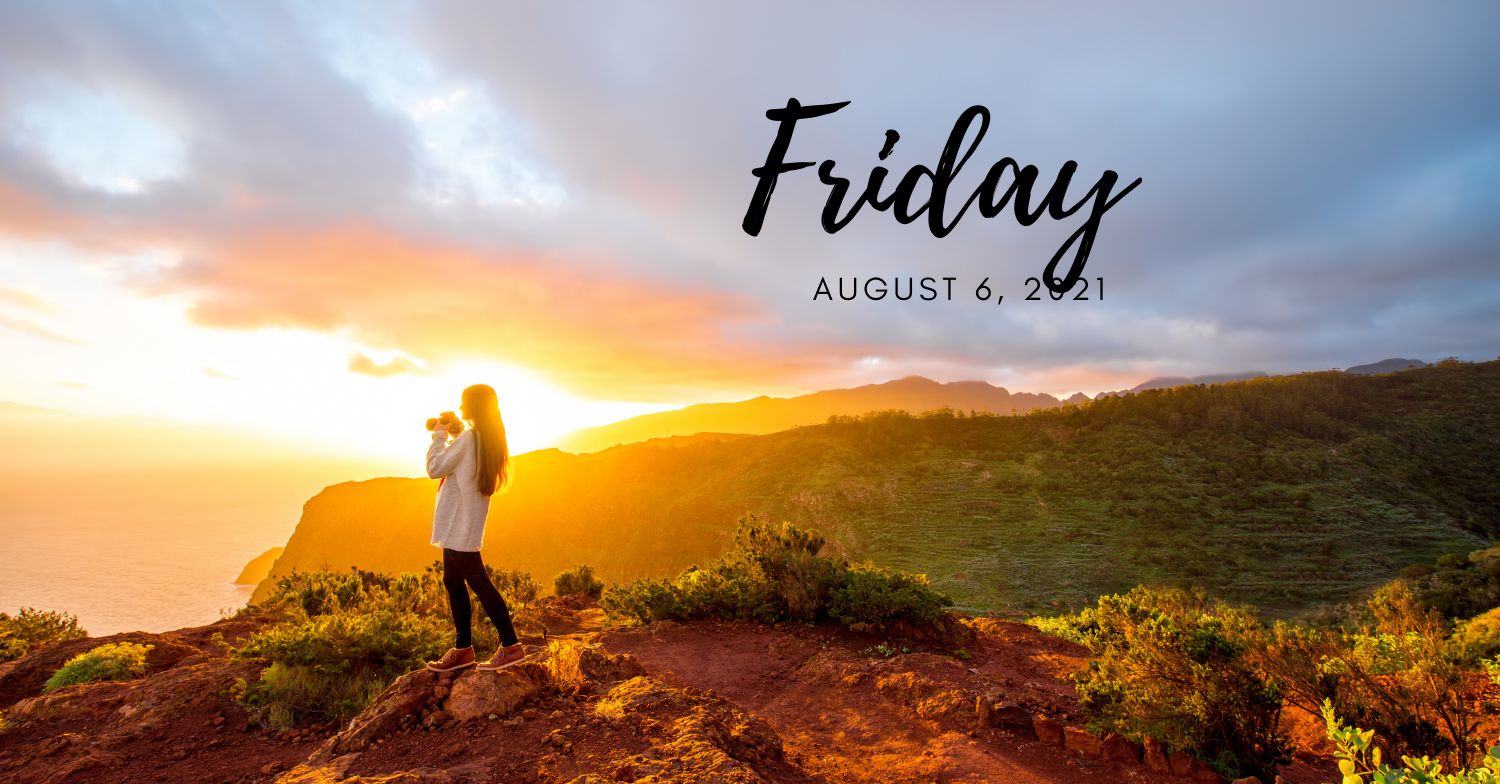 * How To Show Proof Of Your Covid Vaccine On Your Phone

* DeSantis: Vaccine Mandates For Hospital Workers Are 'Not Something I Support'

* Angry At The Unvaccinated? Here's A Better Way.

* The Top Official Resigned Because Of Trump's Direct Instructions 'To Weaponize The DOJ For 'Improper Ends,' Report Says

How To Show Proof Of Your Covid Vaccine On Your Phone

Before you leave the house, don’t forget to take your phone, keys, wallet, mask—and some form of Covid-19 vaccine record.

New York City will require proof of vaccination for many indoor activities, such as dining, gyms and events, starting Aug. 16. Where I live in San Francisco, many bars require vaccine documentation for entry. Yelpannounced it will allow users to filter local business listings by two new attributes: “Proof of vaccination required” and “All staff fully vaccinated.” (If you aren’t vaccinated, there are other... Read More

Some who are fully vaccinated are still getting COVID. So does that mean the vaccine doesn't work? Not exactly. Some context on breakthrough cases.

Kayyem claimed in the Atlantic that “a no-fly list for unvaccinated adults is an obvious step that the federal government should take” due to TSA PreCheck, which “divide[s] passengers into categories according to how much of a threat the government thinks they pose.”

The Atlantic‘s own account. “If you submit to heightened scrutiny in advance,” Kayyem said, “TSA PreCheck lets you go through security without taking off your shoes; a no-fly list keeps certain people off the plane entirely.” Read More

Iranian ultraconservative cleric Ebrahim Raisi was sworn in on Thursday as the Islamic Republic’s eighth president, promising to pursue the country’s “legal rights,” but also not ruling out diplomacy with the West to ease economic sanctions.

Raisi, who is expected to take a less conciliatory approach than his predecessor, comes into office as high-stakes talk for the resumption of the 2015 nuclear pact have stalled, and with tit-for-tat sabotage attacks between Israel and Iran threatening to snowball into open conflict.

“The policy of pressure and sanctions will not cause the nation of Iran to back down from following up on its legal rights,” Raisi said in a parliamentary ceremony broadcast live on state television, referring to the country’s nuclear program. Read More

DeSantis: Vaccine Mandates For Hospital Workers Are 'Not Something I Support'

Gov. Ron DeSantis (R-FL) says that vaccine mandates for hospital staff are "not something I support."

US Secretary of Defense Lloyd Austin - the former Raytheon guy - is expected to announce a mandatory vaccine policy for all 1.3 million active-duty US military on Friday. It will follow a similar mandate issued last week for all federal employees and on-site contractors, including the Defense Department's civilian employees.

France’s Constitutional Court has ruled that the new law that makes the coronavirus ‘health pass’ mandatory for the general public, and vaccination compulsory for healthcare professionals, to be in line with the constitution.

France’s top court ruled on Thursday that the new legislation, which tightens the coronavirus restrictions, is largely compliant with the nation’s fundamental law. In particular, the court upheld the provisions that require people to hold a valid ‘health pass’ to access restaurants and bars, and for healthcare workers to be vaccinated against the virus by mid-September.

At the same time, the court considered it to be unconstitutional to fire a healthcare worker on a short-term contract who refuses mandatory Covid vaccination. It also rejected a provision allowing mandatory quarantine with checks for anyone who tests positive for the virus.

The constitutional review of the legislation was requested by Prime Minister Jean Castex, as well as by multiple opposition lawmakers before the law’s enactment scheduled for next Monday. Read More

Angry At The Unvaccinated? Here’s A Better Way

Many vaccinated people are angry at those who aren’t. If you’ve had your Covid shots, you may agree with Gov. Kay Ivey of Alabama, who said recently: “Folks supposed to have common sense, but it’s time to start blaming the unvaccinated folks, not the regular folks. It’s the unvaccinated folks that are letting us down.”

And it’s not just the masses who are letting us down but people close to us: our coworkers, friends, family members. You may be furious at what you see as the selfishness and ignorance and lack of civic responsibility in the people in your life who refuse to get the jab.

And you’re not alone – social media is rife with posts that attempt to convince people to get vaccinated by explaining how wrongheaded they are. It’s human nature. You might be doing the same kind of browbeating yourself.

But here’s a question: How’s that strategy working for you? After you lay into the anti-vaxxers and the vaccine-hesitant, are they thanking you for setting them straight and rushing to make appointments?

Our guess is, that’s not what’s happening.

Instead, those conversations get heated, things get said that can’t be unsaid and you both leave feeling angry, frustrated and resentful. In the moment, it can feel good to indulge our emotions and let them have it. But the cost is high: We damage the relationship and they don’t get vaccinated. Even when we present them with clear, seemingly convincing facts. Read More

A Top Official Almost Resigned Because Of Trump's 'Direct Instructions' To Weaponize The DOJ For 'Improper Ends,' Report Says

A top official at the Justice Department was prepared to resign in January because of then-President Donald Trump's "direct instructions" to use the department to push bogus claims of election fraud, CNN reported on Wednesday.

The official, Patrick Hovakimian, was the chief of staff to acting Attorney General Jeff Rosen. Hovakimian drafted his resignation letter on January 3, anticipating that Trump would fire Rosen and replace him with a loyalist, Jeffrey Clark, CNN said. At the time, Clark was the acting assistant attorney general for the DOJ's civil division, and he supported Trump's efforts to intervene in Georgia's election certification.

"This evening, after Acting Attorney General Jeff Rosen over the course of the last week repeatedly refused the President's direct instructions to utilize the Department of Justice's law enforcement powers for improper ends, the President removed Jeff from the Department," Hovakimian wrote in the draft letter, according to CNN.

CNN reported that Hovakimian's letter was addressed to top DOJ officials but never sent because Trump didn't fire Rosen. The department turned the letter over to the House Oversight and Reform Committee as part of the panel's investigation into the events that preceded the deadly Capitol insurrection on January 6. The committee also interviewed Hovakimian. CNN reported that he was one of half a dozen officials who had been prepared to resign if Trump fired Rosen. Read More

Target said Wednesday it will offer new perks to woo workers: a debt-free way to get a college degree and payments toward graduate programs.

Starting this fall, the big-box retailer said it will cover the cost of tuition, fees and textbooks for part- and full-time workers who pursue a qualifying undergraduate degree at more than 40 institutions. It will also fund advanced degrees, paying up to $10,000 each year for master’s programs at those schools.

Just in: Target is rolling out a new perk to woo workers... It will pay for their undergraduate and graduate degrees. https://t.co/Ha4MqSGfd1

(CNN)The Justice Department's Civil Rights Division is launching an investigation into policing practices in the city of Phoenix, Arizona, with a focus on how the city treats residents experiencing homelessness, Attorney General Merrick Garland announced Thursday.

"We have reviewed court files, media reports, citizen complaints and we also considered factors that we ordinarily weigh in determining whether to open an investigation, including the nature and seriousness of the allegations, the number of allegations, the steps that a department may be taking to address the allegations and the history of the department," Kristen Clarke, the head of the DOJ's Civil Rights Division, said during a news conference.

She continued: "We found that the evidence here warrants a full investigation, but we approach this process with no predispositions or pre-drawn conclusions."

Phoenix Mayor Kate Gallego said Thursday that she welcomes the government's investigation, noting in a statement that "comprehensive reform of policing in the city of Phoenix has been my priority since the first day I took office." Read More

There is concern over the threat posed by the Lambda variant of COVID-19 which may be more resistant to vaccines than the original version of the virus.

Research by a team from the University of Tokyo, which has not yet been peer-reviewed, found that three mutations in Lambda's spike protein help it resist neutralization by vaccine-induced antibodies.

Meanwhile, two mutations in the Lambda variant—T76I and L452Q—make it more infectious than the COVID variant that swept through the world in 2020.

The conclusions of the study posted on BiorXiv on July 28 matched findings—also not yet peer-reviewed—by a team in Chile that found the variant might also evade vaccine antibodies, Infection Control reported. Read More

Google's New Nest Video Doorbell And Cameras: Everything To know

These are the first new Nest home security products from the tech giant since 2018. Plus they're bringing cool features that prioritize security, privacy, usability and affordability. We're not making any calls yet, but these could be real contenders for the best video doorbell and cameras of 2021.