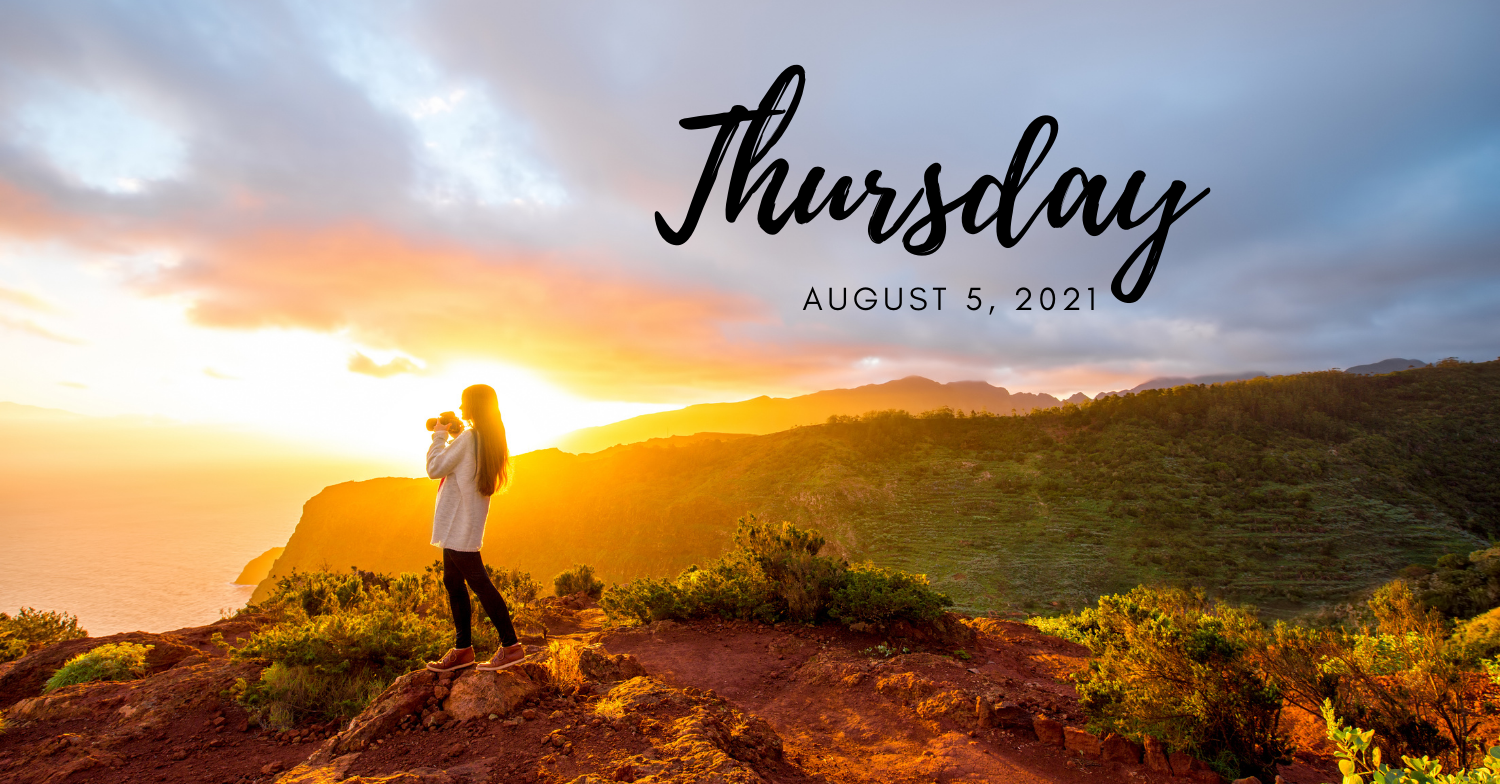 * Days After 110, 000 Descended On Chicago For Lollapalooza Illinois Governor Warns

* Covid -19 Delta Variant Symptoms: What We Know And What To Look For

The Canadian Medical Association and Canadian Nurses Association are calling on governments to require vaccinations for health-care workers.

The Next Covid Variant Could Kill Up To One In THREE People: SAGE
Warns Doomsday Scenario Is 'Realistic Possibility' And UK's Vaccine Roll-Out May Even Speed Up Mutant Strain's Emergence

A doomsday new Covid variant that could kill up to one in three people is a 'realistic possibility', according to the Government's top scientists.

Documents published by the Scientific Advisory Group for Emergencies (SAGE) today warned a future strain could be as deadly as MERS — which has a case fatality rate of 35 per cent — could be on the way. No10's expert panel claimed the likelihood of the virus mutating is highest when it is most prevalent — as is currently the case in Britain.

And in a downside of Britain's hugely successful vaccination drive, the team warned the country's greater levels of immunity may help speed up the virus's evolutionary process.

Rolling out booster vaccines this winter and curbing transmission may help prevent a mutant strain occurring, according to the paper. Read More

Earlier this year, the Biden administration floated the idea of taxing motorists based on the number of miles they travel each year. Now, senators who crafted the $1.2 trillion bipartisan infrastructure bill are moving that idea one step closer to reality. A pilot program to create a system for taxing drivers based on their vehicle mileage was slipped into Section 13002 of the legislation entitled, "National motor vehicle per-mile user fee pilot." Senators could change the language as they try to get a final version of the bill that can secure enough votes for passage.

Earlier this year, Transportation Secretary Pete Buttigieg floated the creation of such a system during his confirmation process as a way to fund an infrastructure bill. The idea was later abandoned by the Biden administration.

The current draft legislation requires Buttigieg and Treasury Secretary Janet Yellen to provide recommendations to Congress within three years, allowing lawmakers to decide then whether to impose a national per-mile tax.

The program would target “passenger motor vehicles, light trucks, and medium- and heavy-duty trucks” and suggest fees that “may vary between vehicle types and weight classes to reflect estimated impacts on infrastructure, safety, congestion, the environment, or other related social impacts." Read More

Dr. Jen Ashton has the latest news on a supplemental COVID-19 vaccine dose being offered for those who received the Johnson & Johnson shot.

It said only that he had "passed away suddenly," but Serbian media cited officials as blaming his death on a heart attack at his home in Belgrade.

"His dedication, commitment, and devotion as the ambassador of our country will be remembered, as will his numerous activities aimed at further improving the cooperation and friendship between Serbia and Russia," the ministry said in a statement.

Lazanski was appointed as Belgrade's top envoy to Russia in July 2019.

He was a longtime journalist for the prominent Serbian daily Politika and a military analyst who had reported from conflict zones in Iran and Iraq, Afghanistan, Chechnya, Africa, and the Middle East. Read More

The allegations are based on an analysis by a professor in Spain which has been rejected by experts. He obtained what he himself described as non-conclusive results after studying one vial. He said the vial was purported to contain a dose of the Pfizer-BioNTech vaccine but said it had come to him by a messenger service and acknowledged that the vial’s origin was unknown.

Pfizer told Reuters its vaccines do not contain the material. This material is also not listed in any of the widely available COVID-19 vaccines worldwide.

Social media posts and blogs with this false claim can be seen here, here , here , here . Many of the posts wrongly suggest the vaccines are therefore toxic. Read More

Texas Gov. Greg Abbott indicated Wednesday that his office will not impose further lockdown measures or mask mandates in response to surging COVID-19 case rates, one day after President Biden singled out the state out for criticism over its pandemic-related policies.

Abbott addressed his stance while touting Texas’ ongoing economic recovery during a speech at the Asian American Hotel Owners Association’s National Convention in Dallas. The governor argued that “lockdowns are wrong” during a pandemic, adding that vaccinations and other safety measures would curtail the spread of the delta variant.

“The surest way to end the pandemic is for everyone who wants one to make sure they get the vaccine,” Abbott said. “That said, going forward in Texas, there will not be any government-imposed shutdowns or mask mandates.”          Read More

Days After 110,000 Descended On Chicago For Lollapalooza, Illinois Governor Warns Of Delta Spread

COLUMBIA, S.C. — Columbia Mayor Steve Benjamin has announced a state of emergency in the city that includes a mask mandate for schools in the city, in what he says is an effort to protect children from COVID-19.

Benjamin issued the declaration Wednesday afternoon due to the rapid spread of the virus, then announced the wording of the ordinance.

The ordinance reads as follows:

"Be it further ordained and imposed  that facial coverings shall be required by all faculty, staff, children over the age of two (2), and visitors, in all buildings at public and private schools or daycares whose purpose is to educate and/or care for children between the ages of two (2) and fourteen (14) to slow the spread of the novel Coronavirus and the disease COVID-19 within the City limits as follows."

The ordinance does not affect adults or high schoolers, and changes no rules for businesses.

The rest of the council will meet at 10 AM Thursday to vote to affirm or oppose the ordinance.

"Under state law I have the authority to declare the emergency here in the city," Benjamin said. "Within 24 hours the council has to decide whether or not their going to support that declaration. I fully expect that they will." Read More

‘Our Lungs Are Burning’: Turkish Mayor Issues Desperate Plea For Help As Raging Wildfires Close In On Power Plant

The mayor of a town in southwestern Turkey has desperately called for a firefighting helicopter or plane with night vision to be sent to the area, as disastrous wildfires close in on his town and its thermal power plant.

“The situation is very serious. The flames have come to the edge of the thermal power plant,” Muhammet Tokat, the mayor of Milas – located east of the major resort of Bodrum – said on Twitter on Tuesday.

Tokat shared a video showing a massive blaze raging through the hills near the city and sending plumes of black smoke into the night skies, a short distance from what appeared to be the Kemerkoy power station.

COVID-19 Delta Variant Symptoms: What We Know And What To Look For

WASHINGTON - A surge by the rapidly spreading COVID-19 Delta variant is swamping hospitals, leading to new mask rules and is prompting mandatory vaccinations across the U.S.

Here’s what the Centers for Disease Control and Prevention (CDC) says about the Delta variant, its symptoms, characteristics and other things to watch for:

Viruses constantly change through mutation, and new variants of a virus are expected to occur. Sometimes new variants emerge and disappear. Other times, new variants persist. Multiple variants of the virus that causes COVID-19 have been documented in the United States and globally during this pandemic. MORE ABOUT THE VARIANTS           Read More

WHO Calls For Booster Shot Halt So Poor Countries Can Get Vaccines, Psaki Calls It A 'False Choice'

Jen Psaki responds to a question about a WHO call for rich countries to not give out booster Covid shots while billions around the world need vaccine access during a White House Press Briefing.

Hawaii's Big Island is fighting the largest wildfire it has ever seen at over 62 square-miles, the Associated Press reported.

"It's the biggest (fire) we've ever had on this island," Mitch Roth, Big Island's mayor said. "With the drought conditions that we've had, it is of concern. You see something like this where you're putting thousands of homes in danger, it's very concerning."

Firefighters have gained more control over the wildfire since it forced thousands to evacuate over the weekend, but officials warned that strong winds on Tuesday could raise the danger again. The fire has already destroyed at least two homes on the Big Island. Read More

Enoch Under State Of Emergency After Sunday Flooding

ENOCH, Utah (ABC4) – Iron County was again rattled by heavy rain and flash flooding on Sunday. Among those seeing widespread damage was the City of Enoch.

Located along I-15 north of Cedar City in Southern Utah, Enoch is home to about 6,000 people who are now under a State of Emergency.

Mayor Geoffrey Chesnut declared the State of Emergency at around 8:30 p.m. Sunday, joining the declarations issued by Cedar City and Iron County last week. These declarations are a way for these communities to ask the State of Utah for assistance recovering from the recent severe weather.

“This storm event caused severe flooding and property damage throughout Enoch City resulting in hundreds of flooded basements and yards and caused a portion of the city wastewater system to be overcome resulting in sewage backing up into basements,” Enoch City’s declaration reads.

According to Mayor Chesnut, most residents will not be reimbursed by their homeowner’s insurance. Read More

President Joe Biden just extended the federal eviction moratorium until October, and the state’s moratorium expires at roughly the same time. So tens of thousands of tenants in the Bay Area who are behind on their rent, only have about eight weeks to figure things out. The state set aside more than $5 billion federal dollars to actually pay their overdue rent, but only a fraction of that money has been spent.