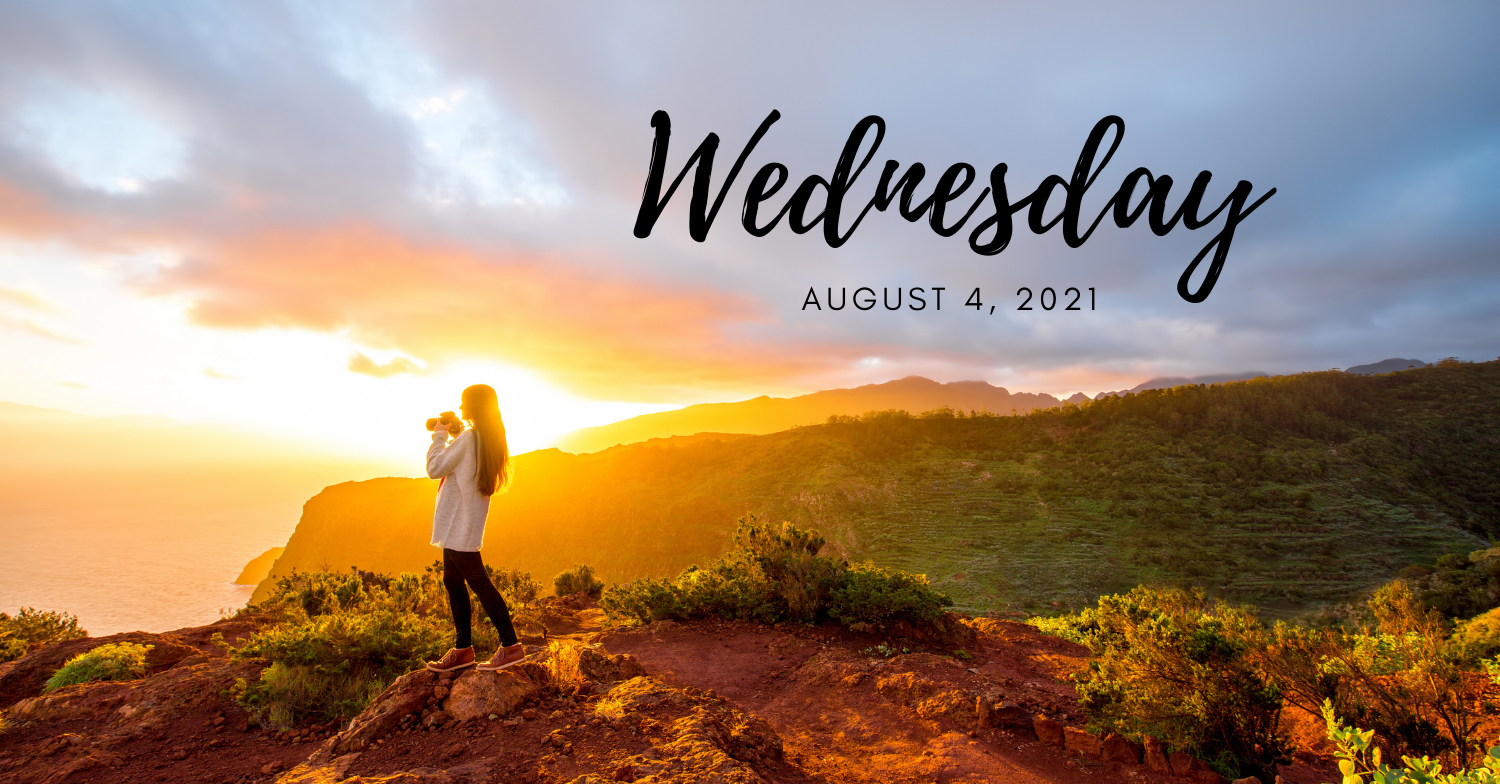 * All Arrivals To Israel From U.S., Germany, France, And 15 Other nations To Quarantine

* Violent And Major Eruptions Of Stramboli And Etna Volcanoes In Italy

* Hayes: How Trump Wields 'Power Of Disinformation' To Stay In Office

Kim Iversen: Capitol Police EXPANDING Nationwide, Why This Is A Huge PROBLEM

Kim Iversen details the reported expansion of the Capitol Police.

Lost Your Vaccine Card? Here’s What You Need To Do

New Yorkers will soon be grabbing their COVID-19 vaccine cards after the city announced that proof of vaccination will be necessary for certain indoor activities — but what happens if they have misplaced the important record of their status?

The paper card contains vital information including the brand of vaccine received as well as the dates that a person was immunized — and it will be the key to entering indoor restaurants, entertainment venues and gyms in the Big Apple starting on Aug. 16.

While Gotham residents can’t get another vaccine card at this time, there are other ways to prove that they’ve been fully vaccinated against the virus.

Here’s what New Yorkers can do if they’ve lost the card: Read More

Farmers in northern Mississippi said they lost a number of crops due to heavy flooding in the area. Torrential rains caused the heavy flooding that affected counties in the Mississippi-Yazoo Delta. While officials acknowledged that the inundated farmlands will affect the state’s economy, they assured that Mississippi’s food production will remain unaffected.

Andy Gipson, the state’s agriculture and commerce minister, went to northern Mississippi to observe the impacted farmlands. “It was just torrential. It looked like a tropical storm,” he said. Gipson added: “[The flooded farmlands] look like lakes where there was cotton and soy beans. [There] are even cornfields that are totally underwater.”

According to Gipson, he has not seen flooding that severe in the state throughout his tenure in the Mississippi Department of Agriculture and Commerce. He said: “This is really an unprecedented event as far north as it is in [northern] Mississippi. We are used to seeing the flooding in [the] south Delta, the Yazoo backwater and other parts of the state, but this event has dropped about 20 inches of rain in north Mississippi and the north Delta.” Read More

Amazon’s drone delivery business may be in trouble.

More than 100 employees at Amazon Prime Air in the UK have lost their jobs and dozens of others are moving to other projects as the company shuts part of its drone operation, WIRED understandshttps://t.co/jP4aZVaRmV

A police officer died Tuesday following a shooting outside the Pentagon building, according to three law enforcement sources.

While the exact circumstances of the shooting are still unclear, CNN previously reported that an officer had been shot in the incident. The Pentagon Force Protection Agency, which oversees the security of the Pentagon, did not respond to CNN’s request for comment.

The “shooting event” occurred on the bus platform on the Pentagon complex and prompted a lockdown of the building with no personnel allowed outside, according to a message that was sent to the Pentagon workforce by the Pentagon Force Protection Agency.

The lockdown has since been lifted, the agency announced later Tuesday, tweeting: “The Pentagon has lifted the lock down and has reopened. Corridor 2 and the Metro entrance remains closed. Corridor 3 is open for pedestrian traffic.” Read More

Authorities announced on Monday two more police officers present during the January 6 riots at the U.S. Capitol have died by suicide. This brings the total to four officers who have taken their own lives following the insurrection. The first suicide announced on Monday was that of Officer Gunther Hashida of Washington, D.C.'s Metropolitan Police Department (MPD). The department confirmed Hashida committed suicide on Thursday. Hashida, 43, was a week away from celebrating his birthday. He was married with three children. It is unclear how he took his own life.

Later on Monday, a department official also announced MPD Officer Kyle DeFreytag was found dead on July 10. A memorial service was held for DeFreytag over the weekend. There was no information provided about how DeFreytag died.

News of Hashida's death spread on Twitter and House Speaker Nancy Pelosi released a statement on Monday afternoon before DeFreytag's death was made public. Read More

President Biden joined other lawmakers in calling for New York Governor Andrew Cuomo to resign, after a report by the state's attorney general found that he had sexually harassed 11 women.

All Arrivals To Israel From U.S., Germany, France And 15 Other Nations To Quarantine

Israel has approved requiring arrivals from 18 countries to enter mandatory quarantine after landing in Ben Gurion airport as of August 11, regardless of vaccination status or age. The measure was initially supposed to come into effect on Friday, August 6, but the Health Ministry pushed it to next Wednesday following criticism.

A Knesset panel approved the measure, which would see arrivals coming from the United States, Greece, Italy, Germany and several other countries entering mandatory quarantine upon landing in Israel.

NATO is a military alliance established by the North Atlantic Treaty in 1949 with 30 active member countries. “All 30 Allies contribute to the NATO budget on an agreed cost-share formula based on Gross National Income, which represents a small percentage of each member’s defence budget,” according to its website.

Since the July 15 ceremony, online users have posted claims around the NATO command in Norfolk. One Facebook video, claiming the Pentagon surrendered the Norfolk Naval Base, had more than 9,000 thousand views. This 46-minute video posted to YouTube has more than 1,200 views, titled: “Norfolk Base taken over By Nato, Bet ya dont [sic] see this in the lamestream.” Read More

The explosion ejected volcanic material over 150 m (490 feet) in the air.

The volcanic event was clearly detected by all seismic stations at Stromboli.

The strong eruption stopped around 21:30 UTC.

Stromboli is situated in the NE-most of the Aeolian Islands and is characterized by frequent mild explosions.          Read More

Tyson Foods To Require COVID-19 Vaccinations For All US Employees

Tyson Foods is mandating COVID-19 vaccinations for its entire U.S. workforce in an effort to protect against the spread of the delta variant.

"It is abundantly clear that getting vaccinated is the single most effective thing we can do to protect ourselves, our families and our communities," Tyson Foods president and CEO Donnie King said in a memo to employees. "We take this step today because nothing is more important than our team members’ health and safety, and we thank them for the work they do, every day, to help us feed this country, and our world."

The company says it will make exceptions to the vaccination mandate for workers who seek a medical or religious accommodation. Read More

Hayes: How Trump Wields ‘Power Of Disinformation’ To Stay In Office

Chris Hayes breaks down how Donald Trump has used the power of disinformation to try to influence the 2016 election, the 2020 election—and now the 2024 election.

NEW YORK — Mayor Bill de Blasio announced a new policy Tuesday that requires people to show proof of Covid-19 vaccination to dine inside restaurants, work out at a gym, attend a play or go out dancing.

The new program to “unlock New York City” will begin Aug. 16, with enforcement set to start Sept. 13, according to City Hall. Enforcement will fall to the city health department and businesses could be fined, though the details still need to be worked out in the coming weeks, the mayor said. Read More