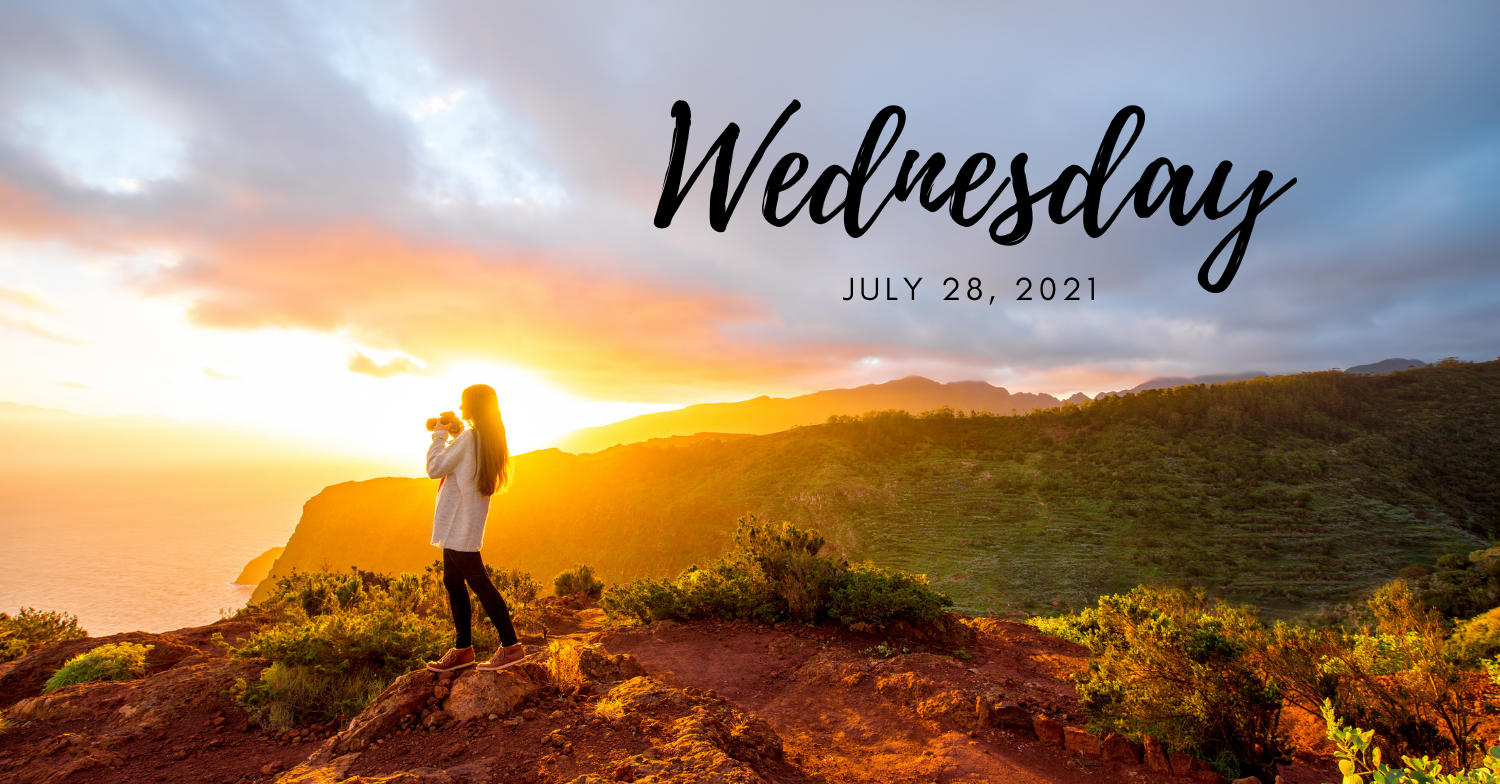 * Biden Will Announce Vaccination Requirements Across Federal Government On Thursday

* NYC Mayor: It's Time For Mandates; It's The Only Way To Protect Our People

* More Over Covid: A Drug Resistant Superbug Fungus Is Now Being Reported In Texas And Washington D.C.

* How Geospatial- Based Tech Catalyzes Smart Cities In India

* The 2030 Agenda As Blueprint For A Post Covid World

Biden Will Announce Vaccination Requirement Across Federal Government On Thursday

President Joe Biden will announce on Thursday a requirement that all federal employees and contractors be vaccinated against Covid-19, or be required to submit to regular testing and mitigation requirements, according to a source with direct knowledge of the matter.

The announcement will come in remarks where Biden is also expected to lay out a series of new steps, including incentives, in an attempt to spur new vaccinations as the Delta variant spreads rapidly throughout the country. It will also follow the decision by the Department of Veterans Affairs to require its frontline health care workers to be vaccinated over the course of the next two months.

Biden alluded to the looming announcement on Tuesday. Read More

JOHANNESBURG - South Africa's state-owned logistics firm Transnet says its main port terminals have been hit by a major cyberattack, prompting it to turn to a rarely-invoked clause releasing it from liability.

In a letter to its customers, dated Monday, the company said it was declaring force majeure - a clause that prevents a party from fulfilling a contract because of external and unforeseen circumstances.

It said it had "experienced an act of cyber-attack, security intrusion and sabotage, which resulted in the disruption of... normal processes and functions." Read More

Ships have started to bypass South African ports, and many more may now do so, after Transnet delcared force majeure at its port operations on Monday.

Container vessels that had been due to call at both Cape Town and Durban had been diverted, shipping agents said, in one case to the Port of Maputo, and in other onwards to its Asian stops, bypassing the continent entirely.

Importers – already struggling with shortages of key goods – will now have longer to wait for containers on those ships. Just how long is not yet clear; a global shipping crisis and shortage of some types of containers already has the industry overall scrambling. Those same troubles have made shipping lines allergic to delays they can not quantify. Read More

The San Francisco Bar Owner Alliance has come out in support of establishments requiring proof of vaccination to be admitted inside. Yahoo Finance's Dani Romero share show the hospitality industry could be impacted.

NYC Mayor: It’s Time For Mandates; It’s The Only Way To Protect Our People

Move Over COVID: A Drug Resistant Super Bug Fungus Is Now Being Reported In Texas And Washington D.C.

Just when you thought things couldn't get any better on the global health landscape, along comes one of those pesky drug-resistant superbug fungi.

An outbreak of such a "superbug" has spread among patients in hospitals and long-term care facilities in Texas and Washington, D.C., according to CBS News. The 30 day mortality rate for the outbreaks, combined, was 30% the report said.

The Centers for Disease Control and Prevention said late last week that the Candida auris fungus preys on people with weak immune systems and that cases were the result of person-to-person transmission. Read More

A recent report found that most Covid-19 disinformation online is spread by just 12 people - and one of them is the nephew of former President John F. Kennedy.

Robert F Kennedy Jr. cemented himself as a prominent anti-vaccine advocate well before the pandemic. But his rhetoric took on a whole new meaning when the Covid-19 pandemic took over the world in March 2020.

Geospatial technology is like Google Maps on steroids, detailing all features of buildings and infrastructure in cities, and then overlaying that with the tracking of people as they move about that infrastructure. Such ubiquitous tracking leads to digital slavery and total control over the entire system. ⁃ TN Editor

Here you can explore the latest trends, research and analysis on Republic of Korea.

As a relative youngster among legacy publications like the Wall Street Journal (1889) and the New York Times (1851), 96-year-old TIME wasn’t around to cover the first or second industrial revolutions, in which steam and then electricity transformed the world’s economies. But we were early to the third, the one led by microchips and software, and stayed on it for half a century, perhaps most famously in a piece (written, ironically, on a 15-year-old Royal 440 typewriter) that named the computer “Machine of the Year” for 1982 and heralded the dawn of a new era. Read More

Immunization Agenda 2030: A Global Strategy To Leave No One Behind

Immunization is a global health and development success story, saving millions of lives every year. We now have vaccines to prevent more than 20 life-threatening diseases, helping people of all ages live longer, healthier lives. Immunization is the foundation of the primary health care system and an indisputable human right. It’s also one of the best health investments money can buy. Yet despite tremendous progress, far too many people around the world – including nearly 20 million infants each year – have insufficient access to vaccines. In some countries, progress has stalled or even reversed, and there is a real risk that complacency will undermine past achievements. Read More

The 2030 Agenda as Blueprint for a Post-COVID World

As we mark the fifth anniversary of the adoption of the 2030 Agenda for Sustainable Development, the best celebration of this landmark agreement will be to place it at the center of efforts to design sustainable solutions and build back better. The 2030 Agenda provides the blueprint we need, and its 17 Sustainable Development Goals (SDGs) identify ways in which the global community can collaborate to achieve the interconnected social, economic, and environmental challenges we now face.

We are not starting from a strong place, however. The SDG Summit in September 2019 called progress to date insufficient, and analyses pointed to stagnation in efforts to address SDG 2 (zero hunger), SDG 13 (climate action) and SDG 10 (reducing inequalities).[1] The COVID-19 pandemic has added further challenges for making progress on the SDGs. Poverty, hunger, and inequalities have increased around the world. Economic growth has also moved in reverse. Read More