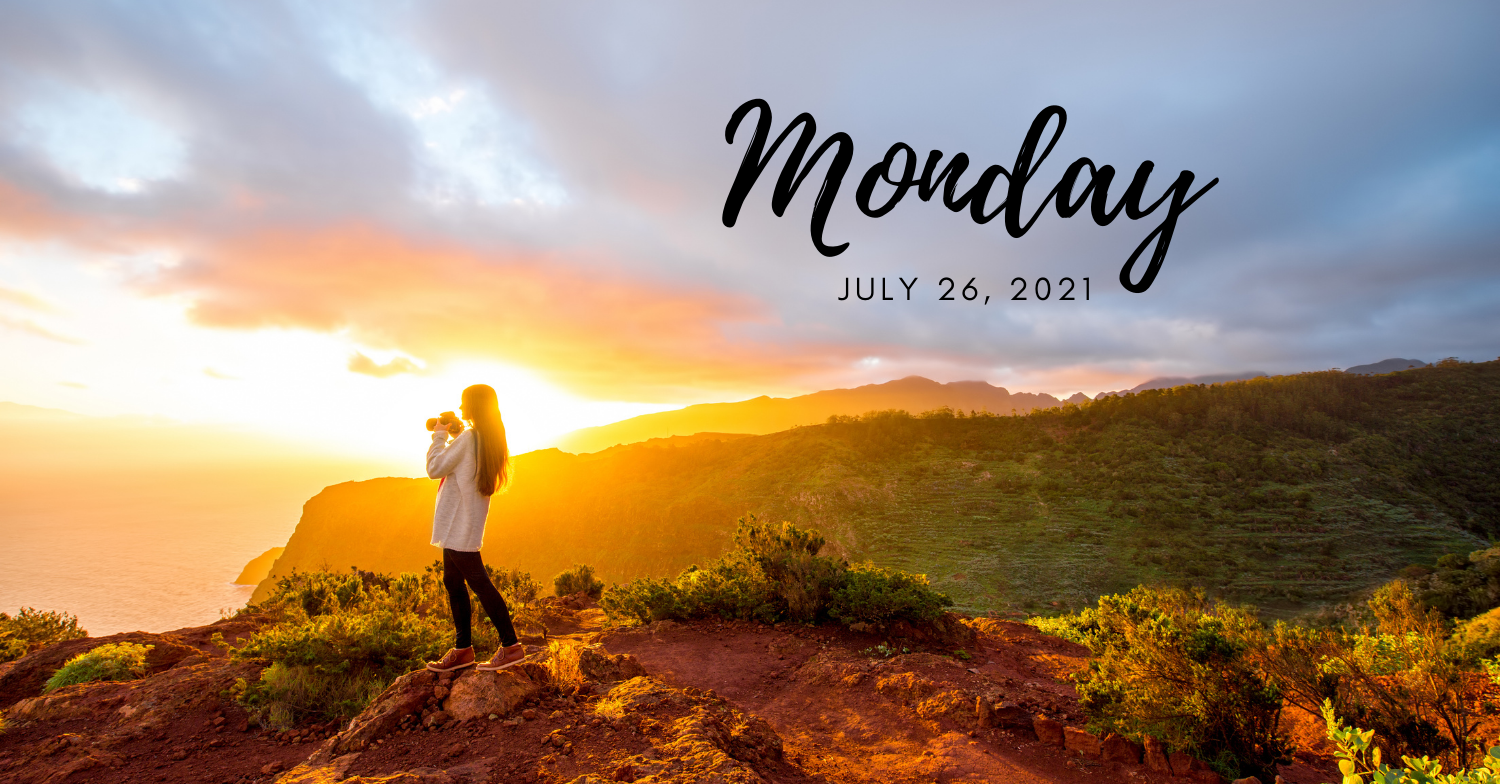 * Fauci, Walensky "How We Can Prevent Return To Early Days Of Pandemic With Delta Variant Spread

* The Days Of Vaccine Lotteries Are Waning

The Opening Ceremony kicked off on Friday with several artists participating in a rendition of “Imagine” — which asks listeners to, ironically, imagine there are “no countries.” The Suginami Junior Chorus and Spanish musician Alejandro Sanz were also featured in the number.

Legend, an overtly Hollywood, belted out the lyrics, “Imagine no possessions/I wonder if you can/No need for greed or hunger/A brotherhood of man/ Imagine all the people/ Sharing all the world.” Read More

Fauci, Walensky: How We Can Prevent Return To Early Days Of Pandemic With Delta Variant Spread

At Tuesday's Senate Health Committee hearing, Sen. Patty Murray (D-WA) asked Dr. Anthony Fauci and CDC Director Dr. Rochelle Walensky what can be done to prevent the Delta variant's spread, as well as what data is being used to chart the vaccine and immunity.

The Days Of Vaccine Lotteries Are Waning. Here Come The Mandates.

Getting a COVID-19 vaccine in summer 2021 could have given you a shot at a million dollars. Soon, not getting one could cost you your job.

Health officials and politicians have tried to stay positive in recent months as vaccination rates plummet, turning to ad campaigns touting giveaways and lottery drawings. And then the ultra-contagious delta variant arrived.

Now health officials say the nation's lagging vaccine rates are creating a spiraling public health crisis as the unvaccinated rapidly get sick and the protective power of vaccines is given a "stress test." A growing chorus of voices say people who resist vaccinations should face pressure — and consequences.

Mississippi’s attorney general urged the Supreme Court in a Thursday brief to overrule Roe v. Wade next term when the justices review Mississippi’s ban on virtually all abortions after 15 weeks of pregnancy.

Washington — Vice Admiral Dr. Jerome Adams, the former surgeon general of the United States, said Sunday that the coronavirus pandemic is "spiraling out of control" again because too few people are vaccinated.

In an interview with "Face the Nation," Adams urged those who have yet to receive their coronavirus vaccines to do so, as the highly contagious Delta variant continues to sweep across the country and leaves some governors pleading with unvaccinated residents to get their shots.

"There's also real harm to you because, guess what? More mitigation is coming, whether it's masking or whether it's closures or whether it's your kids having to return to virtual learning, that is coming," Adams said on "Face the Nation," speaking to unvaccinated Americans. "And it's coming because this pandemic is spiraling out of control yet again, and it's spiraling out of control because we don't have enough people vaccinated. So get vaccinated because it helps your neighbors, but get vaccinated because it's going to help every single American enjoy the freedoms that we want to return to." Read More

Introducing animal genes into common crops has enabled scientists to massively increase their yield and make them more resistant to drought, according to a new study.  A consortium of researchers from the US and China manipulated the ribonucleic acid, or RNA, of potato and rice plants by adding a gene called FTO.

COVID VAX? U.S. Supreme Court Case - “New & Useful Composition Of Matter,” Can Be Patented. People Who Take The Vax Now Have Altered DNA Which Is Patentable

People who willingly take the so-called "Vaccine" against COVID-19, may be turning themselves into someone else's Patentable property by willingly allowing the alteration of their DNA into a “new and useful . . . composition of matter."

HELENA, Mont. — Few places in the world rival Montana’s fly fishing, and the state’s cold, clear mountain streams are renowned for their large populations of trout, especially the rainbow and brown.

But this is a drought year, and a confluence of extreme conditions now threatens the state’s legendary waters. Higher temperatures early in the year, worryingly low river levels, fish die-offs and pressure from the crush of anglers yearning to recapture a year lost to the pandemic have swirled into a growing crisis. Read More

The NFL has taken a hard stance against its unvaccinated players for this upcoming season.

Some of those players are openly unhappy, but one of the country's foremost experts on public health likes what he sees.In an interview with "CBS Evening News," Dr. Anthony Fauci praised the league for strongly pushing players to get vaccinated by threatening to force teams to forfeit games in the event of a COVID-19 outbreak among unvaccinated players: Read More

As hospitalizations increase, COVID-19 infections are significantly on the rise in Louisiana, Arkansas, and Florida.

Anti-Vaccine Protest In Paris Turns Violent With Clashes Against Police

Thousands rallied in central Paris against a plan by the French government to introduce Covid-19 vaccine passes that will be required to enter restaurants and other venues. A smaller number of protesters clashed violently with the police. France is seeing a spike in Covid-19 cases.