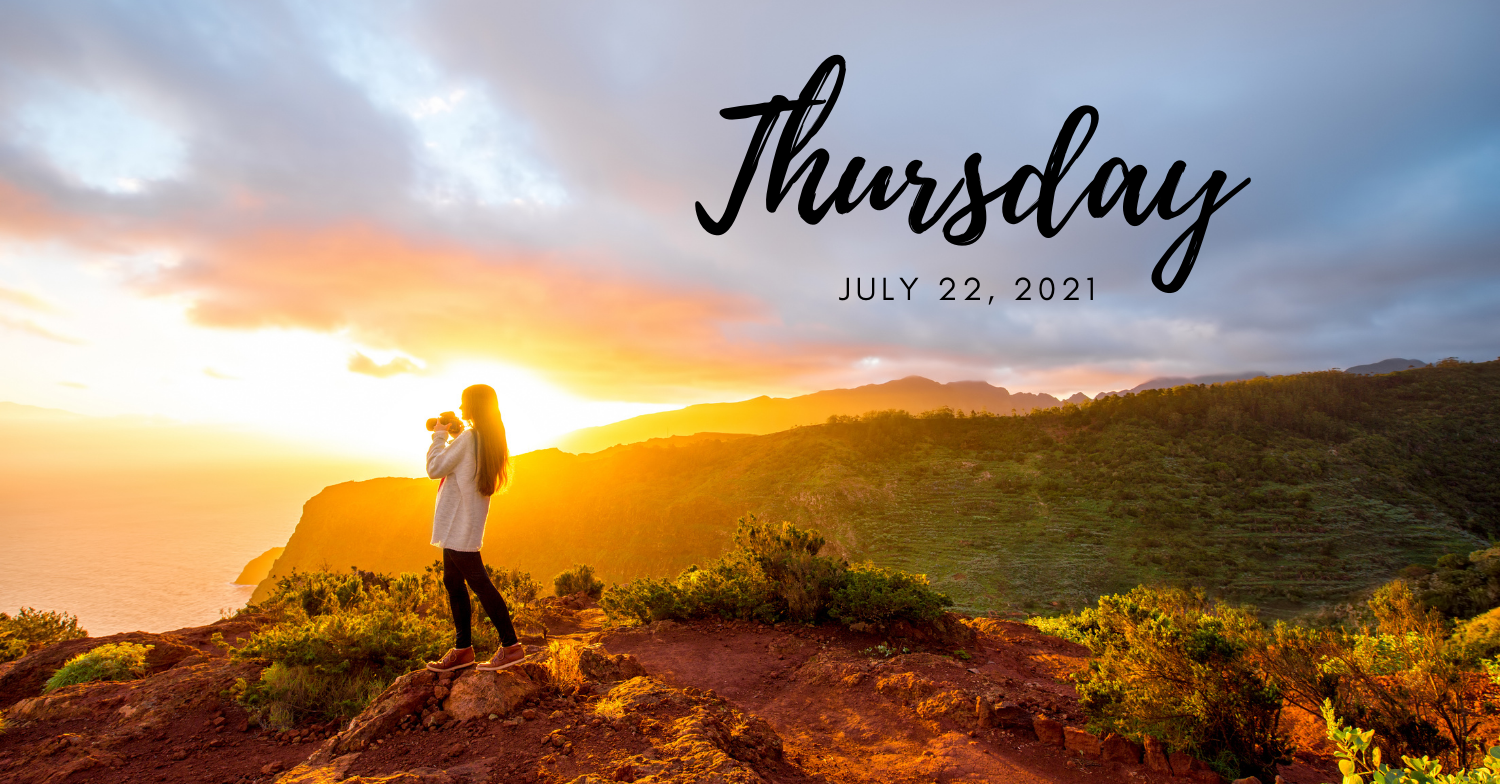 * Elon Musk's Neuralink Is Being Outperformed By This Spanish Graphene Startup

* Why Are Soros And Gates Buying U.K. Covid Testing Company

* More Than 200 People In U.S. Being Monitored For Possible Monkeypox Exposure, CDC Says

(Meredith) – The Texas Senate passed a bill Friday that will no longer require public schools to teach about slavery nor about the Ku Klux Klan’s ideologies and actions as “morally wrong.”

Senate Bill 3 eliminates a requirement that students be taught the “history of white supremacy, including but not limited to the institution of slavery, the eugenics movement, and the Ku Klux Klan, and the ways in which it is morally wrong.”

The bill passed 18-4 in the Republican-led Senate.The bill cuts some two dozen curriculum requirements, including the study of Martin Luther King Jr.’s “I Have a Dream” speech. The works of United Farm Workers leader Cesar Chavez were also among the cuts, as are Susan B. Anthony’s writings about the women’s suffragist movement. Teachings of Native American history were also cut.   Read More

For the first time in more than a decade, the state has remapped the tsunami evacuation zones for California. The Bay Area could be in grave danger if an earthquake-driven tsunami hits our shores.

Preparing for natural disasters is what many of us do in the Bay Area. Now, state geologists say a once-in-a-lifetime tsunami could inundate more of the Bay Area than first thought.

The Bay Area learned first hand what the force of a tsunami can do when an earthquake struck Japan in 2011, sending strong waves surging into Santa Cruz Harbor, leaving heavy damage.

In 1964, a M9.2 earthquake in Alaska sent a tsunami which did heavy damage on the California coast and parts of the North Bay. Read More

The U.S. Navy has started a series of tests on its newest and most advanced aircraft carrier by detonating powerful explosions to determine whether the ship is ready for war. The first of the tests, which are known as Full Ship Shock Trials, occurred Friday when the Navy set off a giant explosive event near the USS Gerald R. Ford, according to a statement.

A procedural vote to advance the $579 billion bipartisan infrastructure framework failed in the Senate on Wednesday after Republicans unsuccessfully pushed Majority Leader Chuck Schumer to delay the vote to allow negotiators to finalize the details of the plan.

CNBC's Meg Tirrell reports on a settlement in a lawsuit against opioid distributors in the U.S.

Russia's permafrost is thawing and this is what it's unveiling

A mammoth graveyard, the sinking ground and the carbon hidden beneath the surface.

ABC News’ Patrick Reevell uncovers some of the alleged abuse in Russia directed at Jehovah’s Witnesses since 2017, as Russian officials announced why they are targeting the religious group.

In February, Elon Musk told the world that his brain-computer interface company Neuralink had wired up a monkey to play video games with its mind. Unsurprisingly, given the US billionaire specialises in viral moments like these, the announcement made a splash across the world.

But one Spanish startup was not so impressed, having spent the last eight years developing a specialised neural implant made of graphene — which it believes vastly outperforms Musk’s Neuralink.

“Brain interfaces need to do three things well: record brain signals, stimulate them and then be stable for many, many years in the brain,” says Inbrain cofounder and chief executive Carolina Aguilar. Read More

A study recently conducted by Graphene Flagship partners the University of Strasbourg and CNRS, France, in collaboration with Nanyang Technological University in Singapore, has shown that graphene quantum dots are biodegradable by two enzymes found in the human body.

Graphene quantum dots (GQDs) are tiny flakes usually smaller than five nanometres that have potential for many applications. GQDs are fluorescent, so they can absorb light and then emit it, often at a different wavelength. They are also so small that they can penetrate cells. Together, these properties pave the way to a wide array of applications in bioimaging, biosensing and new therapies - among other potential uses. Read More

“It’s an Epidemic”: Arizona Sheriff BLASTS Biden Over Border Crisis in His State

Why Are Soros And Gates Buying UK COVID Testing Company?

A consortium of investors led by the Soros Economic Development Fund (SEDF) and the Bill & Melinda Gates Foundation are buying UK-based COVID testing company, Mologic, which has developed a 10-minute coronavirus test - and is best known for its deep-nostril swab test for the virus.

According to Forbes, citing a Monday press release, the buyout was done to increase access to "affordable state-of-the-art medical technology" via a rapid 'lateral flow' test, which offers an early-warning screening for Covid-19, as negative tests are going to be increasingly required to go back to 'normal life' - along with one's vaccine passport of course. Read More

Wheat crops are failing in the US, Canada, and Russia--the "breadbasket" top exporters that feed the rest of the world--as other exporters like Kazakhstan restrict their exports to protect their own people. Engineered attacks on supply chains continue from South Africa to Vietnam. Food prices are exploding as shortages can no longer be hidden, and the true crisis of global food shortages lies ahead. Grow your own food now!

The man, who was identified by authorities only as “DW,” had tested positive for Covid-19. He then disguised himself as his wife and used her identification and negative PCR test to board a domestic Citilink flight from Jakarta to Ternate. Citilink is a low-cost carrier operated by Garuda Indonesia, the country’s largest airline.

Perhaps the most remarkable part of the caper is that the man almost got away with it. After fooling airport and airline authorities at Jakarta’s Halim Perdana Kusuma Airport, the man made a crucial error mid-flight, when he entered the aircraft lavatory in women’s clothing and exited in men’s attire. An observant flight attendant noticed the unusual transformation and notified authorities on the ground, who were waiting in Ternate to apprehend the passenger when he got off the plane. Read More

More than 200 people in U.S. being monitored for possible monkeypox exposure, CDC says

More than 200 people in 27 states are being monitored for possible exposure to monkeypox after they had contact with an individual who contracted the disease in Nigeria before traveling to the United States this month, according to the Centers for Disease Control and Prevention. To date, no additional cases have been detected.

State and local health authorities are working with the CDC to identify and assess the individuals, and follow up with them daily until late this month, said Andrea McCollum, who leads the poxvirus epidemiology unit at the agency’s National Center for Emerging and Zoonotic Infectious Diseases. Read More

Thanks to AI, we just got stunningly powerful tools to decode life.

In two back-to-back papers last week, scientists at DeepMind and the University of Washington described deep learning-based methods to solve protein folding—the last step of executing the programming in our DNA, and a “once in a generation advance.”

Proteins are the minions of life. They form our bodies, fuel our metabolism, and are the target of most of today’s medicine. They start out as a simple ribbon, translated from DNA, and subsequently fold into intricate three-dimensional architectures. Similar to Transformers, many protein units further assemble into massive, moving complexes that change their structure depending on their functional needs at the moment. Read More

Surpassing the biological limitations of the brain and using one’s mind to interact with and control external electronic devices may sound like the distant cyborg future, but it could come sooner than we think.

Researchers from Imperial College London conducted a review of modern commercial brain-computer interface (BCI) devices, and they discuss the primary technological limitations and humanitarian concerns of these devices in APL Bioengineering, from AIP Publishing.

The most promising method to achieve real-world BCI applications is through electroencephalography (EEG), a method of monitoring the brain noninvasively through its electrical activity. EEG-based BCIs, or eBCIs, will require a number of technological advances prior to widespread use, but more importantly, they will raise a variety of social, ethical, and legal concerns. Read More

THROUGH YOUR PHONE | August 11th