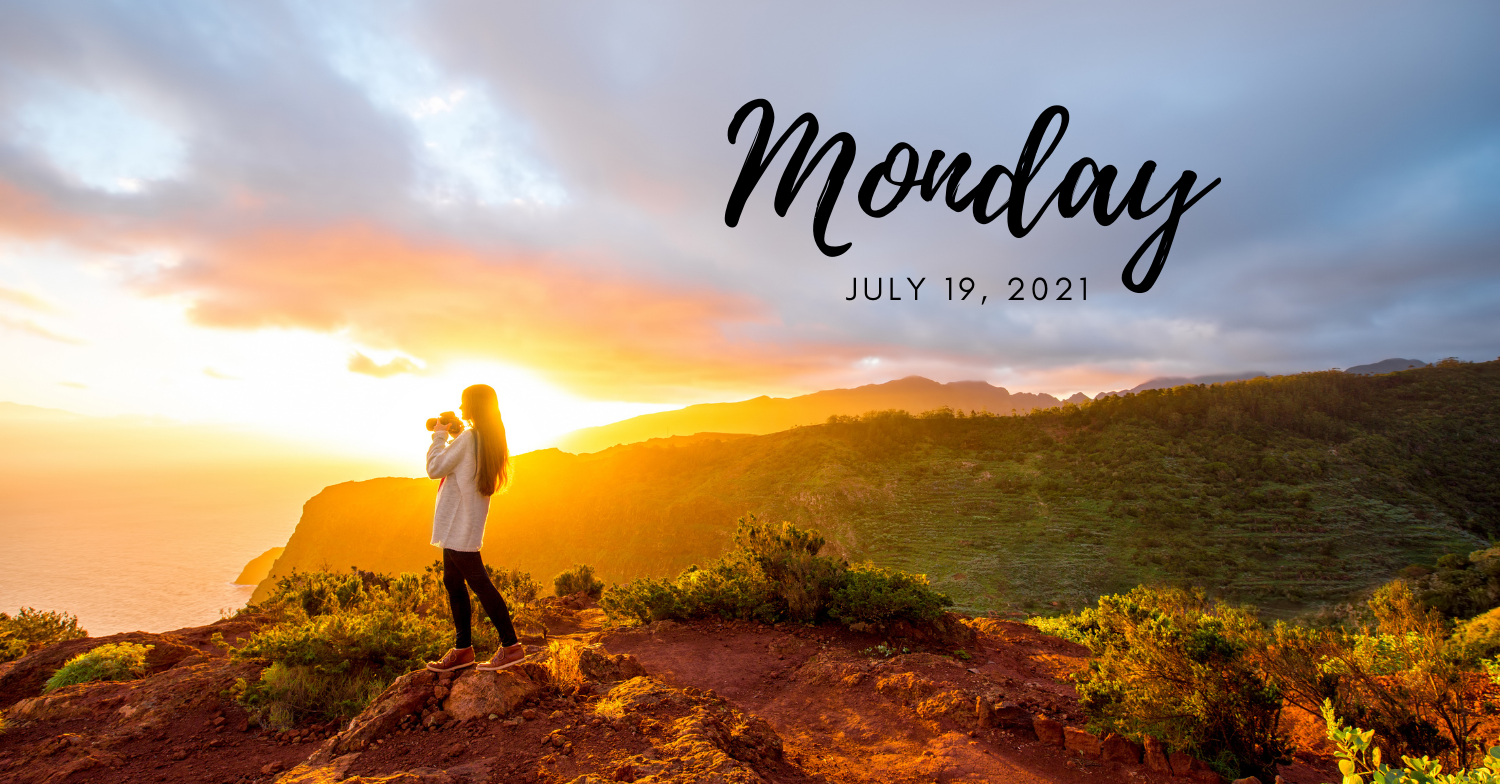 * "Facebook Is Not The Reason"  Vaccination Goal Was Missed

* Spyware Used To Target Journalists And Activists Around The World

TOKYO (AP) — Two South African soccer players have become the first athletes inside the Olympic Village to test positive for COVID-19, with the Tokyo Games opening on Friday.An official with the South African soccer team also tested positive, as did a fourth member of South Africa’s contingent, the head coach of the rugby sevens team. The rugby team was in a pre-Games training camp in another Japanese city.

Organizers confirmed the positive tests for the two athletes in the Olympic Village in Tokyo on Sunday but didn’t identify them other than to say they were non-Japanese.The South African Olympic committee later confirmed the three COVID-19 cases in its soccer delegation at the village — two players and a video analyst. All three were now in isolation at the Tokyo 2020 isolation facility, the South African Olympic committee said. The players were defender Thabiso Monyane and midfielder Kamohelo Mahlatsi.

Two non-Japanese athletes living in the Olympic Village have tested positive for COVID-19, the first to do so with the Tokyo Games opening next Friday.

Tesla Full Self Driving Version 9 IS HERE! In 2021, Tesla has made huge improvements to Tesla's full self driving. Let's look at the latest update with Tesla FSD 9 including the subscription model!

A Virginia school board rejected a policy from the state's Education Department that requires administrators to call students by pronouns reflecting their chosen gender identity rather than their biological pronouns.

The Russell County school board unanimously voted Thursday to reject the state's mandatory changes to the transgender policy after residents voiced their opposition to the new guidelines for transgender students. Read More

For the past 4 years, the Trump Administration has been committed to strengthening American leadership in artificial intelligence (AI). After recognizing the strategic importance of AI to the Nation’s future economy and security, the Trump Administration issued the first ever national AI strategy, committed to doubling AI research investment, established the first-ever national AI research institutes, released the world’s first AI regulatory guidance, forged new international AI alliances, and established guidance for Federal use of AI.

Building upon this critical foundation, today the White House Office of Science and Technology Policy (OSTP) established the National Artificial Intelligence Initiative Office, further accelerating our efforts to ensure America’s leadership in this critical field for years to come. The Office is charged with overseeing and implementing the United States national AI strategy and will serve as the central hub for Federal coordination and collaboration in AI research and policymaking across the government, as well as with private sector, academia, and other stakeholders. Read More

A political action committee tied to Republican Florida Gov. Ron DeSantis has been selling anti-mask and anti-Fauci merchandise, including shirts that read "don't Fauci my Florida." Dr. Anthony Fauci reacts with CNN's Jim Acosta, saying he has "no idea" what it's about.

The Israeli government has unveiled a program called “Happy Badges” that will restrict attendees of large gatherings such as parties and weddings based on vaccination status, COVID recovery status, and whether the individual in question has recently tested negative for COVID-19. The ‘Happy Badge” system will apply to all gatherings composed of over 100 people. Read More

The FedNow Service will be available to depository institutions in the United States and will enable individuals and businesses to send instant payments through their depository institution accounts. The service is intended to be a flexible, neutral platform that supports a broad variety of instant payments. At the most fundamental level, the service will provide interbank clearing and settlement that enables funds to be transferred from the account of a sender to the account of a receiver in near real-time and at any time, any day of the year. Depository institutions and their service providers will be able to build on this fundamental capability to offer value-added services to their customers.

The FedNow Service will be designed to maintain uninterrupted 24x7x365 processing with security features to support payment integrity and data security. The service will have a 24-hour business day each day of the week, including weekends and holidays. End-of-day balances will be reported on Federal Reserve accounting records for each participating depository institution on each FedNow Service business day. Access to intraday credit will be provided to participants in the FedNow Service during its business day under the same terms and conditions as for other Federal Reserve services. Read More

HEIMERSHEIM, Germany — The train station has been reduced to rubble, wrecked cars lie on the tracks and uprooted trees line the riverbank.

Hundreds in the village of Heimersheim were still without power as police combed the wreckage left by receded water on Sunday to look for bodies and potentially flammable material.

There were similar scenes across western Germany and other parts of Europe where the cleanup from last week's disastrous flooding continued. At least 180 people have died, officials confirmed Sunday, thousands more are missing. Read More

WASHINGTON — Facebook and the Biden administration engaged in an increasingly rancorous back and forth over the weekend after the administration denounced the social media giant for spreading misinformation about the Covid-19 vaccines.

On Sunday, the surgeon general, Vivek Murthy, reiterated warnings that false stories about the vaccines had become a dangerous health hazard. “These platforms have to recognize they’ve played a major role in the increase in speed and scale with which misinformation is spreading,” Mr. Murthy said Sunday on CNN.

In a blog post on Saturday, Facebook called on the administration to stop “finger-pointing” and laid out what it had done to encourage users to get vaccinated. The social network also detailed how it had clamped down on lies about the vaccines, which officials have said led people to refuse to be vaccinated. Read More

Spyware Used To Target Journalists And Activists Around The World, Reports Indicate

Military-grade spyware was used to hack the smartphones of dozens of journalists and activists, according to an investigation conducted and reported by 17 media organizations.

The Pegasus spyware was created and leased by the NSO Group, an Israeli firm. It is designed to be used to track terrorists by military, intelligence agencies and law enforcement officials. However, the list of countries with large numbers of hacking targets suggests the extremely sophisticated spyware may well have been provided to some leaders with problematic human-rights records seeking to persecute enemies, such as Viktor Orban of Hungary. Read More

Apple’s recently-launched iPhone privacy feature, App Tracking Transparency (ATT) is proving to be a triumphant success—that is, if you care about privacy.

According to a recent Bloomberg article, iOS 14.5’s ATT, as predicted, has really hurt the likes of Facebook and its advertisers. In fact, the latest figures from Branch, which analyses mobile app growth, show that 75% of iPhone users are opting out of being tracked across their iPhones. Read More

VP Kamala Harris met with Texas Democratic lawmakers who fled the state to avoid passing a restrictive voting law again today, and shared the highlights in this video.

Sen. John Thune (R-SD) speaks about a rise in crime and defunding the police on the Senate floor on Thursday.