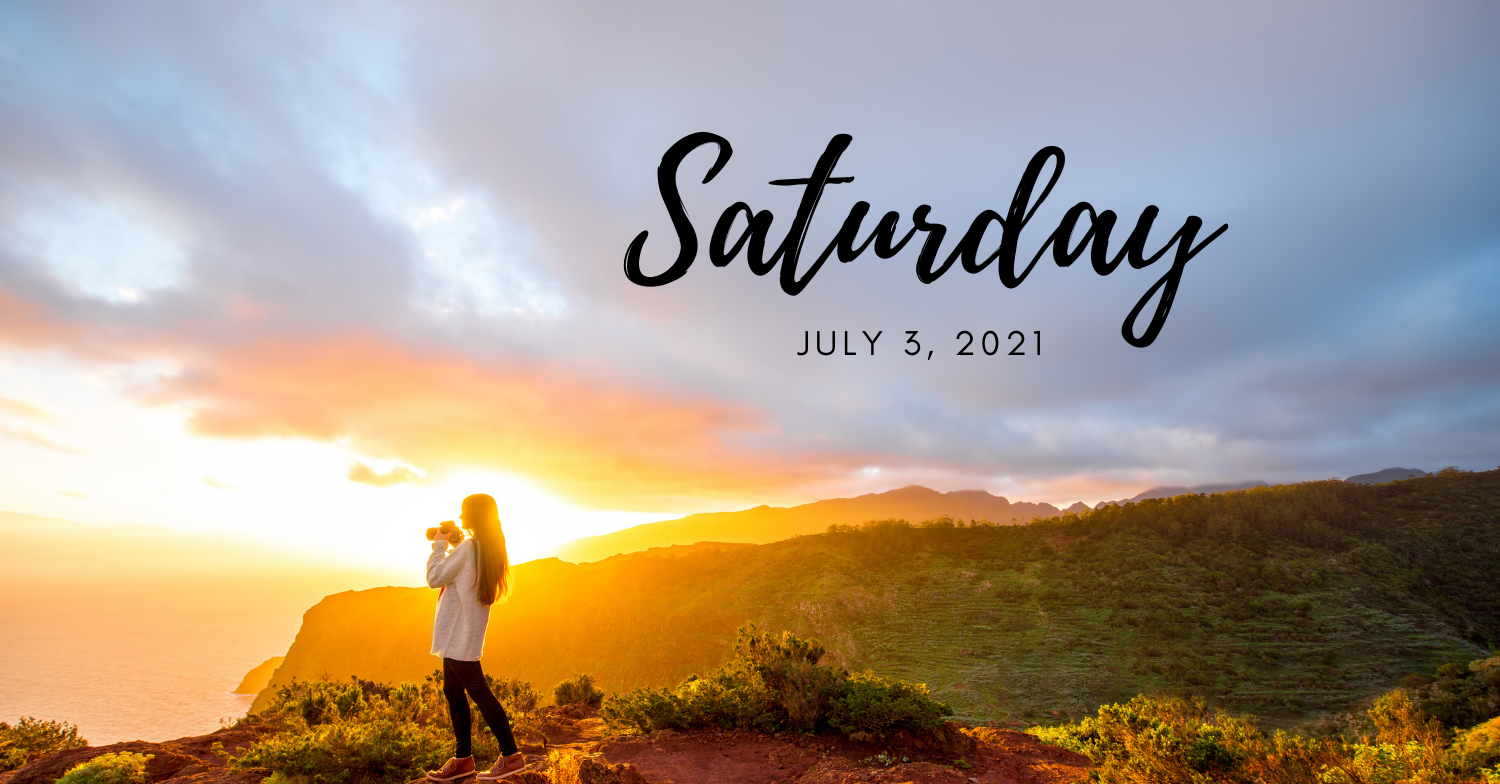 * What's Next For Voting Rights in AZ

* Trump to Hold Rally in FL

Johnson & Johnson said that its single-shot coronavirus vaccine neutralizes the fast-spreading delta variant provides durable protection against infection more broadly. The delta variant is projected to become the most dominant stand within the U.S. in the coming weeks. Read More

A New Era Begins At Amazon

Loup Ventures' Gene Munster on the beginning of the Andy Jassy era at Amazon, as Jeff Bezos steps down on Monday. With CNBC's Leslie Picker.

Saturday, Florida Governor Ron DeSantis held a press conference on the state of the Surfside building rescue and investigation.

What's Next For Voting Rights After The Supreme Court's Decision

The court upheld two Arizona laws — one of which banned the collection of absentee ballots by anyone other than a relative or caregiver, otherwise known as "ballot harvesting." the other threw out any ballots cast in the wrong precinct.

When the Westland Real Estate Group bought Liberty Village, a sprawling 1,000-unit apartment complex on the northeastern edge of Las Vegas nearly two years ago, the police department identified it as one of the city’s most frequent sources of 911 calls.“There was a little bit of everything,” said Dena Lerner, a spokeswoman for Westland. “A lot of gang activity that revolved around controlled substances, prostitution, dog rings. We had issues with gun rings, drive-by shootings, robberies, assaults — we’re talking everything.”So earlier this year, Westland introduced a broader program to reduce crime and added an “autonomous security robot” manufactured by Knightscope, a Silicon Valley company to make the complex safer. Each robot is given a nickname, and the one roaming around Liberty Village is called “Westy.”This model, K5, is a conical, bulky, artificial intelligence-powered robot that stands just over 5 feet tall. Westy slowly roams around at about a human walking speed, with four internal cameras capturing a constant 360-degree view. It also can scan and record license plates and unique digital identifiers that every cellphone broadcasts, known as MAC addresses. But it’s unclear how much Westy has reduced crime at Liberty Village. Knightscope, which is eagerly trying to recruit new clients, told local news outlets that Westy had resulted in a “significant drop in 911 calls,” underscoring “yet another crime-fighting win.” Knightscope included articles about Westy as part of its recent pitch to individual investors and in its plans to take the company public. Officer Aden Ocampo-Gomez, a spokesman for the Las Vegas Metropolitan Police Department, said that while the complex is no longer in the agency’s top 10 list for most frequent 911 calls in the northeastern part of the Las Vegas Valley, he doesn’t think all the credit should go to Westy.“I cannot say it was due to the robot,” he said. As more government agencies and private sector companies resort to robots to help fight crime, the verdict is out about how effective they are in actually reducing it. Knightscope, which experts say is the dominant player in this market, has cited little public evidence that its robots have reduced crime as the company deploys them everywhere from a Georgia shopping mall to an Arizona development to a Nevada casino. Knightscope’s clients also don’t know how much these security robots help.“Are we seeing dramatic changes since we deployed the robot in January?” Lerner, the Westland spokesperson said. “No. But I do believe it is a great tool to keep a community as large as this, to keep it safer, to keep it controlled.”For its part, Knightscope maintains on its website that the robots “predict and prevent crime,” without much evidence that they do so. Experts say this is a bold claim.

For Biden And Trump, A Tale Of Very Different Weeks

For President Biden and former President Trump, it was a tale of two very different weeks.

Biden, rebounding from one of the biggest errors of his presidency, flew to Florida to comfort mourning families after the Surfside condo tragedy, and then closed the week by touting a strong jobs report.

The Florida trip earned praise from Republicans and even a bipartisan photo-op with GOP Gov. Ron DeSantis, a potential presidential rival and Trump loyalist. Read More

5 States Where The Coronavirus Delta Variant Is Spreading

The highly transmissible delta variant has been officially confirmed in all 50 states as of this week, and health officials nationwide are raising alarms about localized coronavirus outbreaks as the Fourth of July weekend arrives.

The Centers for Disease Control and Prevention (CDC) estimates the strain makes up about a quarter of U.S. cases, with top infectious diseases expert Anthony Fauci calling it the “greatest threat” to getting rid of COVID-19.

Amid the variant’s spread, the country recorded a 10 percent increase in its seven-day average this week, although the average is 95 percent lower than the U.S.’s early January peak, CDC Director Rochelle Walensky said Read More

Trump To Hold Rally in Florida, Across State From Building Disaster

Former President Donald J. Trump is set to hold a Fourth of July-themed rally on Saturday night in Sarasota, Fla., across the state from where a tragedy has been unfolding for more than a week as firefighters, search dogs and emergency crews search for survivors in the collapse of a residential building just north of Miami Beach.

The planned political rally in the midst of a disaster that has horrified the nation has become a topic of discussion among aides to the former president and Gov. Ron DeSantis of Florida, a Trump ally whose growing popularity with the former president’s supporters is becoming an increasing source of tension for both men, according to people familiar with their thinking. Read More

MOSCOW—Russia is adopting increasingly coercive measures to convince Russians to be vaccinated, as authorities try to reboot a flailing vaccination campaign and race to beat back a surge in Covid-19 cases caused by the more infectious Delta variant.

Local authorities in some areas of Russia have made vaccination compulsory for service-sector employees, meaning that millions of workers, ranging from hairdressers to bank tellers, face the threat of unpaid leave if they don’t get inoculated.

Restaurants and shops could be closed for months if they don’t have 60% vaccinated staff by mid-July. And as of late June, only the inoculated, those who have recovered in the past six months or who have a negative test can enter Moscow restaurants and coffee shops. Read More

Around 48 million Americans are expected to travel over the #July4th holiday weekend, AAA says, despite the highest gas prices in seven years pic.twitter.com/2ihrFhRaOR

A nurse-assisting robot named Moxi has been working with clinical staff on the neurology unit at Texas Health Presbyterian Hospital Dallas. During the month-long trial, Moxi helped with fetch-and-gather tasks such as delivering admissions kits, lab specimens and picking up and... Read More

Sunny D this is excellent !! Thank you for this newsletter like it much!

Thank you for keeping us informed on things!