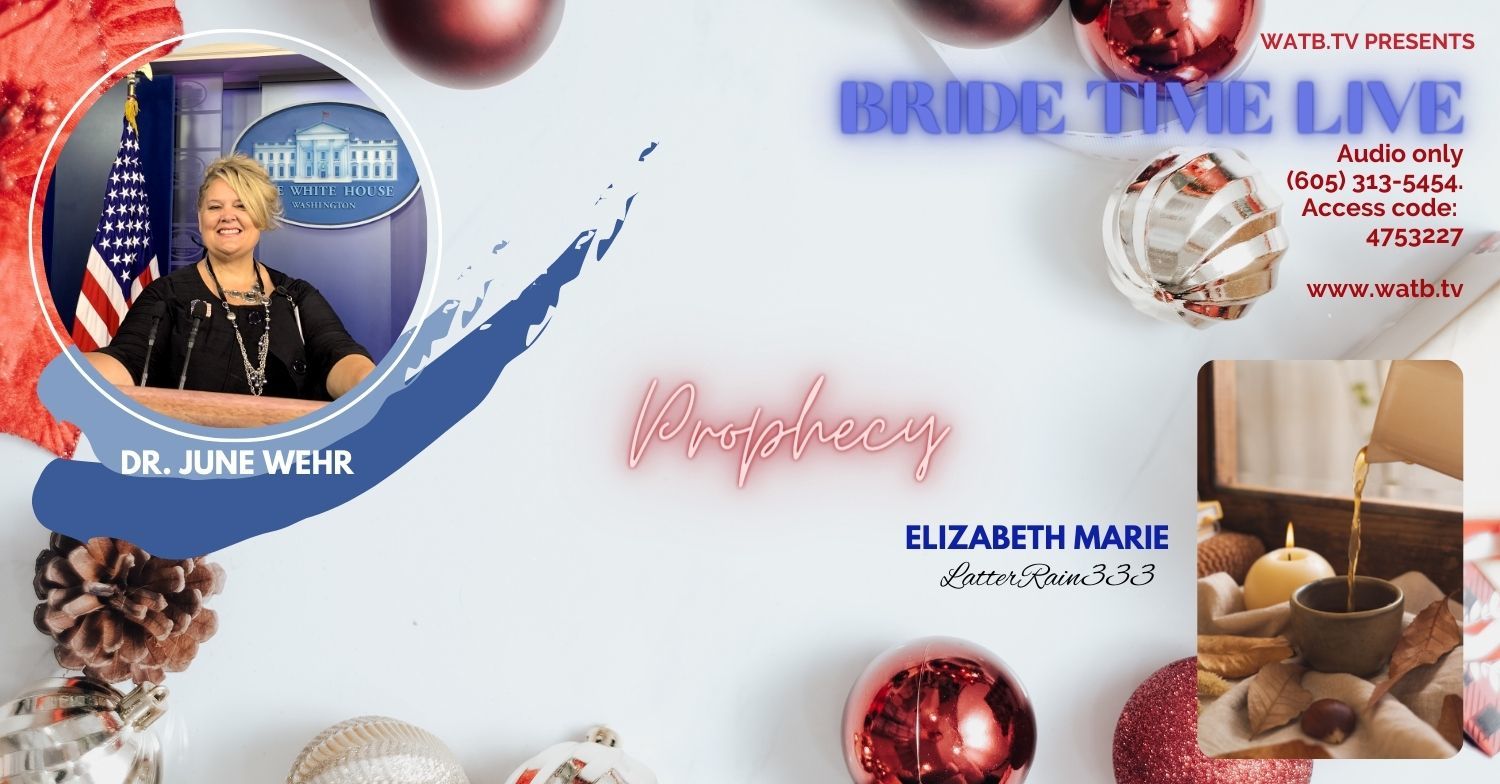 Elizabeth has dreams and visions from the Lord. She's going to share many with us. She also shares her life story.

I was born into a family of unbelievers....a wonderful, but pagan family, who did not believe in GOD at all.  By high-school, I met some people, that shared JESUS with me.  That very night I gave my life over to the LORD.

A few years later, I attended a Christian Bible College, and majored in elementary ed and minored in Bible. I later went on to further studies in Special Education, specializing in dyslexia, and started my own practice.

Then in 2009, I became baptized in the HOLY SPIRIT, at a special meeting at a home church.  My life changed almost immediately....I started receiving dreams, visions, words and messages from the LORD.  It was then that the LORD gave me a commission to WAKE UP the church from its slumber, and told me to go to a few specific churches to share the message of 2 Chronicles 7:14.  I was also to share the JUDGMENTS that were coming....through the WARNINGS I am given.

A few years later, the LORD added to that commission, that I was to help  and aid in 'FEEDING THE SHEEP;' 'EQUIPPING THE SAINTS;' 'PREPARING THE BRIDE FOR HIS COMING;' and 'SETTING THE CAPTIVES FREE.'

In 2012 I started sharing some of what the LORD had given me on a YOUTUBE CHANNEL called LATTERRAIN333, and then in 2018, I started a BLOG called LIFELINE LETTERS.  I put up the WARNING on both my CHANNEL and BLOG, and then the other prophecies I put out through my monthly Newsletter.