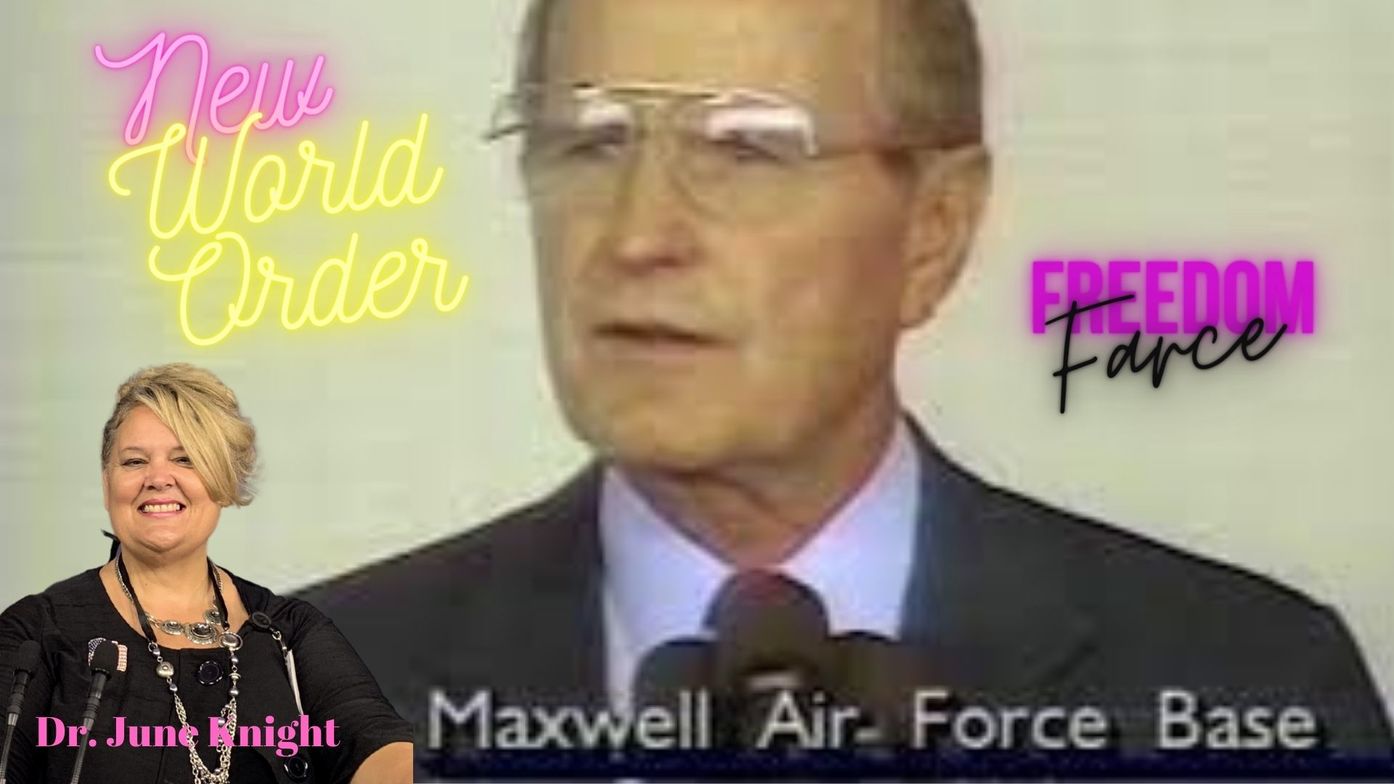 March 15, 2022 - As I'm writing my Freedom Farce book, I come across President Bush's New World Order Speech! Very interesting that it was held in Montgomery, Alabama!!!

President George H.W. Bush spoke at the commencement of the Air University in Maxwell Air Force Base in Alabama University on the New World Order. His remarks were made in the Fuel Cell Hanger at the base. In his remarks, President Bush praised the performance of the U.S. Air Force in the Persian Gulf war, and said a New World Order was now “within our reach.” The New World Order could emerge from the rubble that was the Cold War and the Warsaw Pact. He stressed the need for a policy of “active engagement” to prevent the eventual worsening of relations that followed each of the two World Wars. He said the New World Order was a responsibility, created by the U.S.' successes, to achieve stability, economic progress and peace around the world. The responsibility of the U.S. was not to maintain perpetual global peace, but to contain aggression. Also, the indigenous people must decide their own political futures.

Freedom House is founded on the core conviction that freedom flourishes in democratic nations where governments are accountable to their people.

A discussion series for all who believe in the future and promise of American democracy.

Join Freedom House, the National Center for Civil and Human Rights, the George W. Bush Institute, and Issue One for 360° conversations that are forward-thinking and dedicated to one of the most important issues of our time.

The program features journalist-led conversations with the thinkers, activists, policymakers, and organizations envisioning what a more vibrant and inclusive democracy in America could look like - and what it will take to get there.

Issue One is the leading crosspartisan political reform group in Washington, D.C.

We unite Republicans, Democrats, and independents in the movement to strengthen American democracy.

Our mission is more critical than ever: Our democratic republic is under greater stress than it has been in generations, as the fates of democracies all over the world face uncertain futures.

Issue One is fighting to protect U.S. elections, lessen political polarization, limit the influence of big money over politics, and improve the ability of Congress to solve problems.

No major political reform has passed Congress without support from both political parties in the past 70 years. That’s why we work in a crosspartisan manner — inside and outside of Congress — on all of our priorities.

Our work is powered by our ReFormers Caucus of nearly 200 former members of Congress, governors, and Cabinet officials, the largest bipartisan coalition of its kind ever assembled to advocate for our democracy.

Since our founding in 2014, Issue One has had an outsized impact.

Notice how they "modernized congress". This means they made them GLOBAL!

Notice how they say they are repairing the bridge between the two parties! CAN YOU SAY ONE WORLD ORDER!!!

Encouraging democratization and respect for human rights globally are essential to advancing American values, as well as security and economic interests around the world. The values that underpin democracy and human rights are not just American values — they are universal ones.

This Call to Action urges a wide array of actors in American society to redouble their efforts to support democracy and human rights globally for the prosperity, stability, and well-being of our own country; for democracies around the world; and for people living under authoritarian rule.

A LOOK BACK: AMERICAN HISTORICAL SUPPORT

A LOOK AHEAD: THE EXPANDED CASE FOR SUPPORTING DEMOCRACY AND HUMAN RIGHTS 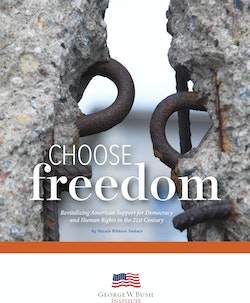 To be the world’s leading campaign for political prisoners in the Middle East. To be a home for the helpless and a voice for the voiceless.

I connected the dots from the 41st President to the 45th. Think about it.