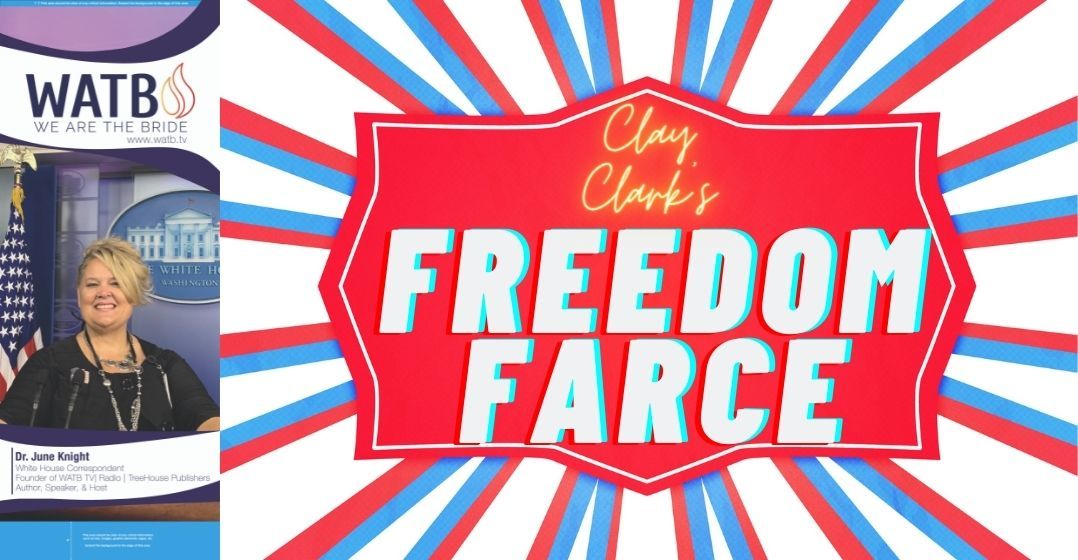 November 16, 2021 - Clay Clark is at it again at the FREEDOM FARCE debacle in Texas. They are in John Hagee's church shouting, "Let's Go Brandon". See videos below:

This chant that you hear is led by none other than the FARCE himself, Clay Clark. He has made such a mockery of the church this year and this is just the topping on the cake! This is a mockery in God's eyes! Stench in His nostrils! This is what "Let's Go Brandon" really means: (excuse the cussing)

According to Florida Today:

Beware: "Let's go, Brandon" isn't a cheerleader-type statement aimed to motivate some guy named Brandon or the area of Brandon, Florida. It's code for swearing at President Joe Biden, in particular the F word, and you might hear it at the biggest of sporting events, it's appearing more and more online, on social media — and from some notable politicians. Here's a roundup about the phrase, what we know and who has used it. What does #LetsGoBrandon mean? The phrase "Let's go, Brandon" actually means "F--- Joe Biden."

So, as you can see, once again, this FREEDOM FARCE is cussing in God's sanctuary and acting apostate. It should be no shock coming from John Hagee considering he is a part of the apostate church partnering with the Beast. However, to those of us who know that the unsuspecting Christians sitting in that room who have no idea what their pastor is up is mistakenly being led down a very dangerous path. God help all those souls.

As far as the FREEDOM FARCE, we rebuke all of you. This is a mockery of Christianity and people are laughing at your rediculousness.  This is a joke and very sad to all of us. Real Christianity does not act like this. They travel across this country partnering with the New Age doctors, Trump, and the apostate church and spew vomit all over the bible colleges and churches they step into. It's a disgrace to Christianity.

Here’s another angle. This wasn’t a spontaneous crowd chant. This was led from the stage. pic.twitter.com/tWh9vvasau

This type of behavior is what is causing the world to laugh at us and lose all respect. God help us all.

Let's pray Church will open their eyes before it's too late!

**See video below to explain about the FREEDOM FARCE.**

Another thing that I've been revealing is how Greg Locke has been calling the nation to war. He has been doing much with second amendment rights, etc. I've revealed this in many shows. By those traveling and doing this in these cities is setting us up for the great persecution. It is a circus show to mock us. Look at this:

The "Reawaken America" event at John Hagee's church featured a who's who of Christian nationalists, anti-vaxxers, Pentecostal believers, election conspiracy evangelists -- all joining for an end-times battle for Americahttps://t.co/p8v5KJ0Mz2