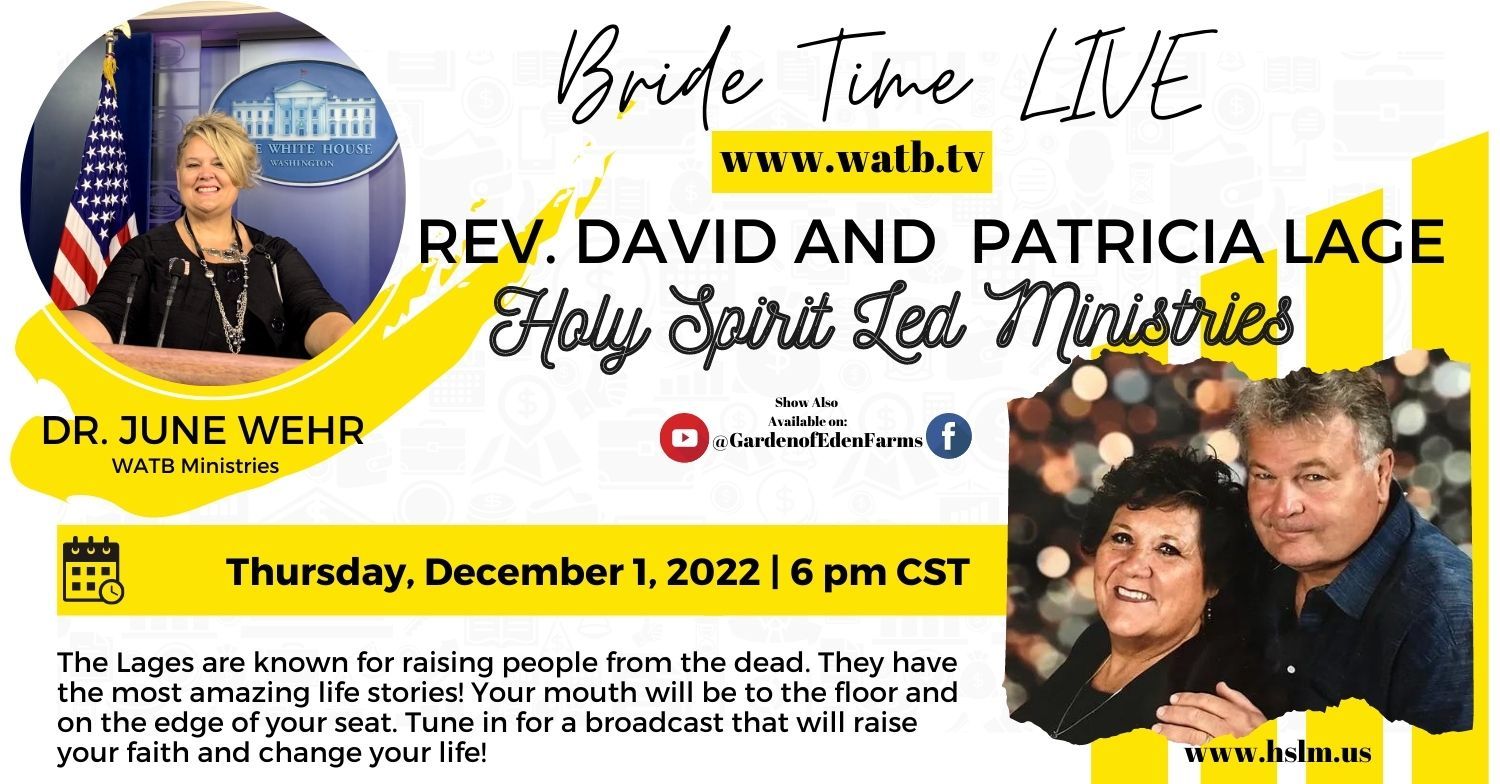 Rev. Lage is known for raising people from the dead. He has the most amazing life story! Your mouth will be to the floor and on the edge of your seat. Tune in for a broadcast that will raise your faith and change your life!

About Rev. Dave and Patricia Lage:

Dave and Patricia Lage are itinerante ministers that have committed their lives to equip the saints for the work of the ministry. They got married in 2008 and ordained through Tom Stamman of Impact Ministries International. They also founded in 2008 what is now Holy Spirit Led Ministries. Additionally, they are ordained through Kingsway Fellowship International. Dave and Patricia have both successfully ministered healing and even resurrection from the dead to God’s glory. Since the founding of the ministry, God has used them in over 100,000 healings. The blind see, the lame walk, and cancer flees among so many other disablements and diseases. Patty hosts the weekly webcast, “I Believe in Miracles” with frequent guests to testify about highlights of the good things God has done. Dave Lage has lived a life that closely resembles that of an Indiana Jones thrill ride of an adventure. Because of his grandmother’s genuine prayers, he got filled with the Holy Spirit from in his mother’s womb. His grandmother, a firm believer in God, told him as a four year old that if he laid hands on the sick, God would fix it. With childlike faith, he acted in that belief and the results were phenomenal! However, he had an abusive and neglectful upbringing. He got run over by cars, tractors, and motorcycles. His unique and powerful testimony includes to have died on four different occasions and come back from the dead for the destiny God had for him. While away from the body, he went to Heaven and met Jesus. Check out the exciting book about Dave’s life called, “Raised ~ The Dave Lage Story: Destiny Defeated Death” authored by Cheryl Fritz and his wife Patricia Lage.